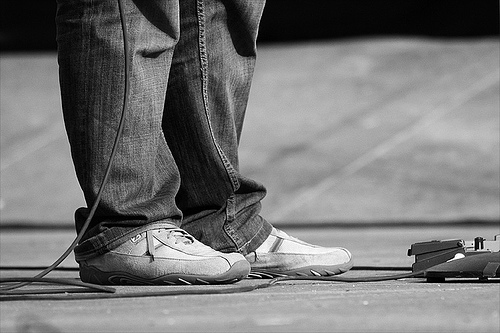 Photo by Reza Vaziri / CC BY

an AC30 pedal makes a lot of sense. The Vox AC30 amp, after all, broke the mold when it first came out in 1958. Originally intended to give guitarists a louder and more powerful amplifier option, it became known as much for its treble-heavy tone as its output volume. The jangling high-end became a defining characteristic of the British tube amp sound, gracing the stage of such iconic groups as the Beatles and Queen.

Vox still makes AC30 amps today, but whether you’re shopping for a vintage model or looking at their modern versions, it’ll set you back at least $1,000. So, as you already know, if you want that distinctive sound but don’t have that kind of cash, you want to look into an AC30 pedal. These handy little stompboxes give you the tone of the AC30 amp at a fraction of the price. Even better, many of them come with extra tone-shaping features you couldn’t find on the original amp.

Below are our recommendations for the 4 best AC30 pedals on the market: 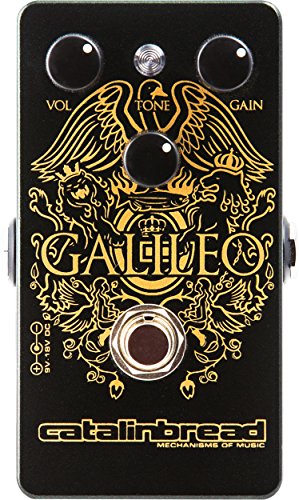 Let’s start things off with what’s honestly our favorite of the bunch: the Catalinbread Galileo. This pedal brings you an AC30 pre-amp section, giving you a tone reminiscent of Brian May. And that’s not all it does, either. It also incorporates a custom-tuned Range booster. The combination gives you an impressive range of sounds perfect for creating a British tone.

This is a hefty pedal (see full specs), both in terms of the size and maybe the price (fluctuations do happen, though). Having said that, it’s definitely worth the investment, in terms of both the build quality and the sound performance. And it can do more than just Queen cover bands, too. Controls for gain, tone, and volume let you customize the effect. Overall, this pedal is both bold and versatile, and maybe the best “AC30 in a box” out there.

Catalinbread Galileo - Instant Brian May in a Box!!!! 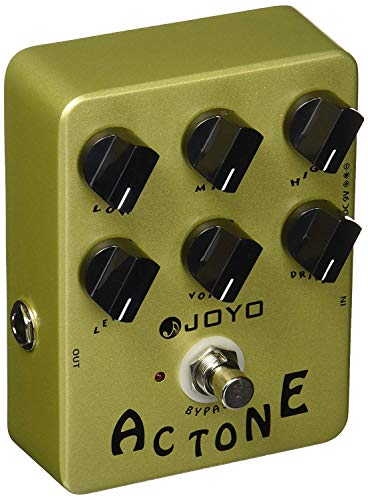 If you like to keep most of your green in your wallet, the Joyo JF-13 is for you. It’s the best AC30 pedal for the money, with vintage styling to match the classic tone and 6 knobs for tweaking the effect. It’s another hefty pedal size-wise, which is a turn-off for some players. If size isn’t an issue for you, though, you’ll find the Joyo AC Tone to be an exceptional value.

The modeling on the AC Tone isn’t perfect, but it sounds natural and captures both the warmth and crunch of the famous Vox amp. The main thing you’ll miss with this pedal compared to more expensive options is the gain. It won’t boost your volume as much as the other options. On the other hand, it has knobs for adjusting the effect within the low, mid, or high frequency range, something you can’t do on most AC30 pedals. If you care more about the tone than the volume, this just might be the perfect pedal for you. 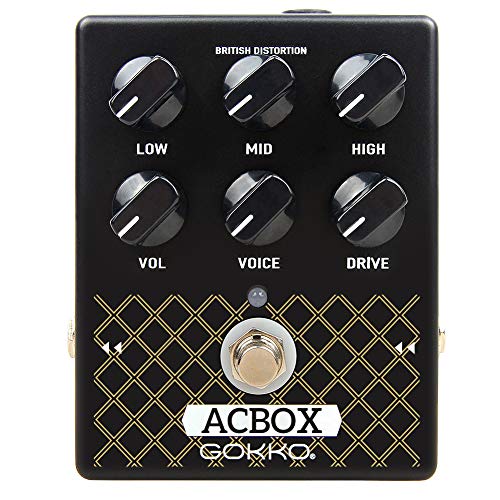 Here’s another very affordable option that’s actually quite similar to the pedal above. The Gokko GK-35 has the same six knobs of control, including separate adjustments for the bass, mid, and treble. With a sturdy all-metal case, it’s a road-worthy pedal with an impressive array of sonic possibilities inside.

The clean sound on this pedal is a bit warmer than you’ll find on the Joyo. The Gokko ACBox does distortion well, too—you won’t lose your tone if you crank the level to 10. You can also get a wider range of effects from this pedal than other budget-friendly options, and all the overdrive settings have rich harmonic overtones. It’s your best affordable option if you want the basic sound of the Vox AC30 but with a modern twist. 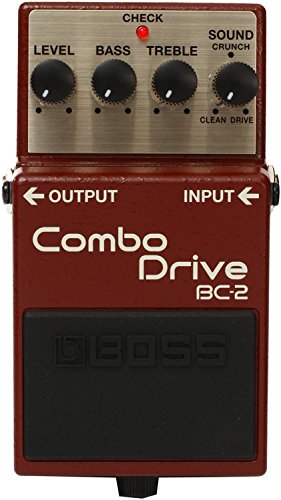 Boss has such an extensive range of pedals you’ll find pretty much every effect in their catalog, including an AC30 pedal: their Combo Drive BC-2. It’s an authentic-sounding Vox in a box with a smooth sustain and the controls to take it from crisp cleans to massive crunch. While you can get vintage tones out of this pedal, it’s definitely not a one-trick pony.

While this pedal (see full specs) does sound good, its biggest advantage is its size. It’s about half the dimensions of most of the AC30 pedals on this list, saving you a lot of space on your pedal rack. The smart raised-pedal design keeps the pedal from feeling cramped, and it has a sold, all-metal casing to boot. If you like compact sizes, this is the best AC30 pedal you’ll find, and not too expensive.

Sound is paramount when it comes to effect pedals. This is especially true when you’re talking about a very specific effect, like an AC30 pedal. Everyone has a certain sound in mind when they think of an AC30, usually based on the sound popularized by one of its many famous players. So long as the pedal can provide this sound for you, that’s the most important thing.

If you’ve found multiple pedals you like the sound of, that’s when it’s time to look at the other features to help you decide which one to buy. The build of the pedal is important, certainly, both in terms of the size of the casing and its construction. A gigging musician needs to think more about the durability of a pedal than people who mostly play at home. An all-metal construction is more likely to withstand the rigors of the road.

Size is mostly going to be a concern if you already have a lot of different pedals. Obviously an AC30 in a box is a lot smaller than an actual amp whichever way you shake it, so just getting a pedal is a space-saving option already. Still, a lot of AC30 pedals are on the bigger side. Again, this is going to be more of a concern for someone who travels with their effects than a studio or home player.

Getting the best AC30 pedal you can find is a great way to add some new color to your palette. No matter what your budget or size constraints, we hope you’ll find something that works for you on the list above! Good luck!