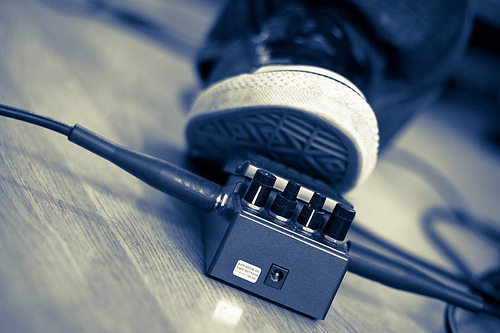 Photo by Jarod Carruthers / CC BY

one of the most practical and most used effects in any genre of music that features guitars. What we’re generally used to is a standard wah pedal, where you have to manually manipulate the expression pedal in order to cut off certain parts of the frequency range. However, there is another form of wah that is becoming more and more popular. Auto wahs are a versatile piece of gear that largely automates the wah-wah effect. There is no expression pedal to worry about.

Instead, the auto wah works as an envelope filter that cuts off parts of the frequency range based on the intensity of the attack. In other words, if you play lightly, you will get a more subtle wah effect, but if you pick strings with more force, the effect will become more apparent. Today, we’re going to show some of the best auto wah pedals on the market. We searched for those that have the best sensitivity, and most versatile performance. Let’s dig right in. 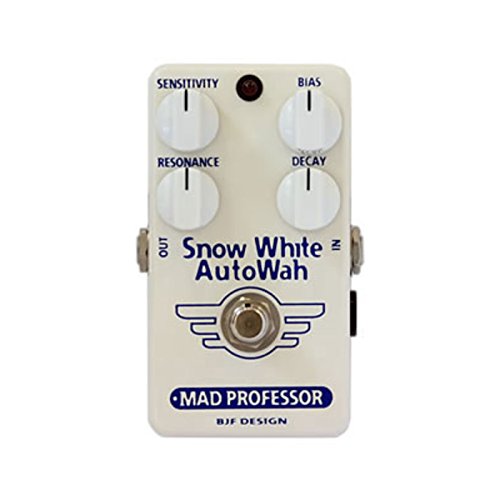 If you want the best there is, Mad Professor Snow White Auto is what you’re looking for. This pedal has become the go-to option for those who value quality and subtle details. It’s not the most expensive piece of gear out there, but it has shown that price doesn’t always dictate performance. On a similar note, it’s not the most elaborate pedal either, but it draws its appeal from elsewhere.

In all essence Mad Professor Snow White Auto (see full specs) is a pretty simple auto wah pedal compared to some other models. It comes in a clean, white case that features four knobs in total along with a stomp switch. These control Sensitivity, Bias, Resonance and Decay. Using the controls available, you can emulate a wide range of wah effects, which allows you to adjust the effect in a way that best suits your genre of music.

The main reason why this pedal has become so popular in a fairly short period of time is due to its impressive performance. Of all the auto wahs currently available, Mad Professor Snow White Auto offers the most organic wah effect. It’s almost identical to what you can experience using some of the best standard wah pedals on the market. You can dial in perfect sensitivity and decay that doesn’t over saturate the signal. In our opinion, with its best bang for your buck ratio, this is the best auto wah pedal for the money. 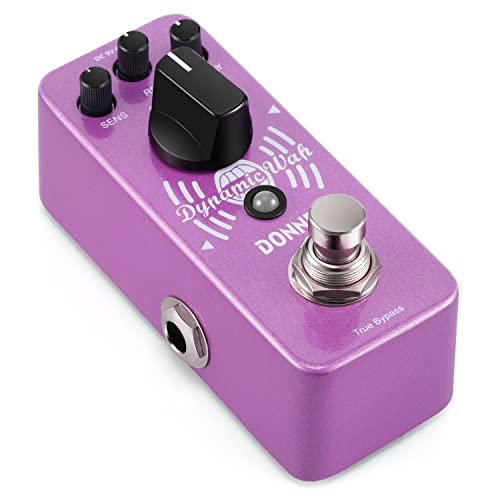 Even if your budget has you searching for rock-bottom prices, you can still add an auto-wah effect to your sound arsenal thanks to this little gem from Donner. Not only is it super-affordable, it’s also very economical in terms of space, with a compact and lightweight design that lets it fit easily into any guitarist’s set-up. It’s not quite as feature-rich as some of the more expensive options on the list, but if all you need is a simple effect pedal it gets the job done at a fraction of the cost.

Given the size and cost, you might be surprised how many customization options you get with this pedal. The main Range knob lets you adjust the frequency range of the filter. Smaller knobs above it give you the option to tweak the sensitivity, sharpness (RES), and decay of the effect. The all-analog circuitry with a true bypass footswitch maintains the signal integrity.

The Donner Mini Auto-Wah is a very responsive pedal, capable of producing an impressive range of effect tones. The analog circuitry gives you an effect with a high-quality tone—none of the artificial or thin-sounding effects you might expect from a pedal at this price point. It’s easy to adjust, too, with a smooth response from the knobs. Nothing about this pedal sounds or feels like it’s from the budget end of the spectrum. Even the casing is an aluminum alloy, built to stand up to the kind of abuse a pedal can take from a professional musician. If you’re looking for the ultimate value in auto-wah pedals, look no further than this model from Donner. 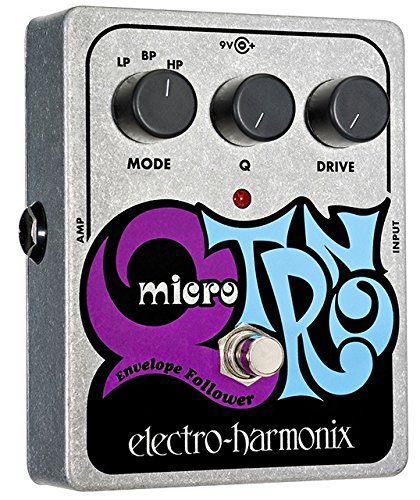 Electro-Harmonix partially established the auto wah branch of the market with their original Q-Tron pedal. The one we’re looking at today is a more recent iteration of this legendary model. It is more complex than the ones we reviewed so far, and it brings a lot of great features that most post users welcome with arms wide open.

This is a double-wide effects pedal that requires a 24v power supply. Right off the bat you know you’re dealing with a beefy stompbox. The front panel is dominated by a series of knobs which essentially allow you to control every single aspect of signal modulation. The first knob is used to select the type of filter you want. You have Low Pass, Band Pass, High Pass and Mixed. Next, you can choose the sweep mode, range, peak, gain and finally boost. That’s a lot of flexibility.

Having so much hands-on control over everything, you have the ability to dial in just about any kind of wah effect you need. On one hand, it’s a welcoming change compared to other models which simplify the whole process, but it’s also overwhelming for some guitar players. If you demand a very broad range and don’t mind the complex nature of this pedal, Q-Tron is probably the best auto wah pedal for you. 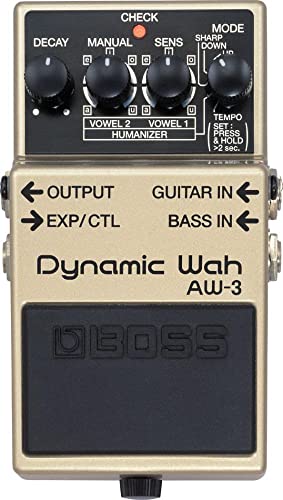 Boss is one of those companies that are capable of delivering great quality at reasonable price, all while mass producing every model they offer. Boss AW-3 is an inexpensive auto way that is perfect for those on a tight budget. With that said, it doesn’t lack much compared to the pedals we mentioned so far.

AW-3 comes in a familiar package we’re used to seeing from Boss. It has four inputs/outputs, including separate inputs for guitar and bass, along with a dedicated expression pedal input. The controls available are pretty extensive but easy to master. Honestly, for the price, it’s one of the more complex models you can find out there.

In terms of performance, you are looking at a more conservative auto wah effect pedal (see full specs). It’s relatively easy to use, while it also comes with some additional features you don’t often find on other models in this group. One good example of this is the Humanizer effect that is available. It may not sound as organic as our first pick on this list, but AW-3 gets the job done.

Conclusion – What to Look for in the Ideal Best Auto Wah

When you’re shopping for an auto wah pedal, you definitely want one that has a decent range and sensitivity. Otherwise, you’re getting a glorified phaser which won’t get you the results you need. Essentially, this is an automated version of a pedal that requires feel and human touch; hence, the ability to make various tonal adjustments with high efficiency is absolutely crucial.

These four pedals represent a good cross-section of the market and are probably the best auto wah pedals you can find in their respective price brackets. Good luck.