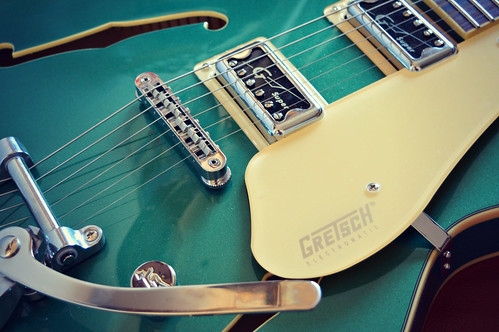 vibrato was the first successful whammy bar to make its way onto electric guitars. Seen most often on guitars made by Gretsch, Bigsby vibratos have a smoother vibrato sound than the tremolo bridge found on Fender guitars—for sonic reference, it’s the vibrato on Neil Young’s early ’50s Gibson Les Paul.

Unlike tremolo bridges, the Bigsby vibrato replaces the guitar’s tailpiece. This means you’ll also need to pair it with the right bridge to get the best sound out of the effect. There are a variety of bridge styles that can work well with a Bigsby tailpiece. It’s paired with a standard Tune-O-Matic bridge on many Gibson models, while other manufacturers use a rocker bridge or one-piece saddle with a floating base.

If you’re looking for a new bridge to pair with a Bigsby tremolo, you have a lot of options, and picking the right one to match your sound isn’t always easy. Let’s check out some bridges for a Bigsby tailpiece so you can get a sense of the different styles and how they feel to play.

Here are our recommendations for the 4 best bridges for Bigsby on the market: 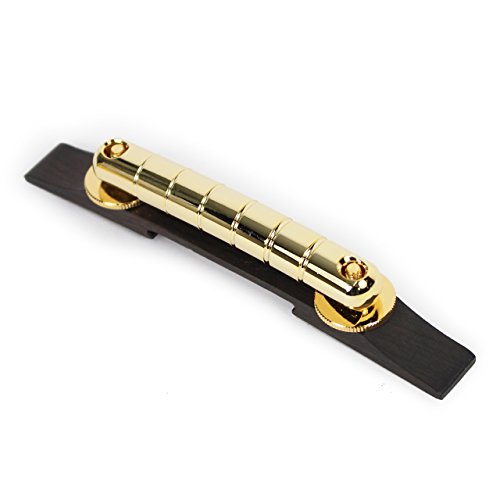 Most Gretsch guitars with Bigsby vibrato tailpieces use a rocking bar. This floating bridge doesn’t use individual saddles for the strings and uses cone-shaped post holes that let the bar rock when the vibrato is used. The strings have more freedom to bend and move, giving you a deeper pitch bend and more pronounced effect than you’ll get with other bridge styles.

From an aesthetic standpoint, this Gretsch Rocking Bar bridge rocking bar bridge is probably the most attractive upgrade you can make to your guitar. The ebony base offsets the gold plating on the bridge, giving it an elegant look that fits the overall styling of most Gretsch guitars nicely.

While this is the most expensive of the bridges on the list, it also provides players with the most freedom to manipulate the strings, with an adjustable height so you can tailor the action to your guitar and playing style. Needless to say, it’s earned its reputation as one of the best bridges for Bigsby.

Installing a Bigsby Bridge on my guitar 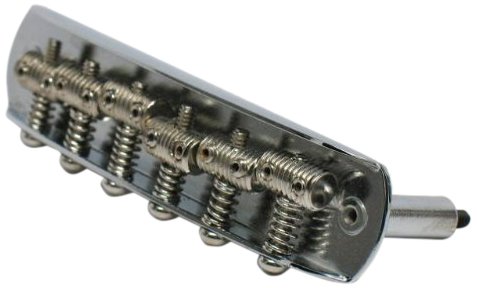 The U-shaped channels on this Fender American Vintage bridge allow the strings to glide through when you engage the vibrato. All six saddles are fully adjustable, as well, so this is a great bridge if you want to maintain fully control over your guitar’s sound and action, whether or not you’re using the effect.

This bridge is sized to be a drop-in replacement for any Fender Jaguar or Jazzmaster model. It’s easy to install on many other models, as well, though you’ll want to double-check the spacing to make sure.

Depending on your guitar, you may need to set the action pretty high on this bridge. Some users report string buzz when using it with a Bigsby tailpiece, more so than with other styles of bridge. That said, it’s generally easy to install and a great choice for anyone who wants a tight, controlled Bigsby vibrato. 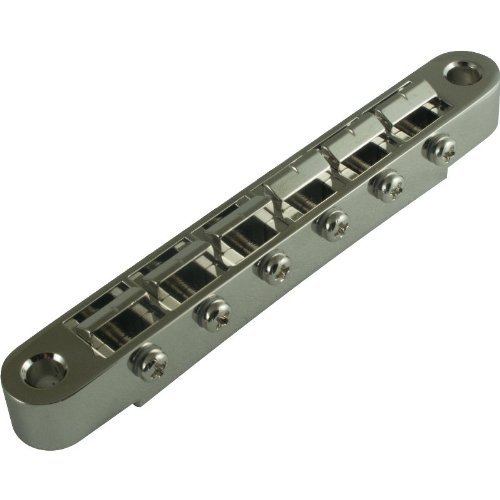 The ABR-1 Tune-O-Matic bridge is the one you’ll find installed on any Gibson guitars with Bigsby tailpieces. This Gotoh version of the hardware is modeled directly off of the Gibson bridge, giving you the same fit and performance at a very attractive price.

The Gotoh ABR-1 Style Tune-O-Matic Bridge comes with all hardware included and uses standard mounting posts to fit modern and vintage Gibson guitars. The saddles are pre-notched and have individual intonation screws for adjusting string tension and pitch. The hard zinc saddles hold the strings firmly in place for solid intonation every time you play.

Using this style of bridge gives you a more versatile Bigsby vibrato effect. It’s easy to adjust the tension on the strings to modify the effect depth, and it’s a very responsive bridge, as well. With the standard fit, it should be a drop-in replacement for any Gibson or Epiphone guitar, as well as many other brands made in the Gibson style (such as Les Pauls). For the money, you can’t go wrong. It’s among the best bridges for Bigsby around. 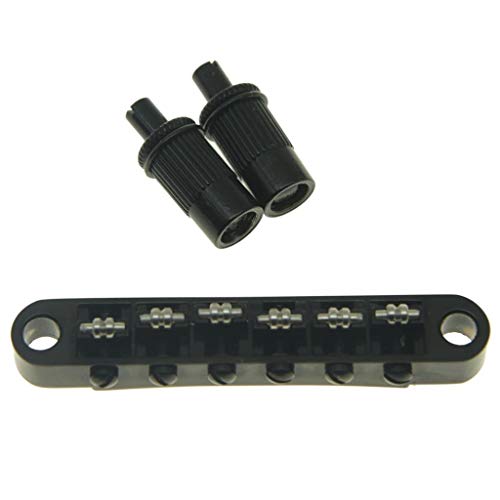 A variant on the Tune-O-Matic bridge above is one with roller saddles, like this bridge from Kaish. Along with working beautifully with a Bigsby tailpiece, roller saddles can extend the length of your strings by reducing the tension. This also gives the sound a more ringing sustain than you get from fixed bridges.

This particular model is also a great choice if you want the best bridge for a Bigsby tailpiece on a budget. It’s still well-made, too, so don’t be put off by the low price. The saddle is stable with no rattling or buzz, and it uses the same standard post sizes you’ll get from other Tune-O-Matic models.

Our only issue with this Kaish bridge is that the tuning screws are hard to adjust. They tend to jam up and are hard to turn when you first install the bridge. Oiling the screws can help, and it does tend to loosen a bit as you use it. The build quality is high enough that the screws didn’t snap under the extra pressure, so it was more a temporary annoyance than a major problem.

Choosing the Best Bridge for Bigsby

While there are differences in how these bridges play with a Bigsby tailpiece, ultimately the decision is more likely to come down to what will fit best on your guitar. Matching the guitar brand to the bridge style is the easiest way to go. If you own a Fender (or another brand modeled after a Fender), the Fender American Vintage Bridge (see full specs) is most likely to fit and sound the best. Les Paul owners, meanwhile, have their choice of Tune-O-Matic bridges (see full specs) to choose from.

The more freedom the strings have to bend and move, the more pronounced the pitch distortion of the vibrato effect will be. Aside from the fit, that’s the main thing to keep in mind as you’re shopping for bridges. That’s not to say a rocking bar bridge is necessarily better than adjustable saddles. It all comes down to your personal taste and style. Good luck!