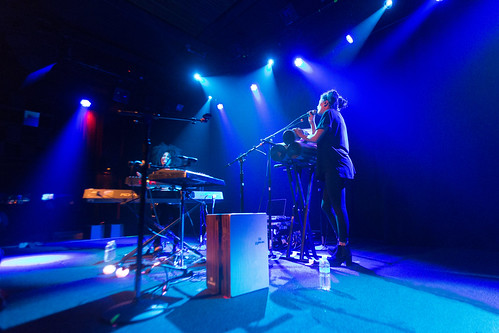 Photo by Amir Clark / CC BY

versatile, easy to transport, simple in its design–is arguably the perfect busking instrument. This can likely be traced back to the Afro-Peruvian drum’s humble origins. The Spanish word cajón means box, crate, or drawer, and the first cajóns were just that: shipping crates or dresser drawers converted to instruments by early African slaves as a substitute for the traditional drums of home. Slight modifications have, of course, been made over the years—screws to adjust the timbre, snares to add variety to the sound, a soundhole in the back to increase amplification. But at its core, the cajón remains a simple box drum played with the hands.

A long-established sound in Flamenco, Peruvian, and Cuban music, the cajón has recently gained a foothold in folk, rock, and pop music, as well. Sometimes called a “drum kit in a box,” the cajón is a fabulous alternative to a full kit for street performers and acoustic groups, capable of producing a comparable range of sounds without requiring any of the set-up.

Here are our recommendations for the 4 best cajon drums on the market: 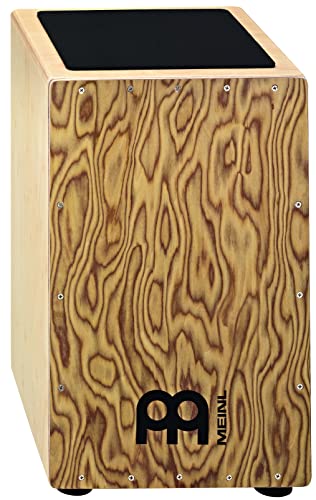 If you’re looking for high-quality hand drums on a budget, look no further than Meinl Percussion. They offer a variety of instruments at reasonable cost that rival the sound of instruments at twice the price. This particular model is a string cajón, giving it a light, dry sizzle that’s traditional in Flamenco style music, a more subtle sound than that produced by snare cajóns. Meinl cajóns also feature their patented integrated string mute system, which controls the tension of the strings and gives the high tones a crisp sizzle. If you’re looking for a low-price option, start here. There are cheaper models on the market, but the greater tone quality and durability make this instrument well worth the slight increase in price. This is one of the best cajon for the money.
Cajon Solo - Bryan Brock playing the MEINL String Cajon Makah Burl 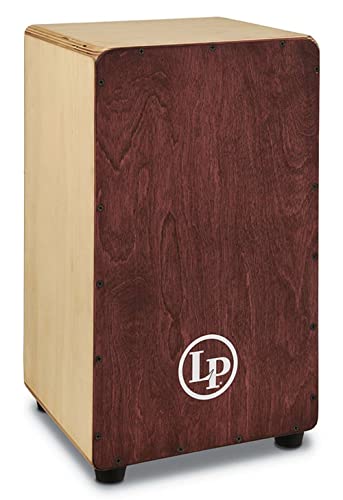 Latin Percussion not only makes quality percussion instruments, but they have a history of making those instruments better. With a cajon from LP, you know you’re getting an instrument that’s been thoughtfully designed inside and out. Given the level of both quality and innovation, it’s a bit surprising that their instruments are also very affordable.

The Groove Wire Cajon linked to here uses Baltic Birch for better resonance. It has a smooth surface that feels great under your fingers. The rounded-corner design also makes it more comfortable to play, too, letting you play for longer before you get tired. Its durability, playability, and sound quality still make it an appealing choice for many players. This is one of the best cajon drums period. 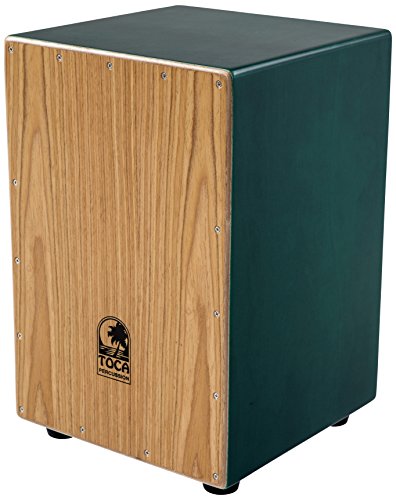 If you’re looking for an excellent mid-range cajón, check out the Toca TCA line. Toca specializes in hand-played percussion, especially the instruments in the Afro-Cuban vein, offering a distinctive sound without the high price tag of the drums above. Toca designs their instruments with player comfort in mind and made this model a bit larger than standard cajóns, with a padded seat on the top. The snares are easily adjustable, and the larger size gives the bass some extra depth and resonance. The volume, comfort, and price make this model ideal for buskers and street performers.
Toca - cajón 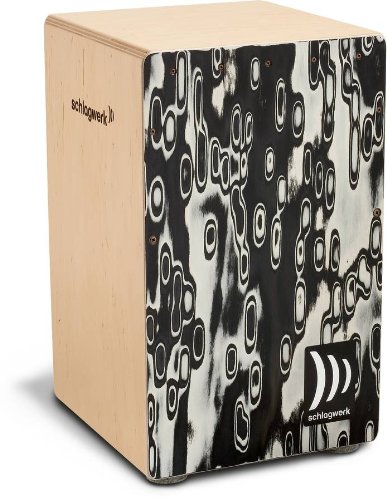 A respected name in the world of cajóns, this German company has been making the instrument for over 30 years, and they bring that experience to every instrument they make. The key to their distinctive sound is their use of special cajón strings that can be adjusted with tuning pegs on the base of the instrument. The CP4017 (see full specs) is one of their professional models. The box is made from durable alder wood, meaning it can stand up to the abuse of frequent gigging, and the skinwood front plate is soft to the touch, making this drum a joy on the fingertips. With a resonant bass and snappy snare sound, this is one of the best cajon brands—a whole package, suitable for any musical style.
Schlagwerk La Peru Black Eyes Cajon Review

Which Cajón should I buy?

Aside from questions of brand and quality, there are many styles of cajón on the market, and which one you want to buy largely depends on the context in which you want to play it. The most traditional applications call for a cajón without snares or strings. It’s rare to find modern cajóns so “au naturale.”

String cajóns are so named for the guitar strings stretched across the interior of the frontplate. This lends a soft sizzle to the top tones, a sound most often heard in Flamenco music. The majority of cajóns on the market have a snare system on the interior, giving the upper tones more snap and clarity. This style of cajón is ideal for rock or folk musicians, and will sound most similar to a standard drum kit in the ensemble.

Getting Ready to Play Cajons

The cajón calls for significantly less set-up than the vast majority of instruments, seeing as it is—at its heart—a simple wooden box. Before you start playing, though, take the time to adjust the snare sound, and explore the full range of tones your cajón can produce. Making these adjustments is quick and easy, and the only tool you’ll need is a Phillips Head screwdriver. Have a friend or bandmate go through this process with you so you can stand back and hear the full sound of your instrument—from the audience’s perspective—at various levels of adjustment.

Once you’ve spent this quality time with your cajón, getting to know its full range of sounds, you’ll find it to be one of the most versatile and useful drums in your percussion cabinet. And with this article, we hope you’ve found the best cajon drum for your needs. Good luck!