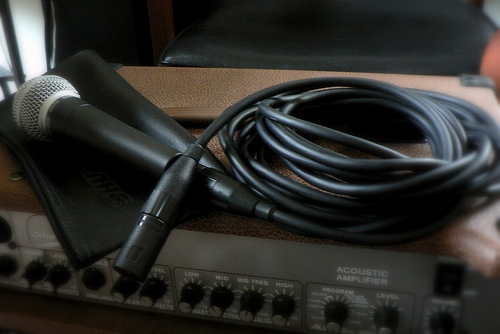 Photo by mahalie stackpole / CC BY

and vocals in general, are probably more dependent on the quality of cables than any other position in a modern band. It’s partially due to their construction and partially due to the length of your average microphone cable. With that said, there’s a whole market for XLR cables out there, filled to the brim with some great and some not so great choices. Which one you choose will depend on your budget and how serious you are about the quality of the signal you’re trying to record or amplify.

Today, we’re going to show you 4 of the best mic cables around. These aren’t too expensive but still bring the type of performance necessary to satisfy all enthusiast, semi-professional, and even some professional needs. We looked for bullet-proof design, equally tough build quality, and generally great performance. Luckily, there are plenty of great XLR mic cables out there so finding some which fit our requirements wasn’t hard at all.

Let’s start this rundown with a truly exceptional set that is a great choice for studios and multi-vocal bands. 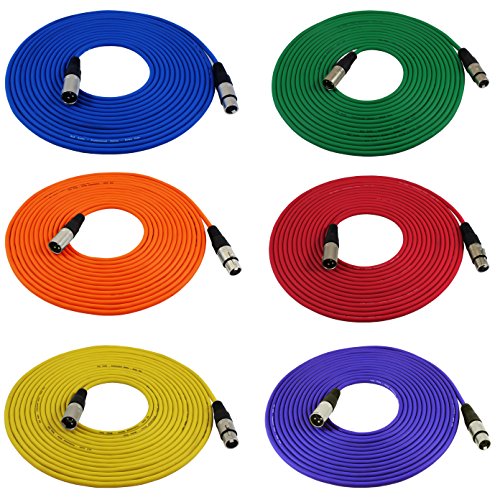 If you have ever worked a stage, you probably know just how confusing all those black cables can be. This is especially true in barely lit venues. GSL Audio remedied that problem with one extremely easy fix. Instead of offering a set of black cables, they’ve decided to go with a set of six colored cables that will completely prevent any misunderstanding no matter how hard it is to see in the venue or a studio.

To those who are building a simple home recording setup, this probably doesn’t seem like an important thing, but keep in mind that sometimes you have to switch microphones or channels on a mixer in a very tight amount of time. In those situations, these are a must have.

In terms of build quality, you are looking at heavy duty jacket, high-grade copper conductor and borderline bulletproof plug (see full specs). Everything combined results in a noise-free signal transmission. This is the type of cable you can use both on stage or in your own home studio. 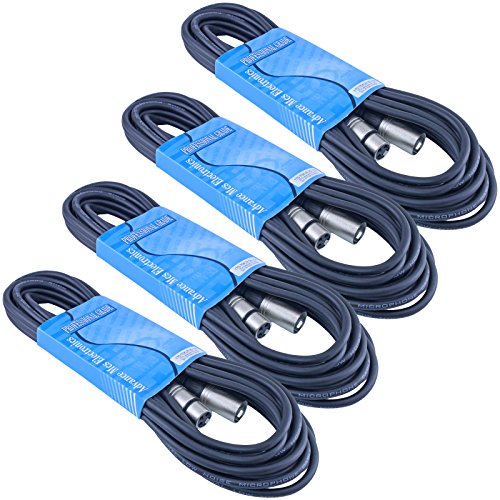 Speaking of cable sets, this MCSproaudio package is a great bang for the buck deal for those who need multiple cables but are working with a tight budget. Unlike GLS Audio set we have just mentioned, these four cables are not color coded, and are all black. The build quality is pretty decent, to say the least. The cable itself is pretty flexible, but not to a point where you should be concerned about its durability.

They have used pretty decent connectors, both male and female. Jacket covering the wire is relatively thick (see full specs), good enough to sustain prolonged studio use. When it comes to cable length, this set feature four 25 ft long units, which is long enough for smaller venues, but might be a problem for larger stages. Overall, this a great set for limited professional use, but perfect for home studio applications. These are among the best mic cables for the money. 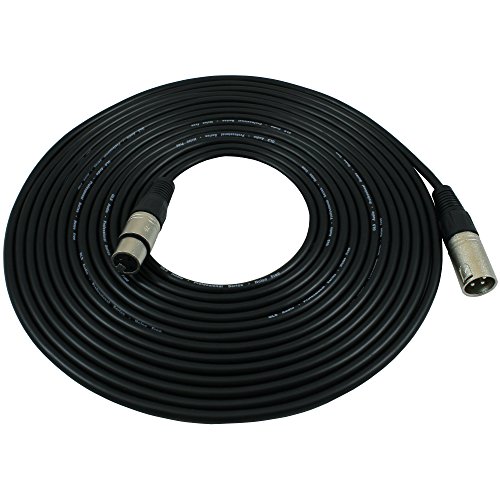 Usually when you want optimal quality, you go for individual cables and look carefully what components are used to build said cables. GLS Audio 25 foot long mic cable is an example of a model done right. If you look carefully, you will see that each individual part of each component has been carefully designed for optimal performance. Let’s start with the plug. It’s a metal/rubber design where they’ve added an extended rubber boot to protect the cable from damaging where it bends the most.

Moving forward, we see a pretty interesting Tri-Grip patent, which also works to relieve some strain from the cable as it exits the plug. They’ve used quality locking mechanism to prevent the cable from falling out of the microphone during use, and a rubber seal that works towards that goal as well. Signal integrity is pristine. You’re looking at crystal clear audio that is isolated from any imperfections. To put it simply, this is one of the best mic cables if you want yours built like tanks. 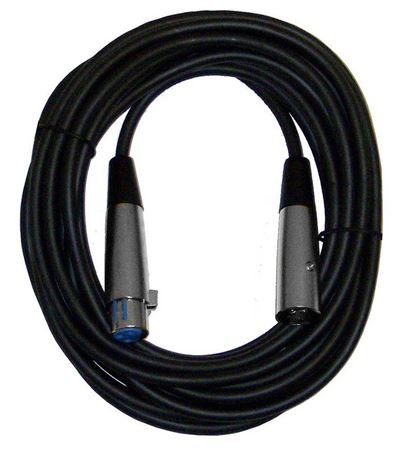 If you’re looking for an affordable solution in terms of microphone cables, you definitely need to thread lightly. There are many bad cables out there, most of which will feature a decent wire but pretty horrible connectors. In a good amount of cases, everything will work perfectly fine. The point is that you need to be ready to take on some compromises and tradeoffs. One of the low-risk choices is the CBI MLC20. It’s a 20 ft cable that comes with pretty basic all-metal plugs and a cable gauge that is within the limits of satisfactory.

As long as you don’t push the cable outside of its comfort zone and handle it with some care, you shouldn’t have a single problem with this CBI model. It is definitely not going to be as rugged as a GSL or similar, but that is just the part of the deal. In terms of shielding, this piece of wire is more than decent, which also extends to the signal quality you get. One thing we recommend is to keep some slack behind the mic as to reduce the pressure on the plug. This way you will prolong its life and prevent damage.

At the end of the day, it all comes down to that old saying “you get what you pay for.” However, that doesn’t mean that you can’t find decent solutions on a budget.

We have chosen four great XLR mic cables which are reliable, rugged and reasonably priced. As always, it’s our recommendation and that of many others, that you get the best cable your money can buy. Many people completely disregard this portion of their gear and that’s a mistake you should allow yourself to make. Get good cables and you will save yourself a lot of headache. Good luck!