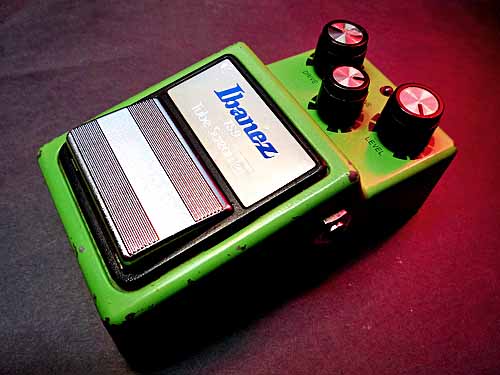 Tube Screamer was released in the late ’70s by Ibanez and was popularized when guitarists like Stevie Ray Vaughn and Joan Jett used it as part of their signature sound. This legendary overdrive pedal has since become one of the most cloned pedals in history; now, it seems like any company that makes pedals has their own version of the Tube Screamer.

The original design was meant to emulate a vintage tube amplifier and included a “mid-hump,” accentuating the mid-range frequencies and balancing out the overall sound. These original pedals used an op-amp circuit to create symmetrical distortion, giving the pedal its characteristic tone.

The TS9 variant released by Ibanez from 1982 to 1985 had a brighter tone with more edge in the treble; clones will typically replicate the smoother sound of the original TS808. Though the internal circuitry of the various clones may vary, all 4 of the models listed below will give you a quality reproduction of that original Tube Screamer power and grit.

Here are our reviews of the 4 best Tube Screamer clones on the market: 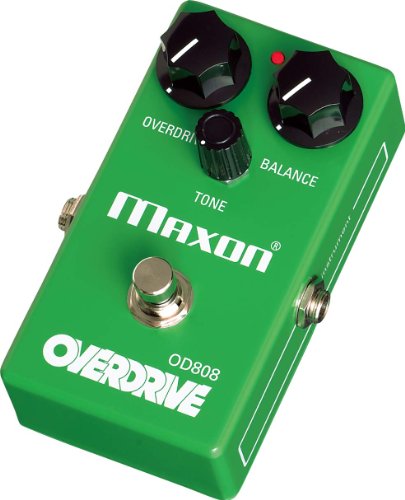 This pedal is made by the same company that manufactured the original Tube Screamers back in the 1970s, and though it uses an updated circuitry, the tonal characteristics are nearly identical. The updates to the output resistors eliminate the noise from static electricity buildup that could sometimes plague old school Tube Screamer pedals. The sound is both creamy and crunchy, giving you a realistic tube amp overdrive without sacrificing the original tone of your guitar. The chassis is made of cast aluminum to be both lightweight and rugged, and the compact design should fit comfortably on any pedal rig. Want one of the best Tube Screamer pedal clones for the money? Here it is.
Maxon OD-808 Overdrive - The Original Green Overdrive! 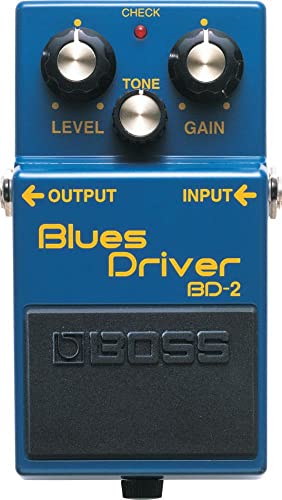 The warm distortion you’ll get from a Boss BD-2 Blues Driver is more responsive to picking and quiet dynamics than most Tube Screamer clones, or even overdrive pedals in general. The sound-shaping controls give you a wide range of overdrive options, from a subtle fuzz to a screaming crunch. It excels at blues (as the name might suggest) but don’t let that dissuade you if you’re a rock, country, or jazz guitarist. The versatility and flexibility of the overdrive make it the perfect pedal for any style, delivering a realistic vintage amp sound in a compact package.
Boss Blues Driver BD2 Pedal Demo 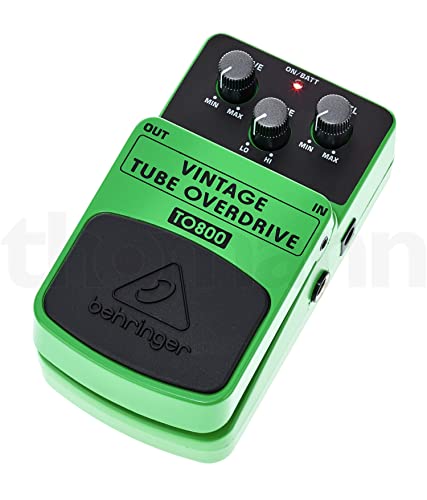 You can get that classic Tube Screamer overdrive even on a budget thanks to the Behringer Vintage TO800. This simplified pedal sticks to the basics: a real-tube crunch that puts a powerful overdrive at your disposal. It uses the same MA150 distortion diodes that were used in the originals for a true to history recreation of the classic sound. Three on-board controls let you pick exactly the right amount of distortion for your sound, with a true bypass for your signal when you’d rather play clean. Sometimes, the best Tube Screamer pedals don’t need to be super-expensive, which brings us to the next product . . .
VINTAGE TUBE OVERDRIVE TO800 Vintage Tube-Sound Overdrive Effects Pedal 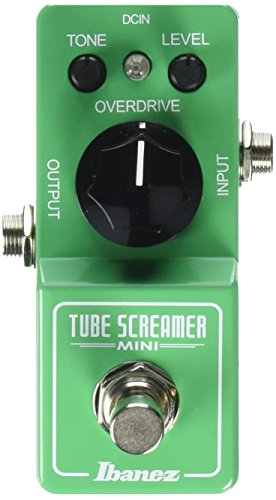 I suppose you could argue about whether this is a clone at all, considering it’s made by the same company that constructed the original, but since it’s a tweak on that classic design, we feel like it counts. If you’re looking for a pedal that can give you the legendary Tube Screamer sound but in a more modern package that fits more easily on your pedal rack, this little beauty is a good option to check out.

One of the unique things about this pedal—especially at this price point—is that it offers completely analog circuitry, which is also why it’s able to so perfectly match the original sound. The on-board controls are simple but effective, with a large knob for controlling the overdrive, along with controls for the tone and level. The footswitch you use to activate the pedal is on a raised platform to prevent accidental twists of the knob, a nice design feature considering the compact size of the pedal. Toggle the footswitch off for a clean true bypass tone. It’s likely the best Tube Screamer clone period.

What you expect out of your pedal tonally is going to be the biggest determination of which pedal is right for you. If you’re looking for an exact clone, the Behringer and BOSS models are a near-perfect emulations of the original Tube Screamer—of their distinctive sound, but also of their limitations and flaws.

The Tube Screamer Mini (see full specs), meanwhile, is your best bet if what you’re looking for is the closest thing possible to the original sound. It uses almost identical circuitry but with modern updates, allowing them to put it into a smaller package while leaving the effect practically unchanged. While it offers the standard tone control options you’d expect to find, its primary goal is replicating the Tube Screamer sound, not adding a new twist.

The size of the pedal may also be an important consideration for you, especially if this isn’t the only effects pedal in your rig. With its tiny rack footprint of only 2.8 by 2.1 inches, the Behringer can fit easily into almost gig setup. The same is true of the Tube Screamer Mini, which is designed to be as compact as possible. On the other side of things, larger pedals like the Maxon and the Boss offer you a greater array of options, but are a bit more unwieldy. If you’re going to be primarily using the pedal in a studio context, size might not be an issue; if you’ll be traveling with your pedal to gigs, it’s something you should consider.

Because these are all clones of one pedal, the layout of the different models is relatively similar. The Maxon and the Ibanez use a foot switch while the Behringer and the Boss have a foot pedal, but aside from this relatively cosmetic difference, you’ll find these pedals relatively similar in their operation.

All of the pedals give you the important feature of a true bypass for your signal when you turn the pedal off; all of the pedals also give you knobs to adjust the gain, level, and tone of the signal (though they may give them slightly different labels). The differences between the Boss and the Behringer are subtle, and price might ultimately be the difference between the two.

If you want something that gives you a Tube Screamer and then some, you’ll likely find it worth the extra initial investment to add a Maxon to your pedal rig and, if you’re really loaded, a Blue Boy. These should be on anyone’s list of the best Tube Screamer clones.