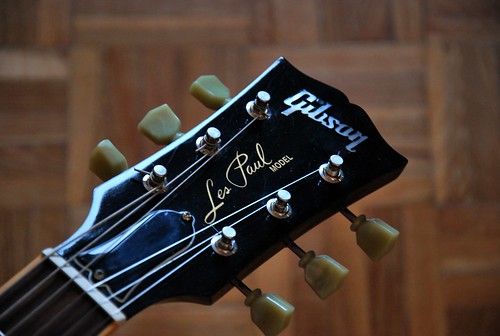 tuners on Gibson Les Pauls tend to be fairly high end, but even the most durable tuning peg will wear out over time. When this happens, your strings will lose their intonation far more quickly, sometimes to the point the guitar becomes unplayable. Replacing the tuners is the best way to restore your instrument to its full potential.

The main thing you want out of a tuner for a Les Paul is consistency. You also want something durable and reliable, so you won’t just have to replace them again a few years down the line. Beyond that, it comes down to personal preference about the look and feel of your instrument. We’ve picked out our favorite tuners for a Gibson Les Paul and reviewed them below.

These are our recommendations for the best tuners for Gibson Les Paul on the market: 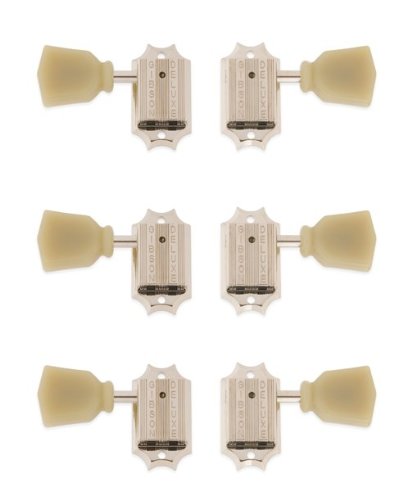 If you’re replacing the tuners on a vintage Gibson Les Paul and you’re concerned about maintaining the value, these Gibson Deluxe Green Key Tuners are the ones you want. They could be a bit on the pricey side compared to other options (though price fluctuations do happen), but considering the potential value of a vintage guitar, it’s worth the investment to get OEM replacements.

These tuning heads won’t just fit and function beautifully in any Gibson Les Paul, they also have significantly more eye appeal than your standard tuning keys. Along with that, they offer the reliability and consistency you want in a tuner. Since they’re designed by Gibson, you can also be sure that they’ll fit without a hassle—an important consideration, if you want to avoid alterations or damage to your headstock. Sometimes, when you want the best tuners for Gibson Les Paul, you have to get a Gibson. 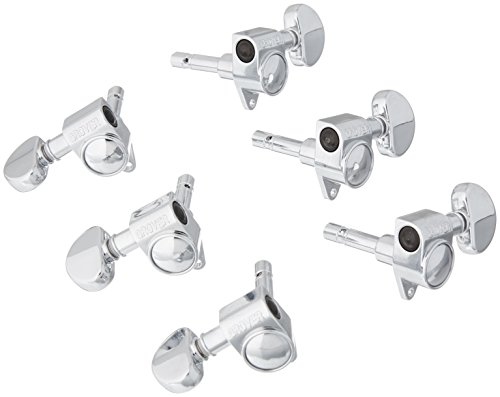 Self-locking tuners can be an excellent upgrade for any Les Paul. Their main advantage is that changing the strings becomes a much faster, easier process—good news for hard players and professional guitarists. These Grover 106C Rotomatic Self Locking Machine Heads are one of the most-recommended after-market replacements for Les Paul tuners.

Along with the advantages of locking tuners mentioned above, these Grover Rotomatic machine heads are especially sought after because of their reputation for reliability. The enclosed, lubricated tuning mechanism is less susceptible to damage, giving you a more stable long-term intonation. Grover machine heads are also designed to be a drop-in replacement for standard Les Paul headstocks, so you should be able to install them without any drilling.

How to string grover locking tuners.. 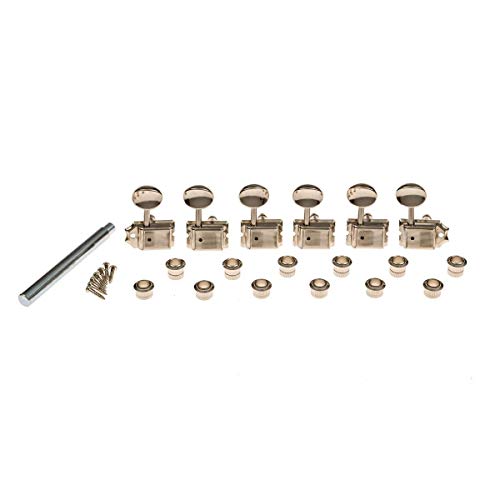 Another great option if you’re looking for locking tuners are these Vintage Oval Knob Tuners from Gotoh. Like the models above, they’re sized to fit directly into a Les Paul headstock with no modifications. They’re also designed to maintain a vintage Les Paul’s aesthetic appeal as well as providing absolutely stable intonation.

There’s a lot more innovation going on in these Gotoh tuners than you might expect. They use a self-centering guide in each machine head. This makes sure the strings are perfectly aligned every time, with a torque balancer to keep the tuner rotation steady when you turn it. They’re definitely the best locking tuners you can find for in their price range. 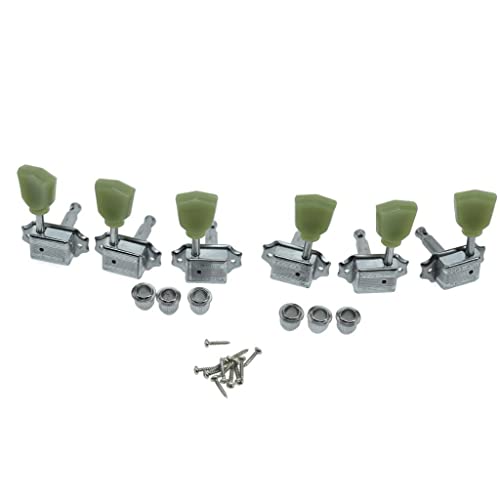 If you’re on a budget and want an affordable replacement tuning head—that won’t throw off the feel or look or your instrument—these Wilkinson Chrome Vintage Tuners are a great choice. They have a similar look to many high-end tuners, and are built to fit perfectly in a Les Paul headstock. At their price range, they’re an excellent value.

The turning action on these tuners isn’t quite as smooth as on more expensive models. That’s they’re biggest drawback, in our mind. When it comes to tonal balance and a stable intonation, these tuners are spot on. In our mind, that’s the most important job of any tuner, and these Wilkinson Chrome tuners get it done without making you spend a fortune. For the money, they easily qualify as the best tuners for Gibson Les Pauls around.

So How Much Do the Tuning Pegs Matter?

This can be a tricky question to answer. On the one hand, the tuning pegs are a crucial component of any guitar. Without them, the strings wouldn’t maintain your tension, going out of tune every time you play a note.

On the other hand, though, changing the tuning pegs won’t noticeably change the sound of your guitar. Though the strings do vibrate differently against different types of metal, this difference becomes imperceptible by the time the sound is impacted by other parts of the guitar, like the body, the pickups, or even the strings themselves.

Where the tuning pegs can make a difference is in the feel of your instrument. In this sense, you can think of them in the same category as the bridge, which holds the other end of the strings in place. Along with intonation, swapping tuning pegs can alter the action and response of the strings. This isn’t going to be very noticeable between tuning pegs of the same build quality—say if you were comparing the Gotoh to the Grover tuners (see full specs) above. If you’re replacing factory tuners on an Epiphone or student-model Gibson, however, you likely will feel a difference if you upgrade to something a bit more sophisticated.

The style of tuning peg you use will also come into play when you’re changing your strings. With traditional tuners, changing all six strings will take most players between 20 and 30 minutes. Locking tuners can cut this down to a 5-minute process for experienced guitarists. For people who change their strings often, this can make a huge difference in making the most of your practice time.

So What Are the Best Tuners for a Gibson Les Paul?

When it comes to vintage guitars especially, OEM equipment will always win out. It’s hard to choose anything except the Gibson Deluxe Green Key Tuner Set (see full specs) as the best tuner for a Gibson Les Paul. This isn’t to say the other tuners aren’t great options, though. If you’re looking to change to a locking tuner (or you need something a bit more affordable), there’s a choice on this list that will work for you. Best of luck finding the perfect new tuners for your Les Paul! Good luck!