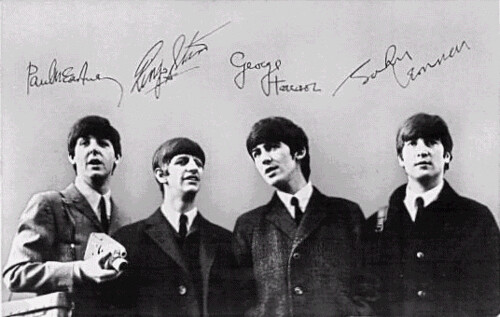 Photo by Zoli Erdos / CC BY

revolutionized the music scene and are widely regarded as the biggest, most popular band of all time. They are known for their remarkable creativity in songwriting, a unique approach to performing, but they’re not the most technically demanding band to play or cover.

Paul McCartney, however, came up with, recorded, and played a plethora of amazing bass licks, so today we’ll talk about several easy Beatles songs on the bass:

Released in 1967 on the infamous Sgt. Pepper album, Fixing A Hole was a massive success when it came out. The bass in this song is straightforward, but unique nevertheless. Fixing A Hole is fairly slow-paced; it starts off without the bass, and as soon as McCartney enters the mix, he keeps building momentum with gorgeous licks.

Just like the majority of tracks on Sgt. Pepper, Fixing A Hole is a dozen seconds shy of being three minutes long. It’s an easy song, as even beginners can learn it in bite-sized pieces, not to mention that there’s a fair amount of repetition on the bass in particular.

Many beginner musicians would argue that I Want You is not the easiest song in the catalog of the Beatles. However, the fact that the song is a bit longer than what was considered average at the time combined with a few hammer-ons every now and then aren’t enough to label it “hard” per se.

I Want You is more of an experience than it is a song. The Beatles explore multiple atmospheres and moods with it, and even non-musicians can notice that their tone on this particular track is otherworldly.

What makes this song fairly easy when it comes to bass is its repetitive nature.

While guitars play different details almost every other bar, McCartney is holding the rhythm and adding the “heaviness” to what’s one of the most beautiful melody lines the band ever wrote.

Deep Purple and Zeppelin fans feel right at home when listening and playing this song, and they could probably anticipate key changes in it more easily. Immediate beginners may need a few days to tackle the most “challenging” licks in the choruses, but the majority of the song is easy and straightforward on bass.

I Want You (She's So Heavy)

The bass enters Let It Be after a full minute of piano and guitars. McCartney’s role in this song is more supportive than usual, as he’s mainly putting accents on what Lennon and Harrison played. Between the choruses, the verses are written to be simple, allowing the deep lyrics to come through triumphantly.

Let It Be is the perfect Beatles song for a beginner who’d just discovered the band. It has all of the beautiful parts of a classic Beatles song, its replay value is phenomenal, and fresh bass players won’t be intimidated by the simple, slick lines McCarty had written.

One of the most iconic tracks in the Beatles catalog, Blackbird is also one of their simpler tunes. It’s a 2-minute acoustical wonder; it’s as expressive as it is simple, which is one of the main reasons why it still holds up, decades after its conception.

Blackbird is a schoolbook example of a simple song for bass guitar, as Paul essentially hits single notes from start to finish. On top of that, this tune is fairly slower than an average rock song of the ’60s, leaning more towards ballads of the time than bangers like Helter Skelter or Birthday.

Group vocals cast a long shadow on the beautiful lick that basically dominates the Nowhere Man. While Paul McCartney supports the band in a track like Let It Be, he leads the band in this particular tune. Although it’s percussive in nature, this song exemplifies the melodic side of The Beatles.

Musicians who want to learn this song on the bass guitar will get to experience a different side of Paul’s playing. The licks are relatively simple, and they repeat quite often. Fortunately, all Beatles were geniuses when it came to song structure, so the progression from start to finish feels organic and natural.

Featured on the record Please Please Me, the title track is up-tempo, but pretty close to average in terms of actual speed. Aside from sounding absolutely fantastic, Please Please Me is a great exercise for bass players who play with fingers. McCartney is playing sixteenth notes this time around, which is the reason why some may argue it’s not the simplest track the band had recorded.

On another hand, it’s short, and the melody work is in the hands of Harrison and Lennon (guitar players). Essentially, playing the first minute will help you learn to play the entire song, as the bass simply repeats the same notes in the same places.

This track is arguably the one song Beatles composed where they wanted Paul McCartney to relax and prepare for more demanding tunes. The vocals are “scrambling” left and right, and the band is switching over to different instruments all the time. Paul, however, sticks to the rhythm and slowly thumps single notes once per bar.

The only exception is the bridge section, where Paul plays a handful of other notes. Despite being the easiest Beatles bass song, it still sounds timeless and phenomenal.

Cited as one of the most influential Beatles tunes, I Am The Walrus is also one of their most experimental songs. Bass-wise, Paul is keeping a steady rhythm and rarely adds additional elements to his licks.

I Am The Walrus is an acquired taste to some, as it takes a hard left turn from the joyful melodies and happy-go-lucky lyrics. Beginner musicians who are old Beatles fans will also get to experience a different side of this song once they learn what McCartney plays. It’s not as complex and unorthodox as it may initially sound.