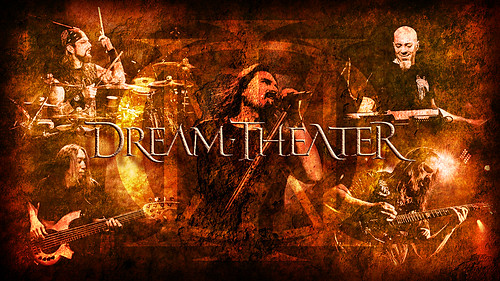 Theater is one of the first progressive metal bands to achieve massive commercial success. Given that the majority of the band’s members have attended the prestigious Berkeley College of Music, it’s easy to see why these musicians are counted among the finest virtuosos on the globe.

The main premise of Dream Theater’s music is that it’s not supposed to be easy. However, due to the fact that the songs are written so organically, they are very easy and satisfying to listen to. Today we’ll talk about some of the less complex songs in the DT catalog, so let’s start with:

Arguably the most popular and recognizable Dream Theater song of all time, Pull Me Under is the band’s most widely acclaimed hit. Featured on the Images and Words, the record that is as popular as the track itself, Pull Me Under may be an easy guitar track simply because most metalheads already know it by heart.

Pull Me Under is a moderately paced track with a fairly long intro. The verse riffs are heavy as a bag of nails, but the licks don’t require a high level of technical proficiency to master. Although the rhythm of the main riffs is unorthodox, the patterns are as simple as they are beautiful.

This song would easily fit into the category of harder songs in the progressive genre if we perceived it as a whole. Mike Portnoy’s outlandish drumming, LaBrie’s exceptional vocal performance, Rudess’s flamboyant keyboard execution, and John Mayung’s exquisite bass licks all contribute to the song’s uniqueness and the glorious experience.

Despite the fact that John Petrucci is easily one of the world’s best guitar players alive, the guitar riffs in Pull Me Under are decently simple and quite approachable. The solos, on another hand, are both delicate and challenging, although they aren’t as lengthy as usual.

Untethered Angel is one of the highlights off Distance Over Time – Dream Theater’s 14th studio record. Featuring iconic riffs and masterful guitar performance, the reason why this song is on the list of Dream Theater’s easier songs is that the guitar licks are quite plain and straightforward.

A handful of guitar licks repeat throughout the song, creating gorgeous melodies along with Jordan’s keyboards. As usual, the rhythmic figures are complex and largely dictate the rhythm of guitars. However, the slower tempo of the song somewhat reduces the challenge of these obstacles.

As one of Dream Theater’s heavier songs, Untethered Angel puts a heavy emphasis on the rhythm guitar in lieu of lead. The solos in this song are, however, drastically more complex in comparison to the ones in Pull Me Under, although everything else is fairly simple.

Haunting, melodic, and gorgeous all the way through, The Walking Shadow is a fairly intricate sonic masterpiece. However, it’s not as lengthy as an average Dream Theater song, and the guitar riffs put more accents on beautiful tone and heavy rhythms than convoluted leads.

This track is under three minutes, which essentially means that significantly less endurance is demanded of guitarists than usual. This also means that there’s not too much space for an assault of time signature changes, breaks, and fills. The Walking Shadow is one of the simpler tracks off The Astonishing.

With the exception of Jordan’s keyboards, Beneath The Surface is a fully acoustic ballad. Beautiful, slow-paced, and famous for some of the most soothing, most beautiful riffs John Petrucci ever composed, this track is an excellent introduction to the softer side of Dream Theater.

A Dramatic Turn of Events as a whole is one of DT’s “happier-sounding” albums, and Beneath The Surface sets the tone for the record perfectly. This track follows the same atmosphere and sonic environment from start to finish, meaning that there are no sharp left turns or significant surprises that guitarists should look out for.

Dream Theater - Beneath The Surface "Live At Luna Park"

5. A Rite Of Passage

A Rite of Passage is an exquisite blend of heaviness and melody, but at its very core, this is one of Dream Theater’s simple songs. The main riffs often repeat, and the song structuring is not as layered as a DT fan would expect.

There are multiple short bridges through the song, but they’re not nearly as unusual as some. A Rite of Passage is leaning more towards heavy metal while its progressive elements come into play come into play at the final minute of the track.

Although the solo in this song is a fairly sharp shred macabre, the lead guitar is generally simple to cover.

As I Am has been covered by dozens of bands around the globe for a few simple reasons. First and foremost, it is brilliantly performed, it sounds remarkable, and the established tone of Dream Theater shines through in all its light.

Secondly, it’s both heavy and approachable for fans of slightly smoother metal subgenres. Finally, it’s a fairly simple song that doesn’t reflect the band’s tendencies to shift time signatures every couple of bars, shred, and test the boundaries of stringed instruments.

Furthermore, this track has unusual choruses while the verses are characterized by some of the most memorable licks in the band’s history.

Dream Theater - As I Am (Live At Budokan)

7. I Walk Beside You

I Walk Beside You is one of the highlights of Octavarium. It’s far from being a “ballad” in the traditional sense, although its beautiful melodies and LaBrie’s outstanding vocal performance and lyrical genius indicate that it certainly is.

Obviously, DT’s power ballads are usually composed to be less complex, not as fast, and not as unpredictable as the rest of the tracks in the band’s catalog. I Walk Beside You has a myriad of elements, especially vocally, but the stringed instruments in it are fairly straightforward.

Petrucci used a few different guitar voices throughout the song, though, which is arguably the only challenge guitarists trying to cover it will be faced with. In terms of technical proficiency and requirements thereof, I Walk Beside You isn’t as demanding as the majority of DT’s catalog.