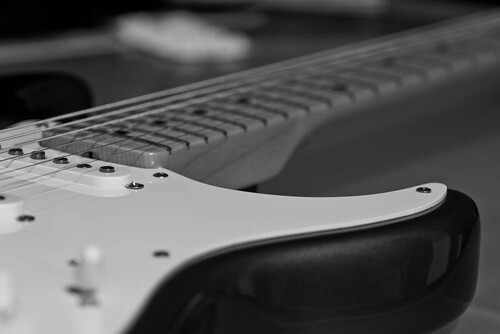 Photo by Jarod Carruthers / CC BY

guitar can be intimidating to an inexperienced player. With twice the strings, it seems as if it must be twice as complicated to play. In truth, if you can play a 6-string you can play a 12-string, and while you do have to get used to the new feel, it’s more similar to getting used to an electric after playing an acoustic than to learning an entirely new instrument.

The most impressive thing about a 12-string guitar is the breadth of its sound. The natural chorusing of the double strings makes the tone fill a room and adds a new shimmer to chord playing and picked lines alike. The main special consideration when buying a 12-string guitar is the size of the neck, which tends to be wider to accommodate the extra strings. If your hands are on the smaller side, it’s especially important to try out the instrument before buying it.

Here are our recommendations for the 4 best 12-string electric guitars on the market: 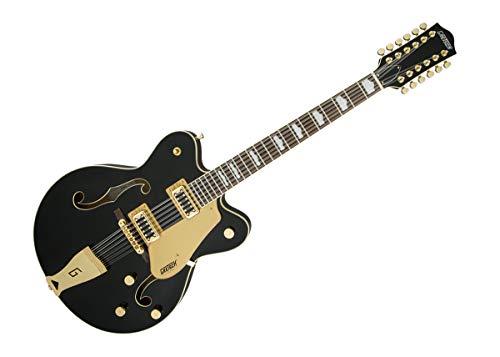 This Gretsch model features a double cutaway hollowbody design of 5-ply maple to give depth to the lush, chiming 12-string sound. The tone is impressive, especially for an instrument in this price range, and it has some features you might not expect from such an affordable instrument, like 3-way pickup selection and multiple volume controls. The neck on this one is a bit wider than average, which may be uncomfortable for musicians with smaller hands, but the low action makes it play like a 6-string and it holds its intonation well.
G5422G-12 Electromatic Hollow Body Double-Cut 12-String with Gold Hardware Demo 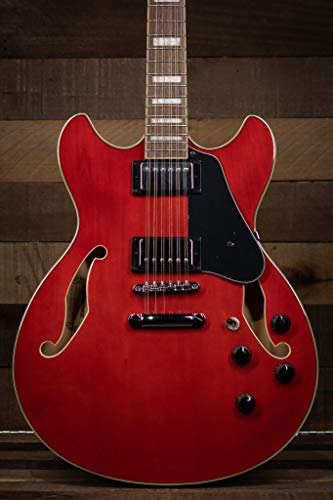 This semi-hollowbody guitar from Ibanez is both versatile and very playable, making it an excellent 12-string addition to any gigging guitarist’s arsenal. The body’s design uses a 17th-fret joint that makes it easier to access the upper frets and the angle of the neck is set for maximum comfort—important considerations considering the increased width of a 12-string neck. It uses an all-maple construction for the body with a rosewood fretboard, giving you a sweet, rich tone that’s enhanced by the installed ACH humbucker pickups, which are designed for improved sustain and reduced feedback. If you’re on a budget, this is among the best 12-string electric guitars for the money.
Ibanez AS7312 Artcore 12 string Electric Guitar Review 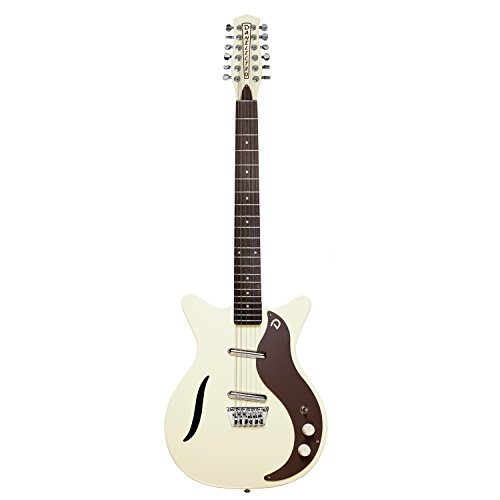 If you’re shopping for 12-string guitars but you’ve got more of a 6-string budget, Danelectro’s 59 Vintage is an excellent and affordable option, giving you high sound quality and solid construction. It brings a distinctly ’60s vibe, both in the bright, ringing tone and the design, which uses a double-cutaway body with a vintage seal-shaped pickguard and a metallic finish (it comes in different colors). The construction is solid-bodied maple on both the neck and body.

It uses an elongated bottle headstock and has a wider neck than many 12-strings on the market, making it easier to play, especially for people with longer fingers. The fully-adjustable bridge also helps you make sure the set-up is comfortable for your hands. If you’re typically a 6-string player adding a new instrument to your arsenal, the Danelectro’s combination of value and playability makes it the ideal option. 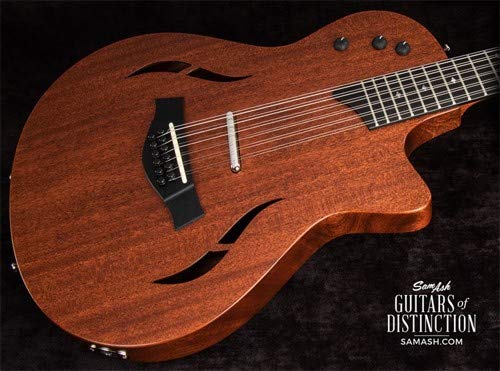 Taylor as a brand is better known for their acoustic guitars, but they make a fine electric, too. The brand’s impeccable craftsmanship and attention to detail really come into play with this hollowbody cutaway electric 12-string. The entire body is built of solid Hawaiian koa, a delightfully warm tonewood. It’s enhanced by the extra resonance from the hollowbody design and gives you a distinctive full, rich sound.

The T5z-12 also gets high marks for playability. It uses a compensated saddle for perfect string alignment, so you’ll get a consistent response across octaves. The neck and fretboard are also smaller than with most 12-strings so it’ll be more comfortable for 6-string players, with a quick action from the jumbo frets. Hands down, this is one of the best 12-string electric guitars around.

Tuning of a 12-string

The standard tuning of a 12-string guitar mimics that of a 6-string with some minor tweaks. You’ll noticed that the strings are arranged in obvious pairs—two strings very close to each other, separated by a wider gap. Rather than thinking of the strings as numbered 1 through 12, it can be easier to think of them in these pairs as still 1 through 6, like they would be on a standard 6-string, but with an A and a B string on each number, with the A being the lower of the two when you’re playing, and the B being the higher.

Tune strings 1A-6A to the standard 6-string tuning. String 1B and 2B are tuned in unison with their string pair (e.g. to high E and B respectively). Strings 3B-6B are tuned an octave higher than their string pair—so still in the G, D, A, E order you’re familiar with but the next register up. This is what gives the 12-string its real distinguishing sound.

Because of the added tension of the extra strings, it’s often recommended to tune 12-string acoustic guitars a half-step or even a full step lower than standard tuning; this is not necessary with electric guitars, though it’s still possible to do if you’re accustomed to playing acoustic 12-string with an altered tuning.

While the playing of a 12-string is no more difficult than a 6-string once you get used to it, re-stringing a 12-string model is a different matter entirely. The sheer number of strings can be a bit confusing, especially if it’s your first time trying to re-string the instrument.

You can use the list of included strings on the back of the packaging as a guide until you get familiar with the different gauges. When removing the strings, start from the low E (the thickest string) and remove it along with its pair. Before proceeding with the string removal, check that the bridge is seated correctly and that the neck and body are straight and unbowed.

Because of the extra tension, even the best 12-string electric guitar string that’s strung unevenly is more prone to developing these structural issues, and left unchecked they can cause serious damage to the guitar. If you do notice problems, taking your instrument in for a repair before removing any more strings to avoid more serious damage.

If the guitar seems to be in good shape, proceed with removing the strings from thickest to thinnest, then re-string them in the opposite order—start with the thinnest and end with the thickest. Remember that two pairs of strings will play the same note, meaning they should have identical string gauges, while the other four pairs will be in octaves. Put all the strings in loosely at first then gradually bring them into tune with minor adjustments of your tuning pegs as you would with a 6-string guitar.