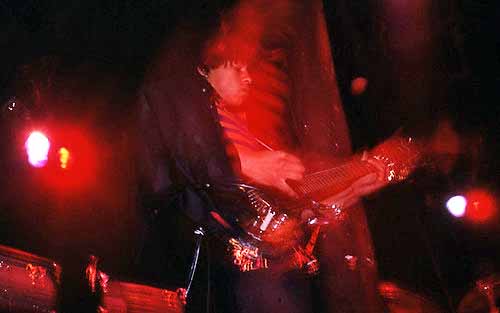 a power amp for your unpowered Kemper is a great way to get the most out of it. Most people look for something that’s both affordable and relatively lightweight, so it doesn’t add too much to your load when you travel to gigs. It’s also key to get an amp that provides the right amount of juice.

If you use a rack for your equipment, a rack power amplifier like the Rocktron Velocity will be the most convenient option. Whatever style of housing you go with, most people recommend using a Class-D amplifier to power Kemper amps. While bridgeable Class A/B amplifiers can work, too, a Class-D amp will give you more efficient power and a better overall sound. Check out the full reviews below to help you figure out which one is the best for your rig!

These are our recommendations for the 4 best power amps for Kemper on the market: 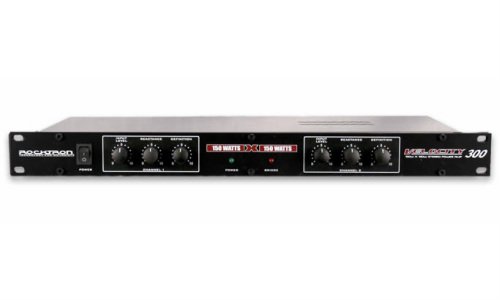 If you want a rack amplifier to power your Kemper, the Rocktron Velocity 300 is an excellent choice. It provides 150 watts of stereo power, perfect for most Kemper heads. The best thing about it is the Reactance circuit, which mimics the output of classic tube amps. In short, you’ll get the warm sound of a tube amp while still enjoying the reliability and lighter weight you get from a solid-state power amp.

The Rocktron Velocity 300 also has variable controls so you can customize the sound. The “Definition” control is unique, letting you bring a bit of extra grit into your tone. Adjust the settings and it’s wonderfully transparent, letting the Kemper speak for itself, without sounding sterile like other solid-state power amps often do.

We also love that the Rocktron Velocity 300 is built for the road. The housing is rugged, and the inputs and knobs are all solid. It has an auto-shutoff that kills the power if it detects a short circuit, preventing damage to your equipment when issues do occur. Overall, this is the best rack amp to power a Kemper. 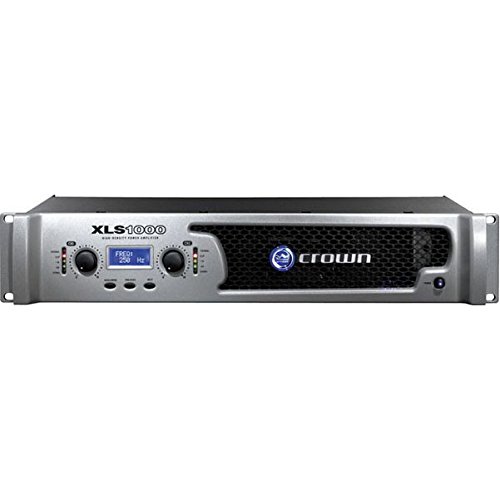 Most people prefer using class D amplifiers with a Kemper. The Crown XLS1000 is the ideal class-D amplifier to pair with most unpowered Kemper amps because of its high sound quality and efficiency. In terms of power, it provides up to 1,100 watts when bridged (215 watts per channel at 8 ohms).

Gigging guitarists will love the Crown XLS1000 (see full specs) Power Amplifier. It has a nice variety of inputs, so it’s flexible to a wide range of different sound set-ups. It’s also the lightest amplifier on the list at only 8.6 pounds. And it doesn’t feel flimsy, either. The housing is sturdy and all the inputs and knobs feel nice and tight.

The PureBand crossover system in the Crown XLS1000 gives users more control over their sound. This is an excellent power amp for a wide variety of applications, just as suitable for DJs and sound engineers as it is for guitarists. 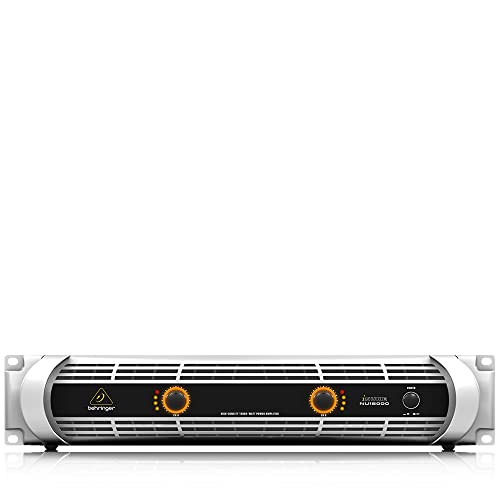 Behringer is a well-respected name among guitarists and DJs alike. Their iNUKE Nu12000 power amp is designed more with DJs in mind, and it provides more power than you might need for your Kemper. The sound and performance are why we call it a top choice for use with Kemper amps.

The Behringer iNUKE Nu12000 is intuitively designed and easy to hook up to any Kemper amp. It uses a new form of high-density Class-D amp technology that runs cooler, letting you get more power without your equipment heating up. The low noise level and stereo crossover give it a fantastic sound.

At around 26 pounds, the Behringer iNUKE is one of the heavier amps on the list but it’s still relatively portable. It provides excellent output for the size, powering large speakers and cabs without overheating. That efficiency is what makes the Behringer iNUKE one of the best power amps for Kemper equipment.

If you’re looking for a cheap way to power a Kemper, here’s an option that won’t set you back much much. The SKP Pro Audio Max-320 Powered Amplifier is an A/B class bridgeable amplifier capable of providing 300 watts of power. This is plenty to run the stereo operation most players want from an unpowered Kemper.

SKP Pro Audio products (see full specs) are well-built overall. The durable housing means you can take it to gigs easily without worrying it’ll break. It’s also relatively lightweight at just 16 pounds so it won’t add too much to your equipment load.

The SKP Pro Audio Max-320 Powered Amplifier is pretty basic, but it gets the job done at a great price. It has relatively low distortion and noise rates, with built-in overload protections to keep it running at peak efficiency. It’s among the best Kemper power amps for the money.

Should You Buy the Powered or Unpowered Kemper?

The biggest difference between the powered and unpowered Kemper heads is that the powered Kemper only operates in mono. If you want to use stereo effects, the unpowered Kemper is the way to go. That’s not necessarily an issue if you’re using it with a monitor during live performance, but when you’re practicing or playing small gigs, you’ll miss the stereo operation.

Another advantage of the unpowered Kemper is that you can get the same sound through the amp no matter where you’re playing. The powered version will have a different sound when it’s run directly into recording deck than it does played live or through a stage monitor.

The obvious disadvantage to an unpowered amp is that you’ll have to power it somehow. This doesn’t always mean buying a power amp. Many players instead use powered speakers, which can be more affordable and portable.

An unpowered Kemper is a great way to go if you want a versatile amp that can work well in the practice room, the studio, and on the stage. While they do tend to cost a bit more overall, the investment is worth it for the sound quality you get, and with this article, we hope you’ve found the best power amp for your Kemper needs. Good luck!