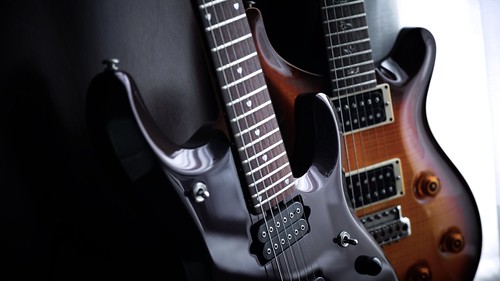 Photo by Thomas Yuan / CC BY

stands for Paul Reed Smith, a Maryland-based guitar and amp manufacturer that’s been around since the mid-’80s. The company’s emphasis is on hand-crafted designs from top-quality materials. Most of the staff are players themselves, so they’re designed by musicians, for musicians—one of the main reasons these guitars are so coveted.

Of course, the same qualities that make PRS guitars so desirable give them a pretty steep price tag. It’s worth the investment if you can afford it, but not everyone has a couple grand to spend on a guitar. The good news, however, is there are plenty of lower-cost PRS copies out there. Let’s take a look at our favorite ways to get that iconic look and sound without busting your budget.

These are our recommendations for the 4 best PRS copy guitars on the market: 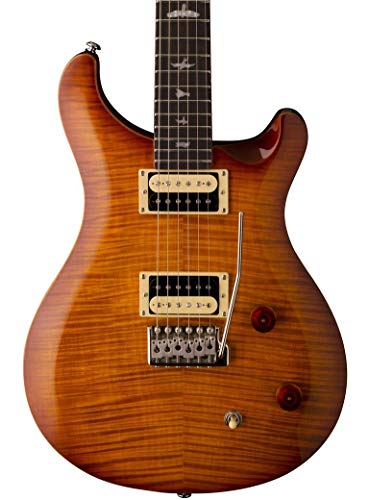 You probably see the PRS brand name and wonder how this counts as a copy. The reason is that the SE Custom line is produced at their factory in Indonesia. It’s designed to PRS specs and uses the PRS name, but it’s a copy in the sense that it’s not produced in their US facility.

The upside of this is: you can get a PRS-style guitar (see full specs) for a fraction of the cost. The downside is that you’re not guaranteed the same craftsmanship and level of materials that you’ll get from a true original.

Having said that, PRS still demands a certain quality level out of any guitar they put their name on. The SE Custom 22 uses a maple top and mahogany back, giving a markedly better sound than the laminate used by some cheaper copies. When it comes to the hardware, you’ll get genuine PRS custom tuners and their patented tremolo bridge.

The SE Custom 22 also comes with two PRS S pickups installed, with a 3-way selection switch. The end result is a full and balanced tone with excellent mid-range definition. All told, the look, feel, and sound of this guitar are as close as you’ll get to the real thing.

The Yamaha RevStar doesn’t advertise itself as a copy of the PRS, but there are enough similarities in the design to qualify it for this list. It’s just as versatile across genres, one of the main advantages of a PRS. It also uses a similar pickup design and 3-way switch.

The VP5+ P-90 pickups on the Yamaha RevStar use an Alnico V magnet and enamel wire. The sound has a vintage warmth but isn’t lacking for bite and output. That’s one of the main reasons the sound of this guitar is so versatile. The proprietary Yamaha Dry Switch puts a coil-split sound right at your fingertips, filtering out the lower frequencies for that bright, single-coil sound.

We also love the design of the RevStar. Its eye-catching shape isn’t just for looks, either. Playing this guitar is comfortable, even when you get up into the higher frets. Like many PRS models, it uses a contoured back for greater comfort, with an added belly cut and forearm contour. The body uses a combination of maple and mahogany, similar to the PRS SE Custom above. Overall, it’s a well-built guitar for players of all styles—one of the best PRS copy guitars around. 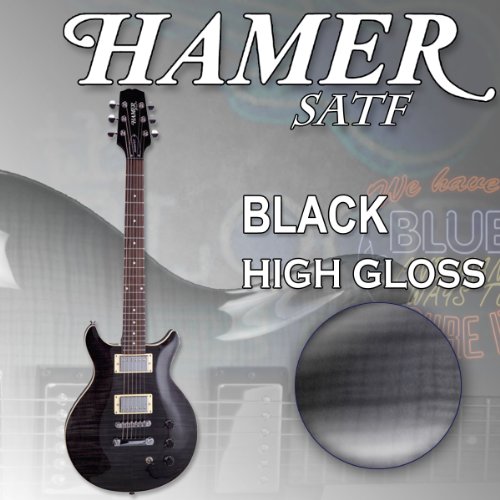 Hamer USA isn’t as well-known as other guitar manufacturers, and that’s honestly a shame. Guitars like their XT Series Sunburst use vintage-inspired designs and high-quality hardware, but still sell at a price that even casual players can afford.

The Hamer Sunburst (see full specs) uses a familiar double cutaway body shape with a set neck. The arched top is made of flame maple, and very PRS-like design element. It also uses a medium-C style neck that has a very similar width and feel to the necks on PRS guitars.

We’re most impressed by the pickups on the Hamer Sunburst. It uses dual humbuckers with tone controls and a 3-way toggle. The neck pickup alone gives you a more Les Paul-style sound, but you can get a lot of range thanks to those customization options. No matter the setting, the tone has great depth and articulation, with a great sustain.

For the price, you can’t beat the look or feel of the Hamer Sunburst. It has the versatile, vintage-inspired sound adherents of the PRS name look for, too. 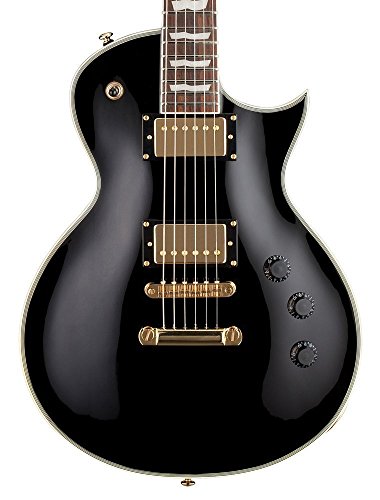 Finally, ESP Guitars makes quite a few models that closely mimic the feel and sound of a PRS for less. The ESP LTD EC-256 has a sleek single-cutaway design and all-mahogany body. The construction quality is high, especially given the price. The three-piece neck and durable build make it a great option for gigging performers.

Another great thing that’s worth mentioning about the ESP LTD EC-256 is it’s fairly light-weight. At only 8 pounds, it’s much lighter than most PRS copies. That’s good news for anyone who wants to reduce strain on their back.

The passive LH-150 pickups on the ESP LTD EC-256 use a 3-way toggle and have volume and control knobs right on the guitar. This give you a lot of control over your sound, one of the things that makes this guitar so versatile.

In terms of playing feel, we like the action and solid intonation you get from the installed hardware. Its gold color is eye-catching on stage, too—less important than the feel, but still a nice touch when you’re on-stage. This is one of the best PRS copy guitars for the money.

A lot of companies sell guitars that look, feel, and even sound a lot like a PRS. The biggest difference, on the whole, will be in the attention paid to the construction. The handcrafting used at PRS is one of the company’s biggest draws. That extra labor time costs money, though—the main reason true PRS guitars are so expensive.

If you want a guitar that sounds like a PRS, the main thing you should consider is the pickup design. The pups themselves aren’t as important, since those can be swapped out if you choose, but it’s helpful to have a 3-way toggle and tone control knobs to work with.

We hope this review has helped you pick out your next favorite guitar! All four of the options above are an excellent value and each, in its own way, qualifies as the best PRS copy guitar. In other words, all will make a great alternative to a Paul Reed Smith original. Good luck!