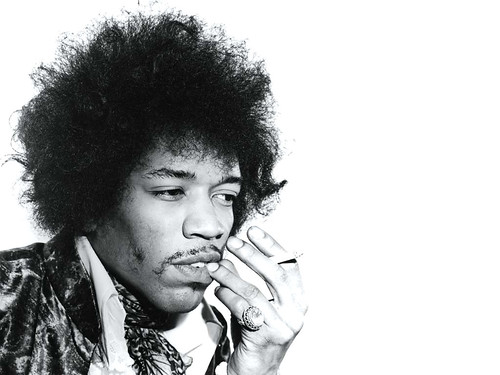 Photo by Anton Johansson / CC BY

want that Hendrix tone from your Strat, and luckily for you, a lot of single-coil pickups can help in that quest. Even to this day, single-coil pickups remain almost unchanged in their basic design compared to the old days of the electric guitar. Although humbuckers or “double-coil” pickups don’t have that hum in their tone, single-coils are still favored for their bright tone and sharp attack

Obviously, among guitar players who have used single-coils in their career, Jimi Hendrix still stands out as probably the most prominent one. His tone was sharp, twangy, fuzzy, and yet still heavy, which is something that guitar players are still looking to achieve these days. Of course, this might not exactly be the easiest task, since single-coil pickups, especially those we find on Fender Stratocasters, are very specific.

Here are our recommendations for the 4 best Strat pickups for Hendrix tones on the market: 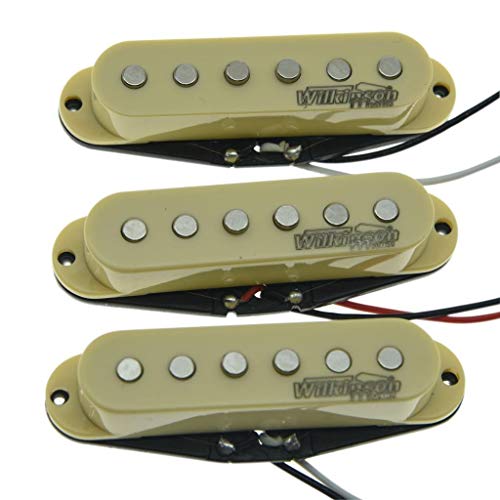 Finding good single-coil pickups that will make you sound like a guitar god is not always the cheapest sport. However, there are some examples of cheaper or relatively cheaper brands and models that will help you get close even if you’re operating on a budget. Looking through an abundance of products, we would like to single out a simple single-coil set by Wilkinson, called Lic Cream ST.

Now, at the very first glance, these pickups give out those vintage vibes, which is exactly what we can also hear in their tone. These are some of the desirable traits if you’re trying to copy any of the 1960s’ rock or psychedelic rock bands and artists, which is the right category where Jimi Hendrix falls into. However, in order to get the Hendrix tone, you need some heaviness in there as well, and these pickups can handle these settings pretty well.

Many people have even compared them to even some more expensive pickups. And we understand why that’s the case. They manage to cover all the wanted frequencies pretty well. They might lack some bottom-end, which can be an issue for some players. However, this is in no way a deal-breaker, especially knowing how affordable they are. 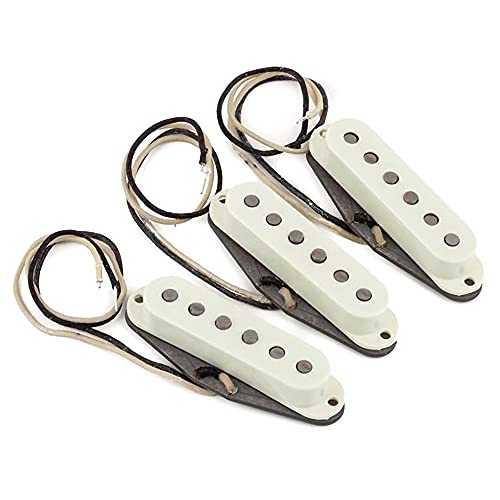 While we’re at the topic of Jimi Hendrix, there’s no way to avoid mentioning Fender and their amazing pickups on this list. After all, they’re the ones who perfected the craft a long time ago and not that many manufacturers have ever come close to the great tone of their single-coil pickups. Here we have their Pure Vintage series and the ’65 pickups.

As you might conclude from their name, these pickups replicate the tones of Fender’s Stratocaster guitars from the mid-1960s. While they’re popular among those who favor surf rock music and other similar styles, there’s enough “meatiness” in there that will help you get that hard rock tone when needed.

Overall, their output is on the “colder” side. But this doesn’t mean they’re not capable of some heaviness. All three of these pickups are identical when it comes to their specifications, but they get completely different tones when placed in different positions on the guitar. Their frequency response is pretty balanced over the spectrum, but we have just a slight boost in the higher-end. This can help you get some pretty great lead tones, both with smoother overdrive or high-gain fuzz pedals. These should be on anyone’s list of the best pickups for best Strat pickups for Hendrix tones. 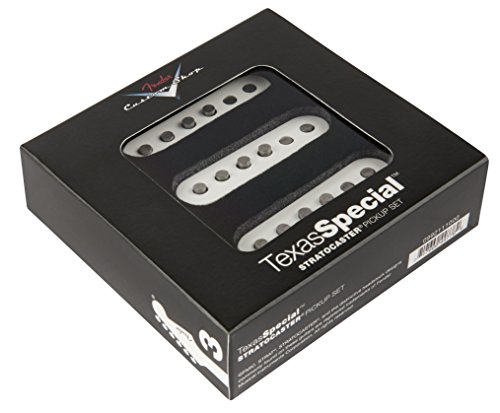 It’s not a surprise to see another one of Fender’s amazing pickup sets on this list. After all, they’re still at the top of their game in this territory. So up next, we’re looking into their well-known Texas Special pickup set.

Just like the ’65 set, these pickups are enamel-coated, which is a great addition if you need that vintage tone. Of course, we also have Alnico 5 magnets that are also a very popular choice for these settings. But the main difference here is that Texas Special pickups have a “hotter” output and focus a lot more on the high-end and the mid-range of the audible spectrum.

The only exception is the bridge pickup, which has a significant boost to the lower end. While this might not be what you’d expect from a Hendrix-styled tone, it can help you get some heavier riffing going on in there. It’s all more in the style of Stevie Ray Vaughan, but it does an amazing job at Hendrix stuff as well. 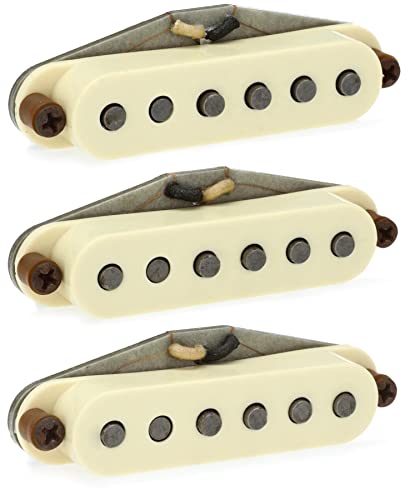 Finally, we’d like to mention Seymour Duncan and their Antiquity II pickups from the Surfer Strat series. These bad boys take us directly to the 1960s with their strong vintage vibes. Yes, they might be a bit pricey for the general guitar-playing population, but they’re definitely worth it. And the best part about them is that they give us a very wide variety of genres that you can play with them. And, to our ears at least, these do more than an amazing job at replicating the tones that Jimi Hendrix was famous for.

Once again, we have vintage-style pickups that are wound to have a hotter tone. And what’s also really amazing is that the middle pickup is wound in such a way that will help you get rid of the hum in those combined positions with the bridge and the neck pickup. This is extremely useful if you’re playing with a high gain distortion or a fuzz. If you have the dough, these would easily qualify as the best pickups for Hendrix tones around.

Whoever is the guitarist that you want to copy, there’ll always be plenty of different factors that will impact the tone. And in this equation, the pickups are one of the most crucial components.

When it comes to Jimi Hendrix, the vintage-styled tone with some bright boost in the higher-ends will get the job done. At the same time, you can also have that “hotter” output that will help you achieve those heavier tones that Hendrix was also well-known for. We hope this guide was useful to you. Good luck and rock on!