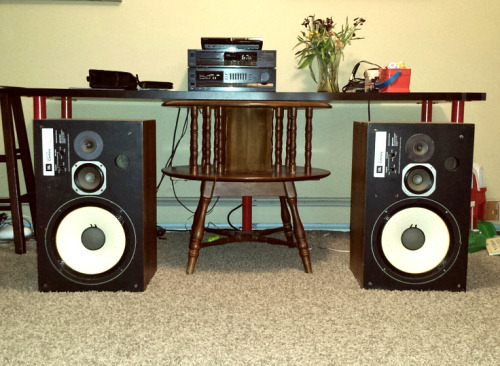 Photo by Aaronmjr / CC BY

2-way speaker features two sound drivers: a tweeter to play the treble frequencies and a woofer for the bass. A 3-way speaker, on the other hand, also has a designated driver for the mid-range, giving you more detail and better sound quality throughout the range. Because three drivers require more space than two, 3-way speakers are typically floor-standing tower speakers, and though smaller models are available you will generally need more space for a pair of 3-way speakers than traditional tweeter/woofer designs.

Aside from the overall quality of the drivers and speaker components, the most important consideration for a 3-way speaker is the effectiveness of the crossover circuit. The crossover circuit directs the frequencies to the correct driver; the more drivers you introduce into a speaker, the more necessary this component becomes to getting the best sound possible out of the available drivers. Below are our recommendations for the best 3 way speakers on the market. 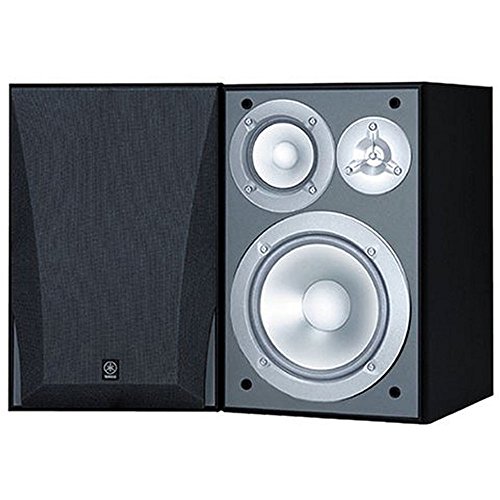 Finding quality audio equipment on a budget can be a challenge, but if you’re looking for the best 3 way speakers for a song, check out these Yamahas. This pair of bookshelf speakers provide true, full stereo sound at an affordable price. Each channel is rated for 70 watts of RMS, plenty of power for the majority of users.

The main place you’ll notice the sound difference between this speaker and a more expensive option is in the low end of the sound. The included 8” woofer has a balanced, rich sound, but won’t be able to capture the deep bass rumble from some sound effects or heavier music styles. In most applications, though, you won’t notice any deficiencies in the sound production, with crisp highs from the tweeter and a balanced tone throughout the range. 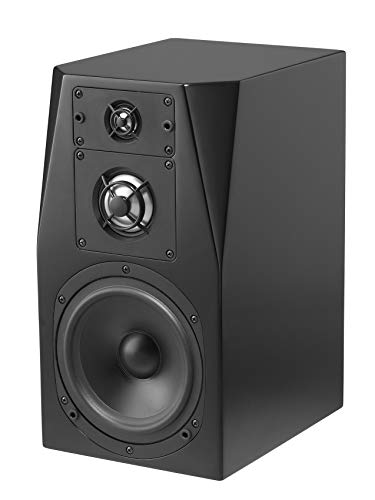 If you’re looking for a compact 3-way speaker, here’s a gem that will fit on any bookshelf. And you’ll like seeing it there, too. The sleek design of the NHT C Series matches their smooth, responsive sound, making them an excellent option for the apartment-dwelling audiophile. They use aluminum drivers for lightweight, highly efficient sound production.

This includes a 6.5” cone woofer that gives it a bass response down to 40Hz, along with a dome tweeter and midrange. This smooth response in all frequency ranges makes these speakers just as viable as home theater speakers as they are for high-quality music playback, one of the things that makes them an ideal option for people with limited space. 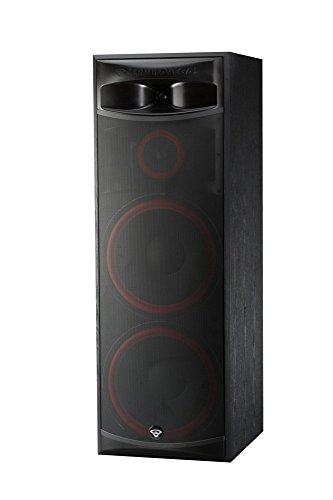 The quality of the drivers is key to getting audiophile-worthy sound. All three of the drivers on the Cerwin-Vega XLS-215 are thoughtfully designed to provide a balanced sound picture that’s equally powerful throughout the frequency range.

The bass is especially impressive, driven by two 15” woofers. The fiber-impregnated cone used for the mid-range means they’re great for home theater use, giving you crisp, clear dialogue. With a wide frequency range and a high sensitivity of 95.3 dB, they’ll faithfully reproduce whatever you’re playing through them. These are hefty speakers—over a hundred pounds, all told—but that can actually be good in a tower speaker, preventing tips and damage. Overall, a reliable and versatile option and among the best 3 way speakers period. 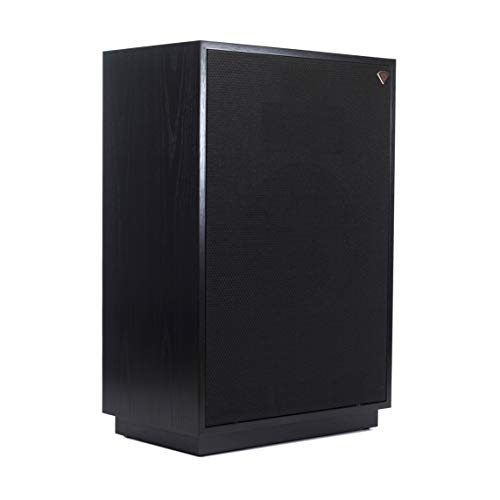 Klipsch speakers have been in continuous production in the USA for over 60 years, and they’ve been a benchmark of quality throughout the company’s history. Their revolutionary folded horn design sends the sound through a gradually expanding series of chambers, giving you a remarkably large sound in a relatively compact package.

These innovators of absolute sound have delivered once again with the Cornwall III. It features a direct-radiating 15” woofer that gives massive power to the bass, while the horn-loaded tweeter and midrange have a low distortion and high sensitivity. First designed to be the center-channel speaker along with Kipschorn towers, it is equally capable of standing on its own, giving you a bigger sound than may seem possible from a single 3-way speaker.

When it comes to buying home audio equipment, a lot of terms get thrown around that may be baffling for most consumers. The terms you’ll come across most consistently are the speaker’s power rating and impedance. These are both numbers related to how much power the speaker expects to receive, how much power it can handle, and the compatibility of the speaker with other aspects of your home audio set-up, most importantly your receiver.

There will often be two numbers listed for a speaker’s power handling, both of which are measured in watts: the peak and the RMS or continuous power. The RMS power is the one you should pay the most attention to as it’s the amount of power the speaker can handle regularly or continuously without damage to any of the components. Most speakers will have an RMS in the range of 70-100 watts, and the majority of receivers are designed to work with this range without any issue. If you plan on listening to music or movies at very high dynamic levels, you should get speakers rated to handle around the same amount of power as your receiver to prevent damage to the tweeter. Otherwise, a receiver with a higher power rating is often safer for speakers, preventing clipping and distortion of the sound.

The impedance rating of a speaker, on the other hand, is a measure of the speaker’s electrical resistance to the current flowing from your receiver or amplifier. Though the impedance does fluctuate with the frequencies being produced, the specifications page will list a nominal impedance that’s an average resistance across frequencies, measured in ohms.

Eight ohms is the standard resistance for home speakers; because of this, nearly all receivers and amps designed for home theater use will be stable at 8 ohms. Unlike with the power rating, the equipment in your home audio set-up should all match in nominal impedance to prevent damage to any of the equipment. Speakers that have a 4-ohm or lower resistance will have problems working with an 8-ohm receiver. These speakers are calling for more current from the receiver than it’s able to produce, leading to distortion at best and overheating that can shut down the speakers at worse. Many high end receivers are capable of handling a 4-ohm resistance load; if you have speakers with a nominal impedance of 4-ohms or lower, you will need to invest in one of these models. The typical impedance of a home speaker is 8-ohms, however.

In conclusion, we hope you’ve found the best 3 way speakers for your needs here—or, at least, hopefully learned a thing or two about what to look for in speakers in case you don’t buy any of the above. Good luck!