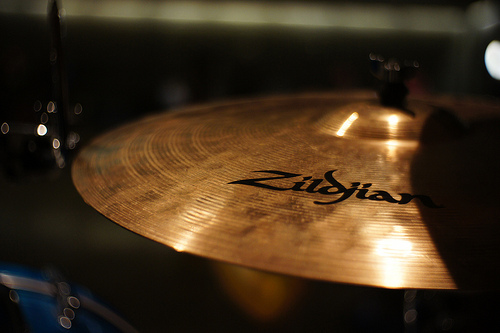 Photo by Alastair Bennett / CC BY

the best cymbals for a specific genre of music is much harder than it seems. First and foremost, every drummer has their own taste and opinion as to what makes a great cymbal for the music they play. After all, if every drummer used the same gear, we would see little to no difference between various artists and their performance. With that said, there are still some cymbals we can recommend, especially for metal music.

Our criteria for this list was to find cymbals which had a strong sound that cuts through the mix easily, a variable amount of sustain depending on the type of cymbal in question, and finally a larger size. Big cymbals are generally what delivers the best sound for metal music.

We picked a model for every type of cymbal that is most often found on an average drum set used in metal. These are, in our humble opinion, the 4 best cymbals for metal on the market. Let’s get started. 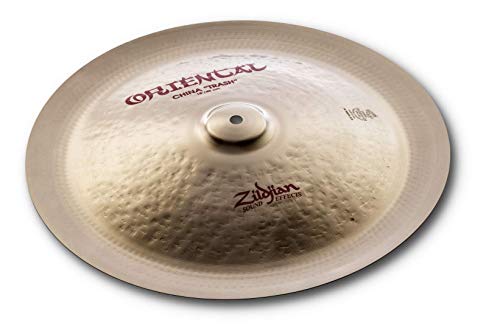 Zildjian is a company which needs no introduction, even to those who have little to no experience with drums. This giant has been producing cymbals for a long time now, which allowed them to build a huge following based on quality products they offer to the market. The one we’re talking about here is an exceptional china cymbal which really adds a punch to any metal beat, especially when it comes to breakdowns.

The alloy used in Zildjian 18″ Oriental China Trash (see full specs) contains a Copper to Tin ratio of 80/20. This makes it relatively strong while still allowing it preserve decent flexibility. The lip is not as expressed as you would usually find on a smaller china; however, that has a lot to do with its size. Speaking of which, we’re talking about an 18″ china cymbal. From any perspective, that’s large.

This extra size and balanced design give it one attribute which really makes it stand out in metal music. When you strike it, you get a very trashy sound which just pierces through the mix. However, there is not a lot of sustain. So what you end up with is a very hard sounding china that fades away very shortly after being hit. This allows you to use it in faster tempos and really get the most of it when you get to those heavy hitting breakdowns. This is one terrific metal cymbal! 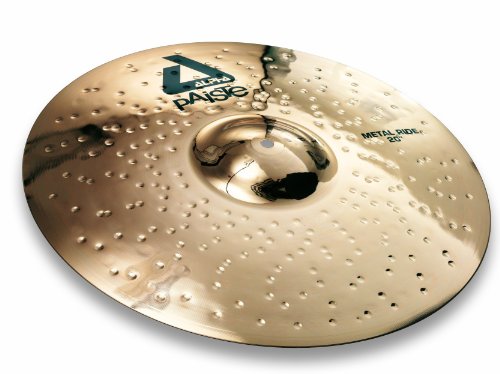 Here’s a ride cymbal from Paiste that’s a favorite among professional drummers, especially ones who play metal and hard rock. First released all the way back in 1992, the Alpha line of cymbals has been perennially popular for over 25 years, making the cymbal’s reputation for consistency and performance hard to beat.
20" Paiste Alpha Metal Ride

The sound of your cymbals is just as important as how much volume they get, and with the Paiste Alpha Brilliant Ride you get both. The tone is bright enough to cut through the ensemble but still has full, rounded tone with plenty of mid-range oomph.

The brilliant finish on this cymbal isn’t just about looks. Cymbals in the Alpha line are hand-polished and hand-hammered, and this attention to detail in the finishing is the main reason they’re so consistently well-built. It results in a cymbal that’s perfectly balanced, with a lively stick response perfect for faster playing styles.

Every kit needs a solid ride cymbal, and if you’re a metal player, the Alpha Ride is a strong contender. It gives you both the sparkling sound wash and the sharp stick articulation you need, in a cymbal that looks just as good as it sounds. It’s one of the best cymbals for metal period. 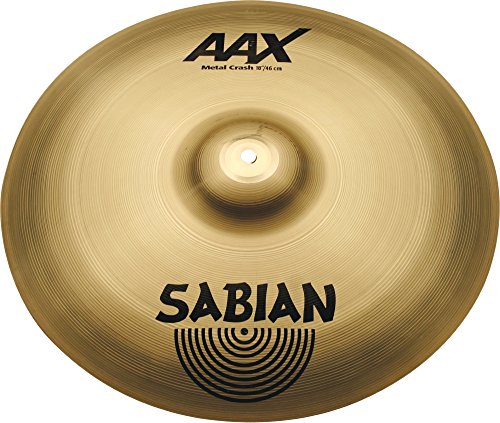 There are several cymbal manufacturers in the world which form the elite of this industry. Sabian is one of the big brands at the very top of any relevant list you can find. Sabian AAX Series of cymbals has gotten very popular ever since they were first released. Their use has spanned across many genres of music, including many sub-genres of metal.

Sabian AAX 18″ Series Metal Crash Cymbal brings impressive reliability compared to what is generally found on the market. Even the drummers who use more aggressive playing styles have experienced longer mileage with the AAX series than similar cymbals in this category. Sabian simply gives a bit of extra, going above and beyond to deliver reliable performance.

However, the best thing about Sabian AAX Series Metal Crash Cymbal is the sound you get. It’s a very heavy cymbal, there’s no doubt about it. The larger 20″ ones are more of a ride/crash hybrid than anything else. An 18″ AAX Series Metal Crash is in our opinion the perfect size. It has a great dynamic range and is capable of cutting through a lot of saturated distortion with ease. Hand down, this is one of the best cymbals for metal. 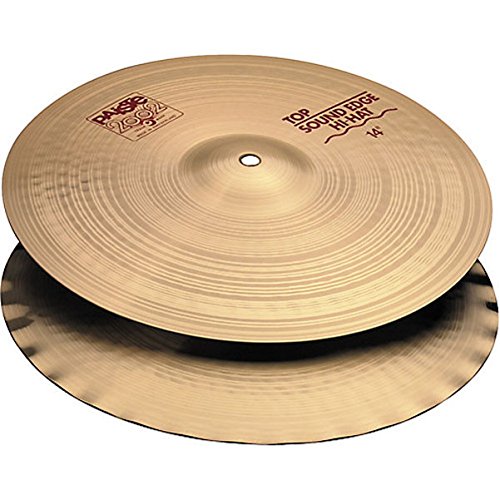 Finally, we need to talk about a good set of hi-hats that are suitable for various genres of metal. The one we have chosen for this occasion is the Paiste 2002 Classic Sound Edge 14″ Hi Hat. It’s a very versatile and rugged set of hi-hats which deliver the performance necessary for heavy driving rhythms.

As its name states, Paiste 2002 (see full specs) uses the well known 2002 Bronze alloy, which was first introduced in 1971. This alloy gives it several beneficial properties which you can’t find elsewhere. The cymbals themselves show a remarkable level of craftsmanship and are pretty resilient even if your playing style is more aggressive.

Performance wise you are looking at a loud set of hi-hats. The sound is clear and very crisp, but it’s strong enough to cut through a well-saturated mix. Bronze alloy, as we mentioned earlier, gives it the ability to produce very soft sounds when played gently and some massive cut-through shots when played with intensity.

Conclusion – What to Look for in Best Cymbals for Metal

What defines the best cymbal for metal music has been a matter of discussion for a while now. But the key factor, in general, is the item’s ability to deliver a strong punch and strike right through the mix despite being surrounded by roaring guitars and vocals.

We won’t claim to know the answer to this question, but the models we’ve shown you here are what a lot of drummers in this music genre tend to use. Like we said before, large and loud cymbals are what gets the job done. All of these fit that bill. Good luck!