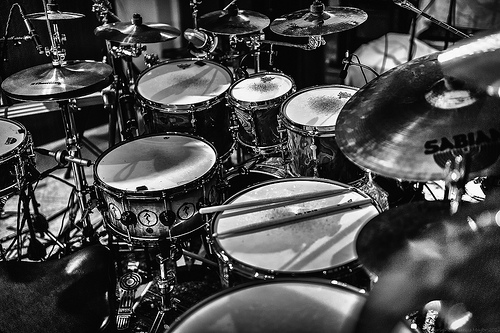 Photo by Jagpot / CC BY

the right drum heads for rock? Well, all batter heads take a beating—that is kind of their job—but when it’s a rock drummer at the kit, drum heads can be subjected to an even more substantial degree of abuse. Whether you’re shopping for replacement heads for your snare or tom, you want to look for the drum heads that will give you the most consistent sound response and can stand up to repeated loud dynamics and hard hits. You also want to find a head that’s going to give you good sound quality, with a clean attack, clear tone, and the right amount of sustain.

Striking a compromise between these two factors isn’t always an easy task, but the drum heads on this list will give you both the power and the musicality you need in your kit—without blowing out when the beat gets loud.

These are the 4 best drum heads for rock on the market: 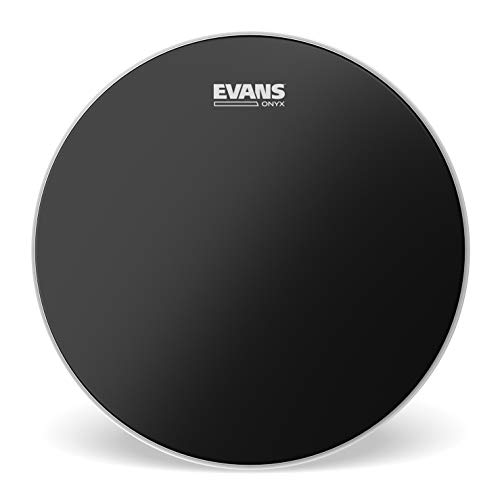 Designed for use with toms but equally as powerful as a snare head, the Evans Onyx is a 2-ply batter with a frost coating that gives it an elegant matte black appearance. The color isn’t just for looks, though—the coating also gives your notes a cleaner attack and more resonance, increasing the response in the lower frequencies. The coating and double plies also serve to make the head exceptionally durable, whatever drum you’re installing it on. The deep sound and incredible projection make this head a favorite among rock drummers of all stylistic persuasions. 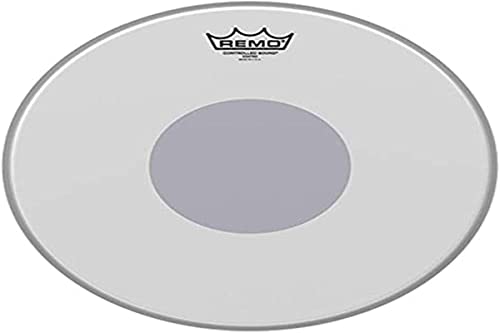 The Controlled Sound from Remo gives you a combination of the durability of a 2-ply and the crisper, brighter sound of a thinner head. The 1-ply Ambassador-weight head has a 5 mil thick dot in the center that increases its durability and helps to control the brightness of the attack, eliminating some of the overtones. You can use the outer area to get the tone and attack sensitivity of a medium-weight head, while the center will give you the forceful, focused tone you sometimes need for hard-driving rock. This versatility makes it ideal for use with both snares and toms. Hands down, these are among the best drum heads for rock. 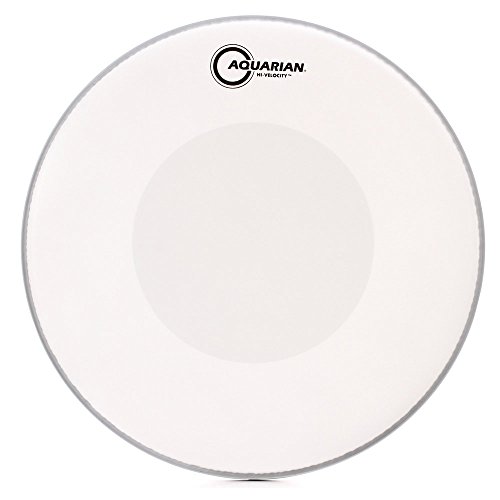 Rock drummers can give their drum heads quite a workout, but that won’t be a problem if you’re using Aquarian’s high velocity beaters. As some of the thickest heads on the market, VEL14 heads are designed for heavy hitters. It’s a coated head with two 7-mil plies and also has a power dot under the surface for an extra layer of strength. The extra thickness gives it extra volume and power that still produces a warm tone with a sharp attack. It’s best utilized as the beater on a snare, though it can also brighten up the sound of a tom that’s too dark or muffled. 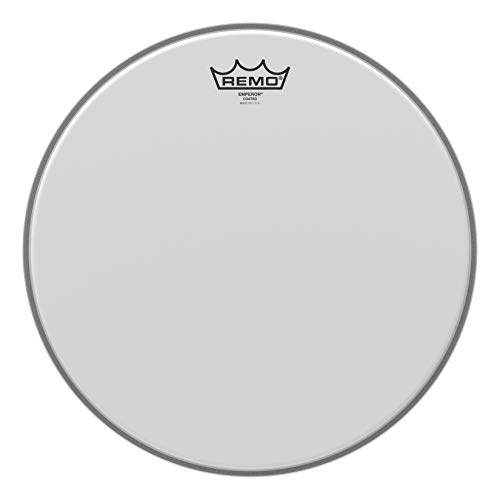 The Emperor is a popular choice for studio musicians because it’s the perfect mix of durability, versatility, and value. It’s equally renowned as a snare and a tom head and consistently produces a warm and rounded sound. It’s constructed of two free floating 7-mil plies and the coating adds an extra layer of protection, as well as extra depth to the tone. They’re also easy to tune and adjust for different playing styles and are very forgiving when it comes to intonation, giving you an open sound at both tight and low tension. This should be on anyone’s list of the best drum heads for rock.

While a lot of modern drum heads are marketed specifically for a snare or tom, in many ways a batter head is a batter head. Bass drum batters that are struck by a beater have a slightly different set of requirements, but whether it’s your tom or your snare, you’ll be using the same combination of sticks and brushes. Provided you can find the head in the right size to fit your shell, there’s no hard and fast difference between a snare head and a tom head.

The reason drum companies often market certain heads as being for snares or toms is because most drummers will be looking for a brighter, snappier sound from their snare than they want from their toms. A lot of this difference in sound comes from the construction of the shells, but the heads marketed for snares will tend to be brighter, with a snappier attack, while those marketed for toms will be warmer with more sustain. If you have a tom that sounds too dark or muddled, using a head sold for snares can help to add more clarity; conversely, a head that’s marketed for toms could be just what you need on your snare if you’re looking for more tonal depth.

There are three main factors at play when it comes to the sound a given drum head produces: The number of plies, the thickness of the plies, and the kind of (or absence of) coating. Single-ply heads tend to be the brightest and least durable, and while they can be ideal for lighter playing styles, like jazz and soft rock, they can’t achieve the power and volume most rock drummers are looking for. A two-ply head will give you a more defined attack and a more controlled sound overall than a single-ply version.

The overall thickness of the head is going to have the greatest impact on the ultimate tone. Each ply of a drum head can come in a width anywhere from 7 mils to 12 mils. The standard two-ply head is constructed of two layers of 7 mil film, though some models will use different thicknesses in the two plies to achieve a more nuanced tone. The thinner the head, the more overtones it will produce when struck, and higher the produced pitch will sound. Some drum heads (like the Remo Controlled Sound [see full specs] above) use a single ply for the overall construction with an extra layer of film in the center. This can give you more variety in your sound across the drum head, and will have a similar durability to a two-ply head.

The final factor in play is the coating. The added weight of the coating on the head serves to dampen some of the overtones and warm up the overall sound, and can also make the head more durable. Frosted coatings, like the one used on the Evans Onyx (see full specs), bring out more of the low-end tones and give extra power to the front edge of the note. Heads sold for toms are often coated because of this dampening and darkening effect.

Whichever product you choose, though, we’re use any of the above will qualify for the best drum heads for rock. Good luck!