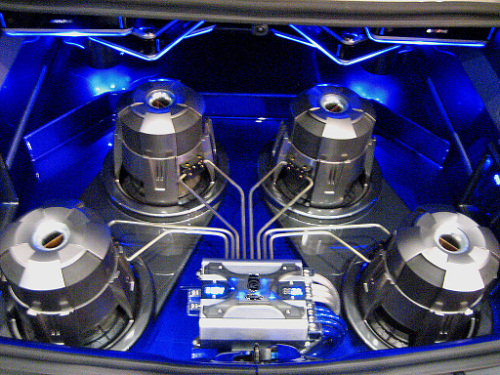 Photo by James Palmer / CC BY

were designed with one mission in mind—to bring the most power and sound quality possible to the car audio world. While speakers and subwoofers are the more talked about aspects of an audio set-up, a quality amplifier is equally important to creating the ideal listening environment inside your car.

The amplifier’s purpose is to increase the power of weak audio signals until they’re powerful enough to drive your speakers. This allows for higher dynamics without distortion, making an amplifier absolutely necessary not only for people who want their bass to thump but for anyone looking to get high-quality sound even at highway speeds. Even factory head units have some kind of amplifier built-in which may function well enough when it’s only powering the speakers, but these units rarely provide enough power for a subwoofer.  Indeed, a dedicated Monoblock amplifier, like those offered by Hifonics, is a necessary investment if you want better bass on your drives.

Here are what we consider as the 4 best Hifonics amps on the market: 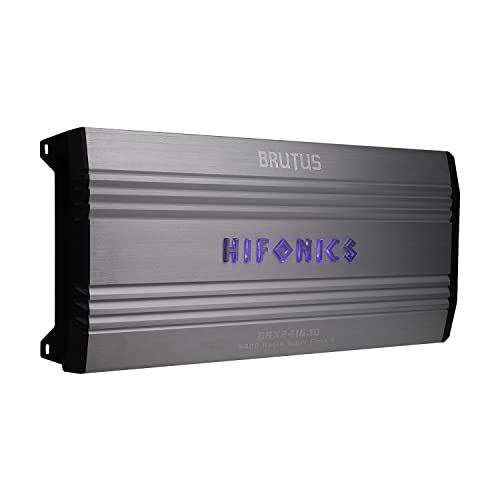 The Brutus Monoblock Class D amplifier is the top of the line for car audio amplification. It has an RMS rating of 1000 watts at 4 ohms, 2000 watts at 2 ohms, and is stable at 1-ohm mono operation up to 3000 watts. The variable bass boost and low-pass filter give you complete control over the audio quality from your speakers and subwoofer. It’s also built to last, with 3-way circuitry to protect against speaker shorts, overheating, and power overload and a heavy-duty head sink of aluminum alloy. This amplifier can push 15” woofers even at 1-ohm impedance without overheating, and the attention to detail—like the lighted connectors and on-board system diagnostics—make it the ultimate in quality and performance.
2016-mofo 152 on hifonics brutus brx2416.1d, sealed box still no other upgrades 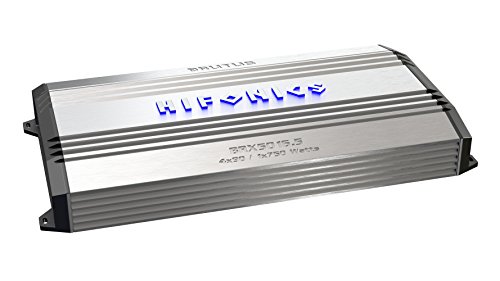 If you want the power of the Brutus but in an A/B Class multi-channel amplifier, the BRX5016 is the model to suit your needs. It has the variable bass boost, low-pass filter, 3-way circuitry protection, and aluminum alloy construction of the Class-D Brutus, with a total RMS of 1200 watts split between the channels. All five channels are stable at either 4 or 8 ohms, with an RMS between 60 and 100 watts on the first four channels and between 475 and 750 watts on the fifth. Hooking up multiple speakers is easy thanks to the dual speaker terminals, making this the ideal amplifier to power your whole system and one of the best Hifonics amps period.
HIFONICS BRUTUS BRX5016.5 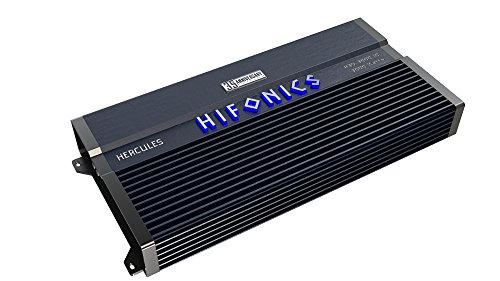 If you’re looking for the most versatile Monoblock amplifier you can get from Hifonics, you definitely want to check out the H35 Hercules model. It comes in a variety of wattages and price points, starting with the 1,700-watt version and going all the way to the 3,000-watt version linked to above. All variants of the Hercules Monoblock amp are stable at 1 ohm, with an RMS up to 1,500 watts, and can also be used with equipment rated at 2 and 4 ohms—one of the things that makes it so universally useful. Whichever version you get, it comes with a dual Turbo Coil modulated MOSFET power supply, so you know you’ll get consistent power, no matter what kind of subwoofer you hook up to it. 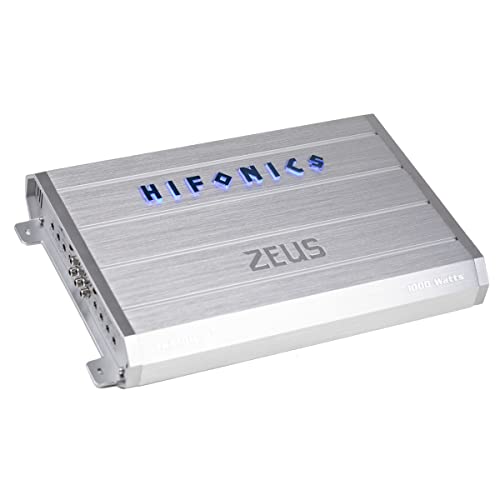 The Zeus is a class AB 1000-watt, 4-channel amp with military-grade printed circuit boards and onboard electronic crossovers, and is one of the most versatile amplifiers in the Hifonics catalogue. It has a classic Hifonics aluminum heat sink to give you top of the line heat dissipation, along with a variety of circuit protection against power overload, overheating, or short circuiting, making sure it’ll keep giving you great sound for years to come. It gives you 250 watts per channel for 2-ohm components or 125 watts per channel for 4-ohm units, and can also be bridged into two 500 watt channels to let you power larger items. This is undoubtedly one of the best Hifonics amps for the money.
NEW Hifonics Car Audio Products At CES

The class rating on Hifonics amplifiers is not a measure of quality; rather, it’s an indication of the amplifier’s intended use. A D-class or Monoblock amplifier—like the BRX2416 (see full specs) and H35 above—will function best as a dedicated subwoofer amplifier, and the features are designed with this in mind. If you’re looking for a replacement amplifier to run your speakers (or even your whole system) then you’re in the market for a Class A/B amplifier, such as the BRX5016 (see full specs) or the ZRX1016. These models have multiple channels and feature high-pass as well as low-pass filters, giving you better sound quality throughout the frequency range.

All Hifonics amplifiers can be daisy chained, meaning they’re designed to work in a multi-amp system. If you’re adding a subwoofer to your car, you can buy a D-Class amplifier now to drive it without having to buy a whole new unit if you decide to get an amplifier to run your speakers down the line.

The power handling of an amplifier is one of the most important considerations to keep in mind—increasing the output is, after all, the whole reason to get an amp in the first place. Keep in mind, though, that it’s not a matter of simply choosing the amplifier with the highest RMS and calling it a day; rather, the ideal power handling of an amplifier is directly related to that of the speakers. Ideally, the RMS of the amplifier should be between 75% and 150% of the power the speakers can handle, erring on the side of overpowering the speakers rather than under powering them. If you’re powering a 100 watt subwoofer, you’re looking for an amplifier with an RMS between 75 and 150 watts; amps in the higher end of the range will be better than those in the lower.

If you’re buying a multi-channel amplifier to power your entire system, figuring out the ideal RMS is a bit more complicated. The wattage an amplifier is capable of sending to the speakers will vary depending on the impedance of the speakers, or roughly the amount of resistance they put up against the power the amp is sending them. Make sure you know the impedance of your speaker before trying to figure out how much power you should give it because an amplifier’s output is affected by the resistance.

The 5-channel Brutus model above, for example, can provide 60 watts of power to a 4-ohm channel, but 100 watts to a 2-ohm channel. Since it’s a measure of resistance as opposed to power, two 4-ohm speakers on a single channel will require a 2-ohm load, while two 8-ohm units will combine to be 4-ohms. If you’re not sure, a single speaker per channel is the safest way to keep your equipment from being damaged.  And we hope, with this article, you’ve found the best Hifonics amp to complement your setup.  Good luck!