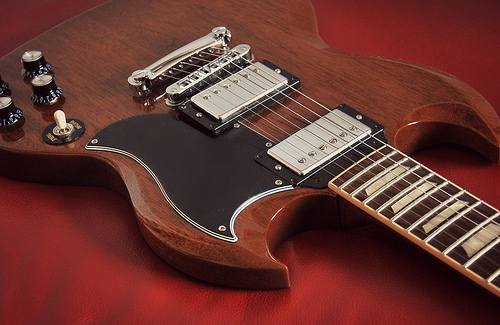 SG can be described as a truly legendary guitar. As every single part of it is high-quality and durable, it really stands out no matter the genre of music for which it is used. However, if you seek a slightly different sound from this guitar, an alternative pickup solution is your best bet.

Modifying your Gibson SG can sometimes be a challenge. If you’re a beginner and want to change the pickups on your SG, it is normal for you to worry about messing something up in the process. However, the gains of a good, new pickup combination are well worth the risk.

By getting the optimal combination of pickups you can go a step further, and shape the sound to the point of perfection. Whether you need more gain, sustain, sharpness or distortion, having a good pickup setup makes a huge difference. Forget about pedalboards and processors and the hassle that comes with them.

Below are our recommendations for the 4 best pickups for Gibson SG guitars on the market: 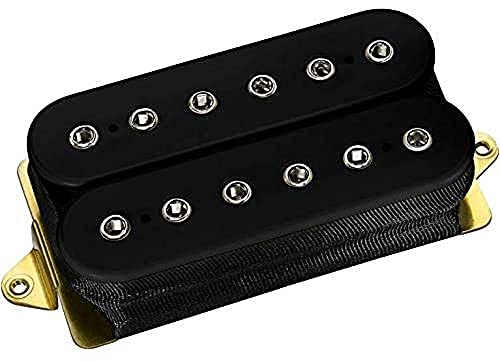 Maybe not as popular as the Evolution model, the DP166 bridge pickup delivers quite a punch. Having a thick and boosted mid- range makes it perfect for guitarists that seek that heavy yet distinguishable sound. If you’re looking for that well known Paul Gilbert or Al Di Meola sound, but don’t want to bust your bank, look no further.

The best way to describe the low end of the tone you get with this pickup would be fat and with a lot of presence. DiMarzio managed to engineer this model in a way that provides great depth when lower notes are played, without muddying up the whole tone.

As this model features 4- conductor wiring, harmonics stand out very easily, as do the highs. No more worries when playing that tight solo, as the whole frequency range manages to stand out perfectly.

Providing total overdrive on a tube amp, and a tone capable of cutting through the mix, the DP100 is definitely a great value for the buck and is easily among the best pickups for Gibson SG. 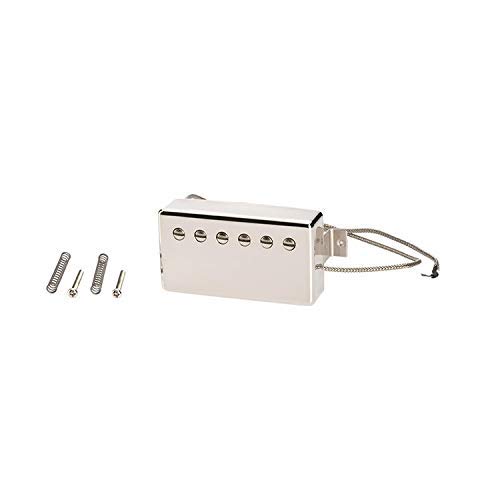 If you’re looking fo the perfect bridge pickup replacement for your SG, this just may be it. The 57 Classic Plus Humbucker was designed to mimic the famous late ‘50s humbuckers with a few extra coils. That gave them a slight kick in the output, without sacrificing the classic vintage tone. No wonder Gibson decided to do a remake of a great design like that.

The great thing about this model is its capability of providing a rich and slightly more powerful signal to the tube amp, delivering a smooth and saturated sound, while at the same time not being too overpowering.

This is a definite choice for anyone in need of a little more of everything when it comes to sound, as this pickup boosts the whole tone range in a unique fashion and balanced levels. Especially good for rhythm guitar, the Gibson 57 Classic Plus Humbucker is a great option for your SG, no matter your play style or genre of music. 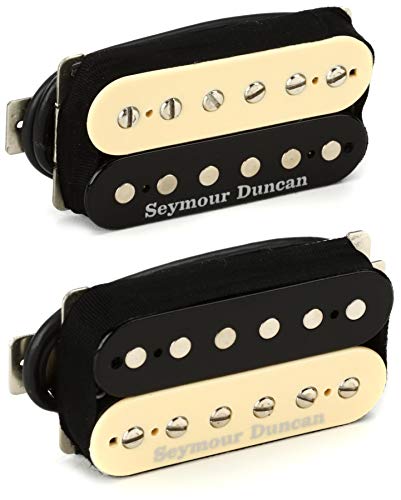 You pretty much can’t go wrong with any Seymour Duncan humbucking pickup on an SG. The company makes a lot of different options, each of which will give you its own distinctive tone color that ranges from hard-driving distortion to more mellow jazz tones. As an all-purpose recommendation that can cross genres and styles, though, we love the way the Pearly Gates complement the Gibson SG’s natural tone.

The most impressive thing about the tone you’ll get out of the Pearly Gates is the focus in the mid-range—it’s fat and powerful, with a lot more presence than what you’ll get out of other humbuckers. This is thanks in large part to the Alnico 2 magnets featured within. Combined with the open tone in the high end, the overall sound is a modern update on the classic Gibson tone.

The versatility is what makes the Pearly Gates really shine, though. It can give country players just the right amount of twang, but also delivers the screaming high-end you need for classic rock solos. They’re loud and resonant enough for lead guitarists while still giving you the dynamic range and crisp attack you need as a rhythm player, especially given the low-end warmth. How can you not consider this among the best pickups for Gibson SG guitars? 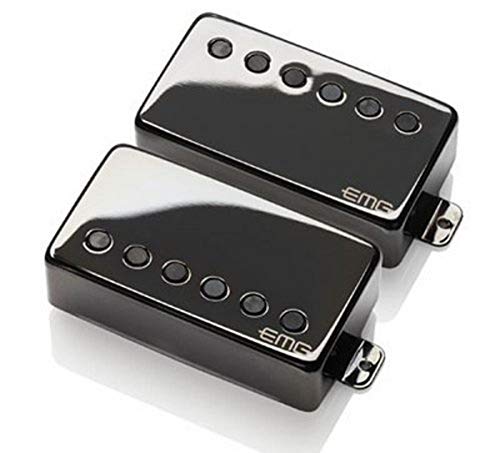 Even though at most times, picking separate bridge and neck pickups is a better idea, as many different combinations can be made, and ultimately giving a unique sound, we decided to include a set. As the frontman of Metallica, James Hetfield made a huge impact when it comes to metal music, especially with his, now legendary, riffs and licks. EMG made a signature set with an idea of giving more guitarists the possibility of sounding just like Hetfield, and a bit more.

By using close aperture coils combined with ceramic magnets, the JH signature sets gives guitarists an intense sound that is at the same time rich in detail and clarity (see full specs). The neck pickup can be described as having loads of attack, a higher output, and heavy lows. The combination of materials used provides tight and snappy attack when used with distortion, as well as pleasant and clear clean tone.

Besides the overall great performance, these pickups also have a neat brushed black chrome finish, so blending in with your SG won’t be a problem.

So, as you’ve probably noticed so far, there is a vast range of very different options when it comes to pickups for your SG.

How do you choose the best ones? What things to consider?

Well, besides the genre of music you prefer playing, there are a couple of other things that are worth mentioning. If you’re a more experienced guitarist, don’t be afraid to play around with different neck/ bridge combinations. On the other hand, if you don’t feel like tinkering with your guitar too much, a premade set will do the job.

Mixing high gain and low gain pickups can result in an unbalanced volume and sound, so you should always pay attention to the specifications.

Besides that, it’s really up to you. As we’ve gone over some of the best pickups for Gibson SG in different price ranges, ask yourself what sound you’re looking for, and how much money are you willing to spend. As the SG is an outstanding guitar by itself, a good and thought out combination of different pickups can, in almost any case, only make it sound even better! Good luck!