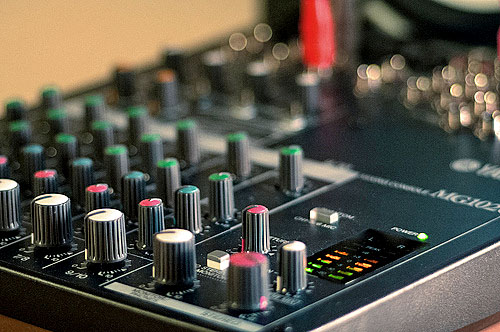 Photo by Michael Coppola / CC BY

get a preamp mixer? Simple: many devices in the typical recording set-up operate at a level far below the line level of recording equipment. This can cause a lot of issues when you’re trying to get a consistent balance across input channels in your mix. The signal recorded through microphones will usually need the biggest boost, but keyboards, synthesizers, guitars, and basses often also need a bit of gain to get them up to line level.

This is where a preamp comes into play. Some equipment will come with its own on-board preamp to help even out the signal, but even so an external preamp mixer can be a huge help blending all your tracks together seamlessly. The good news is, you don’t have to spend a lot to get one. Some of the top preamp mixers are also super-affordable. We’ve picked out some options from a few different price points on the list below to help you along on your search.

These are our recommendations for the 4 best preamp mixers on the market: 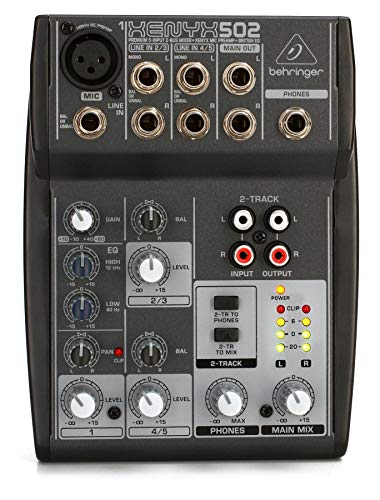 The Behringer Xenyx line has an extensive range of mixer options, from the 16-channel UFX1604 down to this little two-bus, five-input model, the Xenyx 502. The reason we’re focusing on the budget end of their catalog is because it represents such an incredible value. The Xenyx 502 is a godsend for anyone who needs a quality preamp mixer but doesn’t have a hundred bucks or more to spend.

The five inputs on the 502 are broken down into two stereo pairs and one mic line input. This is ideal for a self-accompanying singer-songwriter, and a good all-purpose configuration for rock and jazz trios. The proprietary phantom-powered preamp on the mic input is the same quality level as the one you’ll find in their costlier mixing boards.

The EQ on Xenyx mixing boards is based on the two-band design used on classic British Invasion-era mixing boards. They aim to bring the same musicality and warmth to your tone that was made famous by those vintage boards, and this tone quality is as apparent with the 502 as with costlier models in the line. If you’re looking for a simple, affordable preamp mixer, this is our top choice. 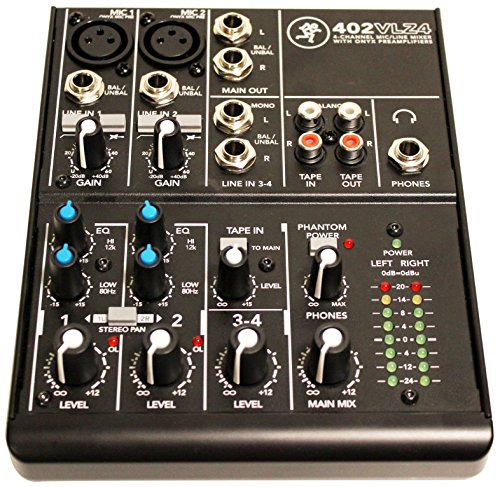 The Mackie VLZ series aims to put professional performance into a compact and affordable package that will fit into any recording set-up. These mixers are straightforward, durable, and versatile, and live up to the company’s 20-year reputation for quality construction. The VLZ4 is a recent re-design of this beloved mixer series, with improvements to the preamp technology that make it a strong contender for the title of best preamp mixer for the money.

The four channels on the VLZ4 are split between two mic inputs and two stereo pairs. All four channels give you the low noise and high headroom Mackie mixers are known for, but it’s the two mic channels that are of most interest for this article, since they include the Onyx preamps. These are boutique-quality preamps, designed for absolute clarity and transparency.

The high-level sound reproduction is what drew us to this Mackie mixer, but it also gets high points for ease of use. They’ve provided an impressive array of controls without giving the mixer a massive footprint, with an intuitive layout and high touch sensitivity so you can quickly dial in your perfect mix. 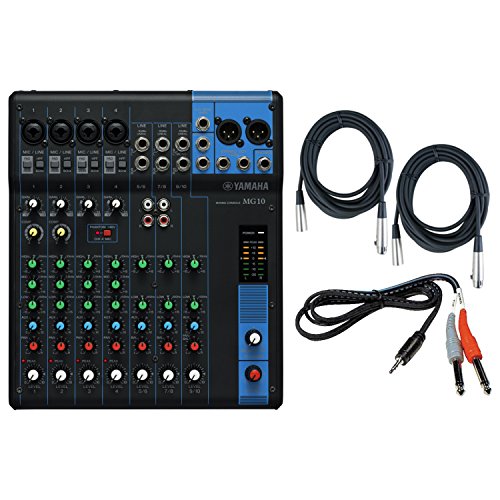 When it comes to mixers, you’ll typically find that the more channels you need the more money you should expect to spend. There are some companies that buck this trend, however; one of them is the music giant Yamaha. This 10-channel mixer is not only a great value but outperforms mixers at twice the price in terms of audio clarity and overall performance.

The ten inputs on this mixer (see full specs) are divided into three stereo pairs with four mic line inputs. The mic preamps are Yamaha’s D-PRE style. They’re good for the money, although they are a bit noisier than we’d like. The mixing controls are the standard 3-band EQ, with individual controls for each channel and a master pan and level.

The MG10 is a workhorse. Sure, it’s nothing fancy, but it’ll get the job done. It’s an especially good choice if you need a preamp mixer with a lot of channels that won’t eat up your entire budget or workspace. The color-coded knobs are easy to use and the sound quality is high enough for studio or live applications.

If you mainly need a preamp for microphone signals and you want the best preamp mixer you can get your hands on, you’ll want to check out the OctaCapture from Roland. It’s definitely the high-end entry on the list in terms of both price and quality, and the only option with intelligent functionality to help you optimize your signal balance.

The OctaCapture (see full specs) is focused on the preamp side of the equation more than the mixing. It doesn’t have the full control board you’re likely accustomed to seeing. It condenses these down to one set of controls, with a LED display that shows which channel and setting you’re adjusting. By putting four inputs on each side, the OctaCapture becomes a huge space saver over traditional mixers. You’ll get eight independent channels and four separate mixes in a package that’s no more than a foot in any dimension.

You can expect quality when you buy Roland equipment. Because the OctaCapture connects via USB you can use it with a wide range of DAW platforms, as well as analog mixing equipment, allowing it to fit seamlessly into any recording set-up. If you want the top preamp mixer for vocals, hands down, our choice is the Roland OctaCapture.

So Which Is the Best Preamp Mixer?

The answer to that question really depends on the number and style of inputs and channels that you need. Keep in mind that many mixers with both microphone and stereo channels will only put a preamp on the microphone inputs. As we mentioned in the intro, this is where you’re most likely to need them, but that’s something to keep in mind if you want a more universal preamp.

Whatever you’re looking for, one of the four options above is guaranteed to be a great mixer choice for you. Good luck!