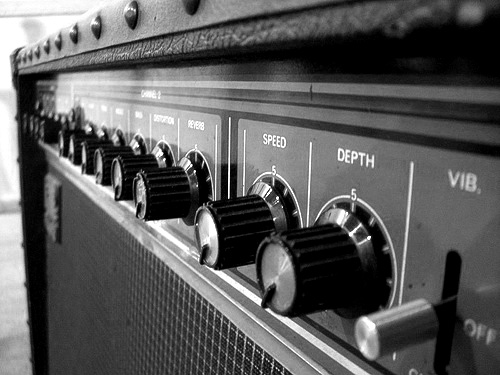 Photo by Takaaki Ito / CC BY

interested in buying a solid state amp. That’s nice but beware! There are quite a bit of these devices out there on the market that offer poor performance that you will never be able to switch into top-notch stuff, even with the best pedal board and guitar in the world.

However, it’s not that bad. It’s just that the stinkers have given the good boys a bad name, but there’s also a good side to that, as you can now find some bonafide hidden gems for a great price. Many things to look out for, but if you have a trained ear and a good set of guitar chops, it all comes down sifting through the countless offers.

We did our absolute best to handle all the hard work, and can now proudly present you with out top 4 choices for the best solid state amps. 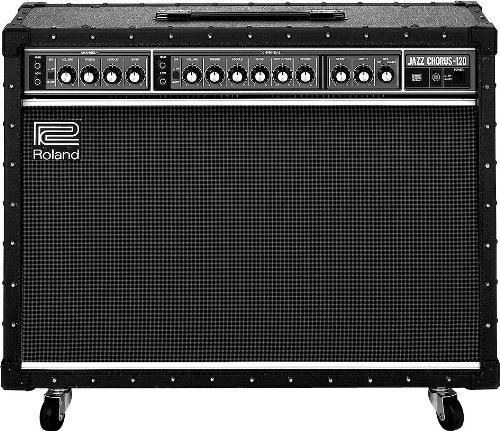 If anyone tells you that there is no such thing as a classic solid state amp and that solid state models are just cheap rubbish for beginners, we advise you to kindly point the given individual to the Roland Jazz Chorus 120 (see full specs), a genuine classic guitar amplifier, period.

Used by everyone from prog rock icon Robert Fripp, jazz legend Pat Metheny, and metal titans James Hetfield and Kirk Hammett of Metallica, this amp boasts an amazing clear tone. Many find it hard to believe that such clarity, power and brightness can be achieved via a solid state model, but the lovely folks at Roland have managed to achieve that grand feat.

In the fuzz department, you could say that the amp severely lags behind the clear section, but it actually just offers a very solid performance and nothing more. For the listed price, you still get a killer deal.

The 120 model sports a set of two 12-inch speakers offering two outlets of 60 watt power. If you stumble upon one of these babies live, make sure to check out the glorious clean tone, you’ll love it. This is one of the best solid state amps, bar none. 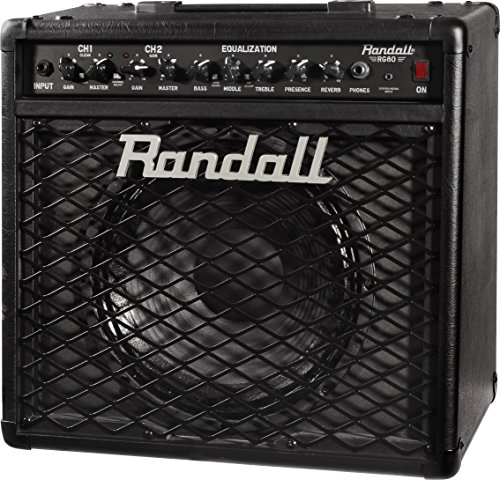 Randall amps are the gold standard for the metal guitarist. It was the amp of choice of Pantera’s late great guitarist Dimebag Darrell; Metallica guitarist Kirk Hammet also plays a Randall. If their sound is what you’re looking for in an amplifier, this brand is the way to go.

The RG80 is a powerful amp, capable of giving you far more volume and output than you’d expect from the reputation of solid state amplifiers. It uses a 1X12” closed-back cabinet combined with an amp head that gives you 80 watts of pure power. Passed through the single 12” speaker this can give you some killer gain and distortion, far more than you might expect from such a compact cabinet.

The added features of this amp are also aimed toward the metal player. It has perhaps the best built-in spring reverb of any amp you can find in this price range. It also gives you an on-board FX loop. The FET circuits are based on the style company founder Don Randall used in his earliest amps, and the modern updates to the circuitry make it a beast of an amp for the modern metal player.

You might think that an amp that offers this combination of sound quality and convenience would cost a fortune, but perhaps the most surprising thing about the RG-80 is the price. It’s a remarkable value and a smart choice whether you’re buying your main amp for gigs or a back-up that’s easier to carry to rehearsals and practices. If your question is “What’s the best solid state guitar amp for metal?” the answer is right here. 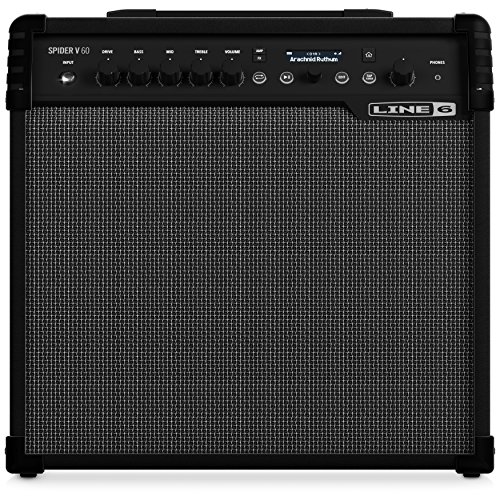 Line 6 is a company known for its innovative spirit and each of their devices carries a unique stamp and sonic vibe. This time around, we decided to bring one of their budget friendly models as the top solid state guitar amp that (not a lot of) money can buy.

Specifically, we’re talking about the Spider IV 60, a lean and mean little champ packing 60 watts of power that can take out a freight train. The device boasts a surprisingly rich panel of tonal adjustments, allowing you to tweak it until it suits your needs to a tee. This means that every sonic frequency is very well covered.

The amp even includes manufacturer’s presets based on sounds of many iconic and popular players out there, ranging from The Donnas to Meshuggah. What’s cool about the Spider’s versatility is that a beginner can forge his taste and style in whichever direction he or she likes, and still count on this Line 6 to cover his or her back at all times. Just so we’re clear here—not a lot of beginner amps can do that.

Getting Ready for the Gig | Line 6 Spider V 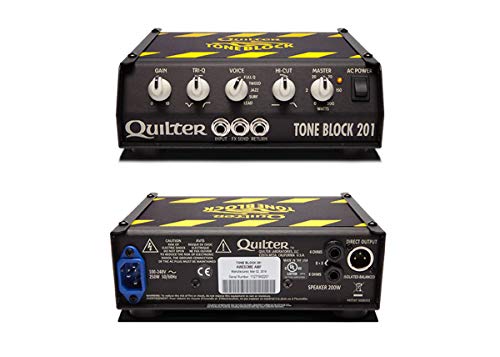 Rather than presenting you with one of the numerous decent, yet very average and in many ways dull amps, we’d like to go out on a limb here and give you something a tad different. Hailed as the torchbearers of solid state technology innovation, Quilter Labs have managed to fetch their share of the market in past years with great skill and a fresh approach.

In times when everyone is focused on digital modeling, the Quilter folks are sticking their guns to the old-school way by going full analog and bringing and bringing an incredibly organic, natural tone to the absolute forefront.

We’re not sure how the manufacturer has managed to do it, but the ToneBlock 201 packs a whopping 200 watts of power in a small package. It is incredibly loud and raw and very, very close to an actual tube amp in terms of grittiness, mid-range punch, bass warmth and treble brightness.

They are a new company and trusting the new boys on the block is always a bit of a leap of faith, but you can take our word that this amp is not a device you can go wrong with. Highly recommended for the adventurous kind!

“SO ARE SOLID STATE AMPS ANY GOOD? AND WHAT EXACTLY IS THE DIFFERENCE THEN?”

Yes, of course, they can be good, especially if you test one of these babies out. As for the difference, the main difference between tube amps and solid state models is the fact that the latter ones utilize semiconductor circuits, which give a significantly lower-quality audio, but are also far lighter and less expensive.

So if you want to strike gold with the best solid state amp, you’ll have to dig deep, which is what we did right here for you. So hit your local music store and see if they have one of these bad boys in store and test them out with an average Fender Frontman, and you will absolutely see an enormous difference (then, if you’re smart, buy it online to save you money).