Photo by Luke Price / CC BY

originally came as a twist on Les Paul’s legendary single-cutaway design. And although we had the same dual humbucker or dual P90 pickup formation, the body is significantly thinner. And aside from being a noticeably lighter guitar, there are some other ergonomic features in there that make it very comfortable to play, especially in the higher fret areas. What’s more, it will feel as if you’re playing on any other part of the neck.

Additionally, pretty much every Gibson SG model is known for its slightly darker and mellower tone, great sustain, and diversity. For instance, you can use the same exact model with same exact pickups and play anything from smooth jazz up to death metal.

However, in order to get the best of its pickups, mahogany body, and amazing set-neck construction, you’ll need some good guitar strings for it. Speaking of necks, some Gibson models are known for having necks as their weak spots prone to breaking. Therefore, we made sure to take that factor into consideration as well.

So, for anyone who’s looking for best strings for Gibson SG, here are a few examples that will get the best out of your guitar. Of course, there’s something for both brighter and darker tones. So, without any further ado, let’s dive right into the products!

These are our recommendations for the 4 best strings for Gibson SG on the market: 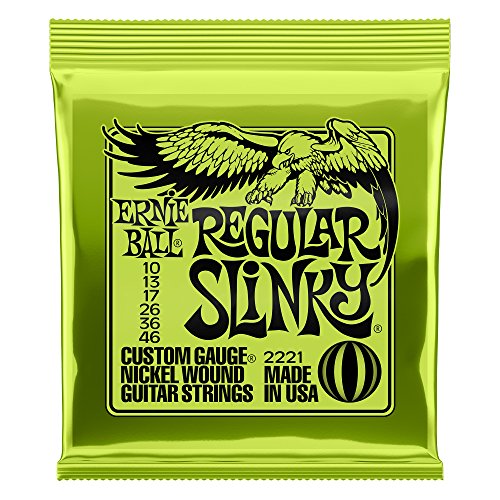 Of course, Ernie Ball comes as one of the biggest names in the world of guitar. Aside from great instruments, they’ve also perfected their craft in making amazing guitar strings. At this point, their Slinky series of strings became like an industry standard. The Regular Slinky pack includes the standard 10-46 gauge.

These strings are nickel wound, meaning that they’re pretty much a nickel-plated steel wire wrapped over a tin-plated steel core. The tone is slightly mellow, but it’s often considered to be “balanced.” Since it has a great distribution all over the audible frequencies, we’d recommend this one to those who play multiple genres and want to get the most out of their Gibson SG. The durability of these strings is fair, guaranteeing a decent tonal punch for an average time period. At this price, it is among the best Gibson SG strings for the money. 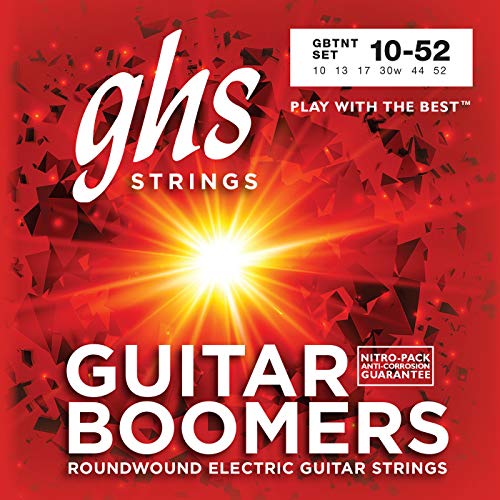 Up next, we decided to bring up another classic string pack – the Boomers by GHS. These puppies are known for being an affordable option that can withstand quite a punch, making them a favorite among the rock and metal crows. This tends to be the predominant crowd when it comes to Gibson SG guitars; hence, the match is perfect.

We’d mostly recommend the 10-52 gauge to offer some versatility for downtuning; needless to say, they are also great for the Standard E tuning.

These strings offer a bright tone that can present a completely new coat of fresh sonic paint for a Gibson SG or even a Gibson Les Paul, a new life if you will. The strings are nickel-plated with a hex core.

They’re really nice if you have one or more P90 pickups on your guitar. The strings work great with a variety of musical genres and are known as a top-notch resource saver. They can last a decent amount of time, and are among the best strings for Gibson SG for the money. 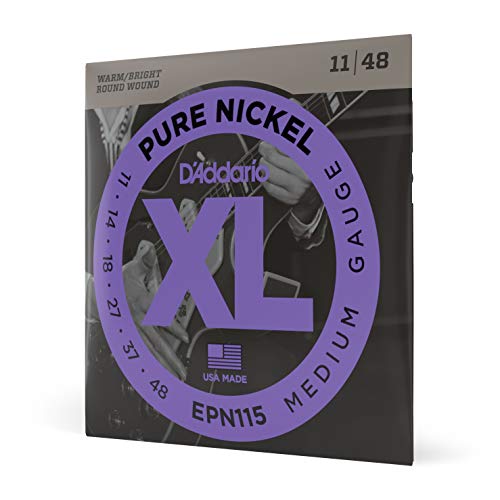 D’Addario is another renowned brand in the world of both acoustic and electric guitar strings, as well as nylon strings for classical guitars. But when it comes to SGs and some hard rocking tones, we’d single out their EPN115 pure nickel strings as a great example.

They come in a few different variants, but the darkest tone and the mellowest one for jazz and rock guitar players comes with this particular gauge of 11-48.

Things get somewhat softer and warmer in clean settings, but it’s also very useful for those slightly heavier distorted tones, as well as those psychedelic rock fuzzy sounds. Additionally, they’re pretty reliable and won’t break that easily, which is quite a surprise for their price level. For many players, these are among the best strings for Gibson SG around, offering the right mixture of quality performance to please the pros and the affordable price tag for the masses. 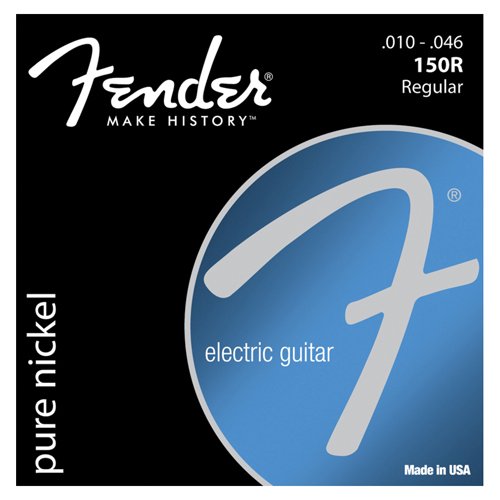 Lastly, we’d like to recommend Fender and their 150R Pure Nickel strings. Yes, it might seem a little controversial to have Fender stuff for Gibson guitars. However, these can work pretty well on any SG, especially if you need that balanced and “flatter” tone that covers the entire audible spectrum more or less evenly.

These are in 10-46 gauge, which we would favor the most for this particular list. Additionally, they’re designed in such a way to maximally reduce finger noise, so that’s a great choice not only for fingerpickers, but also those who are tired of constantly hearing the scratchy noises of their fingers going over strings. If you are a rock or metal player, we’ve heard guys in those niches singing praises of these puppies. But, even the jazz and blues guys have given no complaints wielding them.

How to Change Your Electric Guitar Strings | Fender

At the end of the day, there’s usually no “right” or “wrong” choices when you’re looking for the best strings for Gibson SQ guitars. It’s one of the main components that will make your tone unique. However, if we’re talking the SG’s common implementation in music, we’d argue that the string sets that we described above work the best. And there’s something for anyone’s tastes—anything from dark to bright tones.

Therefore, it is worth pointing out that the final choice is something you will have to determine based on your sonic preferences. It really depends on the vibe, darkness or brightness, and the physical feel of the strings that you are looking for. Once you have that factor sorted out, you can’t go wrong with any of the products listed above. Good luck!