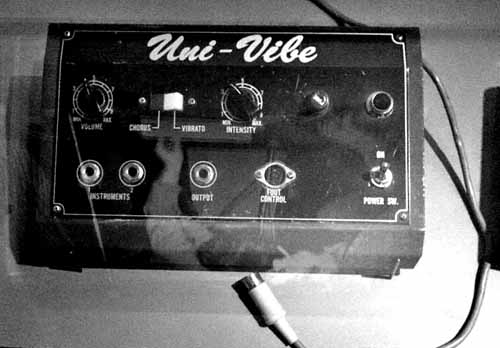 Photo by John.E.Robertson / CC BY

pedals are similar to phase shifters, chorus, or vibrato effects, but give your tone a unique color that can’t be accomplished with any other pedals. Introduced in the 1960s to emulate Leslie speaker’s “Doppler sound,” the effect uses a staggered series of filters (instead of the aligned filters in other phasing pedals) to give a chorus-like feel and was a favorite effects of guitarists like Jimi Hendrix and Pink Floyd’s David Gilmour.

It seems like every guitar company makes a version of this popular effect, and choosing which one is right for you can be tricky. The four pedals listed below are some of the best Univibe pedals on the market. 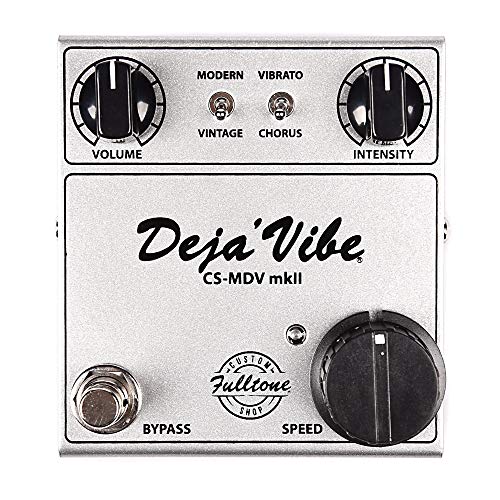 The Deja Vibe strives to recreate the infamous Univibe tone in a modern pedal that’s small enough to fit comfortably on your pedal rack. It has two modes, modern and vintage, which can be changed with a toggle switch. The vintage mode gives you the warmth of the original 1960s pedals while the modern setting has both a higher output and more modulation and depth with the phase shifting. The overall effect is a versatile pedal that can either recreate the vintage Univibe sound or take it to the next level. Without a doubt, it’s one of the best Univibe clones.
Fulltone Mini Deja Vibe MDV 1 Black Edition 9V Demo 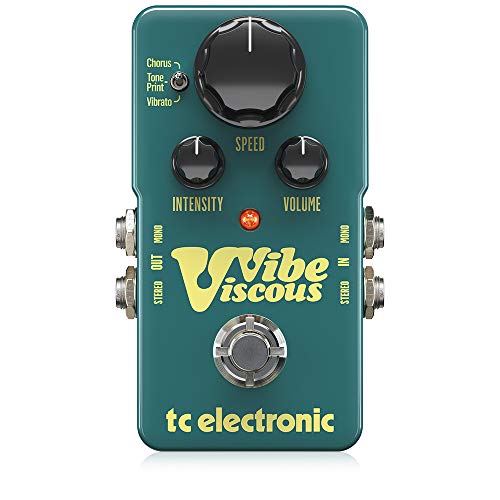 The Viscous Vibe from TC Electronics is at its heart an inexpensive way to add Univibe sound to your pedal rack, but like most of the company’s pedals, it does far more than that. It incorporates the Tone Print Technology that lets you download other tonal colors from their database, adding variations to the traditional modulation unit. You can access the Tone Print colors on the same switch that toggles between chorus and vibrato, keeping the pedal layout largely uncluttered—a large dial for speed and smaller knobs for volume and intensity make this TC Electronics pedal easy to adjust and activate on the fly.
tcelectronic: Viscous Vibe - demo in mono and stereo 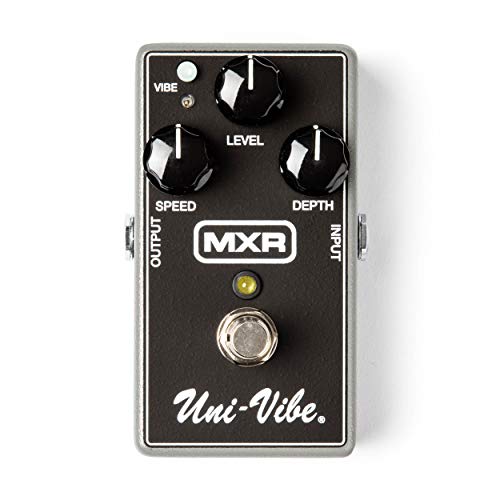 This simple little pedal from Dunlop reproduces the iconic Univibe sound in a sleek modern casing that takes up less space on your pedal rack. It gives you two operating modes: Vibrato Mode, for hearing only the shifted signal, or Chorus Mode, which mixes the dry signal back in with the effect.

You also get a lot of options for customizing the effect. Use the depth knob to change it from mellow to intense, or the speed knob to adjust the sweep rate. Since it also has a level control and a true bypass, you can use as much or as little of the effect as you want. If you want the closest thing you can find to a vintage Univibe pedal, the Dunlop M68 is right up your alley—it should be on anyone’s list of the best Univibe pedals. 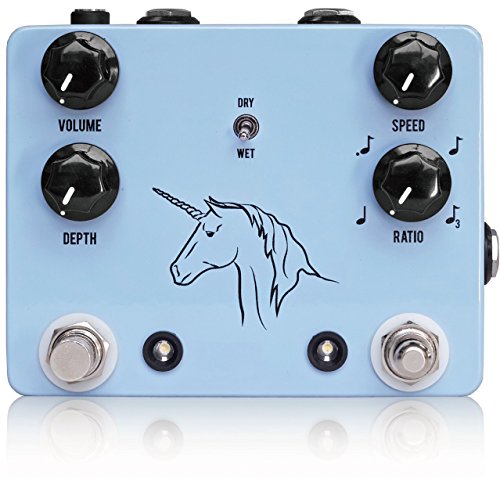 If you’re looking for an analog effect option, there’s good news and bad news. The bad news is you’re going to pay a little bit more to get it. If you’re willing, though, the JHS Unicorn Analog Uni-Vibe is one of the best effects on the market. It has a photocell modulator and all-analog circuitry, giving you that warmth and full lush sound a digital pedal just can’t replicate. It’s fully-featured, too, with a speed knob and a tap tempo input. The dry/wet toggle and ratio and depth knobs give you even more ways to customize the effect. The Unicorn isn’t a small pedal, but if you’re looking for a true analog Uni-Vibe effect, it’s definitely aptly named.
JHS Pedals Unicorn Univibe Photocell Modulator With Tap Tempo (demo)

The question of which pedal is the best emulation of the traditional Univibe sound is hotly debated in the guitar community. As sound technology advances, more companies are better able to accurately reproduce the phase and modulation effects of the Univibe pedal.

In terms of finding the best Univibe clone, the Fulltone Deja Vibe (see full specs) is practically indistinguishable from an old-school model, even to the best-trained ear. The other three pedals come exceptionally close to the classic sound, enough so that most players and listeners will be unable to tell the difference. When it comes to choosing which Univibe pedal is the right one for your rack, it’s likely going to come down to other details.

The question of analog vs. digital comes in in the discussion of any effect pedal, and the Univibe is no exception. The original pedal used analog circuitry, and traditionalists would tell you there’s no substitute for that sound. The JHS Unicorn Analog Univibe (see full specs) is a great choice if you’re looking for a modern take of that classic design, though like we said above you’ll have to pay a bit more for it.

Another downside of analog pedals is that they’re bigger, and that will be a factor if you use a lot of effects. If you don’t have the space to add a lot of gear, you might want to check out some of the smaller pedals on the list. The Dunlop M68 is the most compact option here, but the TC Electronics Viscous Vibe is pretty tiny, too, especially compared to one of the original Univibe models.

If you’re looking for a pedal that can give you Univibe modulation and a little bit more, the other features on the pedals might be where you want to focus your attention. Each of the pedals on this list do something beyond just recreate the Univibe sound, whether it’s the modern toggle on the Deja Vibe or the Tone Print technology of the Viscous Vibe. This does make the selection process a bit trickier.

Comparing just the Univibe tones is the proverbial comparison of apples to apples, but each company puts its own spin on the effects beyond the Univibe re-creation and each is capable of giving you its own unique range of sounds. If the modern twist on the chorus and phase effect is what you’re really after, the best way to make your decision is to listen to the full range of effects each pedal has to offer until you find the one that fits your playing style.

The digitalization of effects pedals has often been bemoaned for failing to capture the true depth and complexity of the analog effects, but regardless of how you feel about their tonal recreation capabilities, there’s no denying it gives you an exceptional array of options. All four of the pedals on this list can qualify as the best Univibe pedal and each can take you beyond Jimi Hendrix—and all of them for a price that can make you feel good about experimenting with your sound.