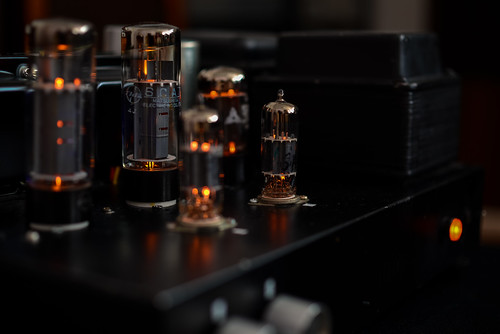 Photo by kazuhiko yoshioka / CC BY

play on a vacuum tube amp, you’re eventually going to need to replace your tubes, either because of a blowout or because they’re worn out and don’t play quite like they used to. Changing out your vacuum tubes can also be a way to add a new color to your sound and tweak the tone your amp produces.

EL84 tubes are known for their great sustain and smooth, sweet tone. They’re the tubes used by Vox to create their classic sound, perhaps best exemplified by their AC15 and AC30 models, and quickly became associated with the “British amp” tone. Today, you’ll find these tubes at use in amps put out by American manufacturers, as well, including some models from Fender.

EL84 tubes are generally known for having a focused mid and treble with a rich overdrive, but you’ll find each of the four tubes reviewed below can bring its own unique color to your sound.

They’re among the best EL84 tubes we could find on the market: 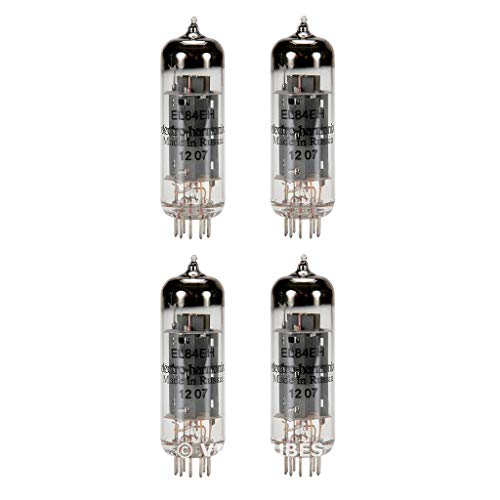 These power tubes are the perfect replacement for a variety of amp brands, both in the British and the American styles, including such prominent models as Vox, Peavey, and Fender blues amps. They’re a great choice if you want to add a little bit of extra grit into your sound, even before you kick up the overdrive. Depending on how you set your levels, they can give you a bluesy twang or a classic rock edge, while still maintaining the integrity of your tone. The response is smooth across the frequency range and more sensitive to dynamic changes, giving you an overall more musical tone.
EL84 SET Amp 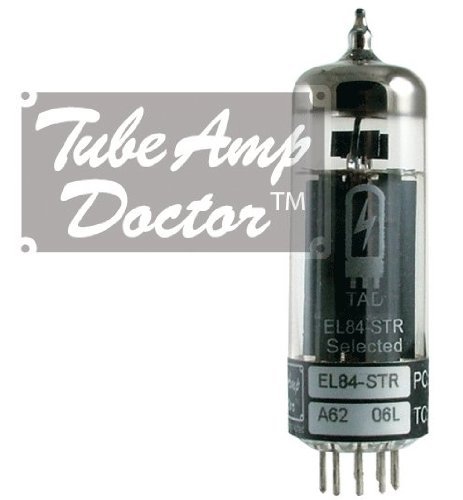 The heavy duty construction of Tube Amp Doctor vacuum tubes is what sets it apart from other models. It uses a gold grid wire and the thickest glass envelope available, with an oxide-coated unipotential cathode. The combination is a more consistent and durable tube. They’ll give your overdrive tone a solid rock crunch and your clean tone is balanced, with deep lows and bright highs. Tube Amp Doctor puts its vacuum tubes through rigorous tests to ensure there’s no extraneous noise or microphonics and that their tubes can endure shocks, without shorts or leakages. Hands down, these are among the best EL84 tubes. 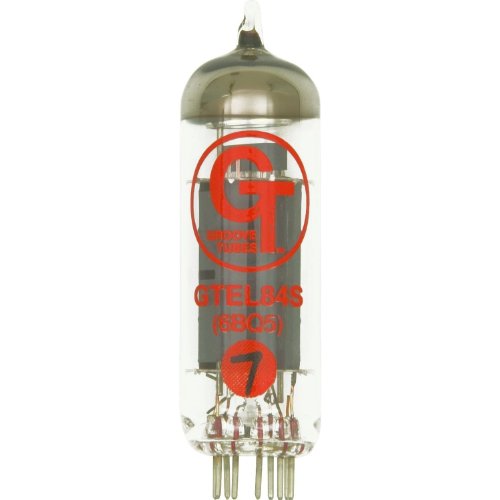 These tubes use the same low-power pentode that was made popular in early-model Vox AC30 amps, giving you a warm, responsive clean tone with a quick but soft and subtle overdrive distortion. These are excellent replacement tubes for jazz guitarists because of their smooth sound, but can work just as well for anyone who wants a richer tone that’s not overly bright. The Groove Tube testing procedure is one of the most rigorous of any tube manufacturer, meaning you can count on their products to be rugged and deliver the same smooth tone for a long while. 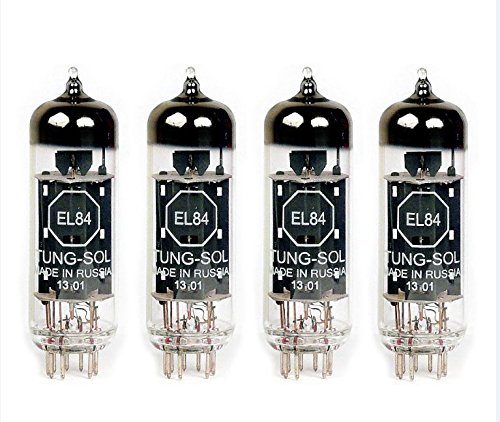 The Tung-Sol brand is well-loved by guitarists for the powerful, aggressive edge they bring to electronics. The EL84s from this brand are a relatively new offering, but though the product itself hasn’t been around for very long the company certainly has been, and they live up to their reputation for quality with this entry to their catalog.

Compared to EL84s from other brands, you’ll find the Tung-Sol tubes give you a brighter tone overall, along with a slightly higher output. Together, these translate to a sound that’s more suitable for heavier genres, like metal or hard rock. Depending on your amp, some players even find the tone that comes out of them to be a little harsh. If you’re looking for that edge, though, these tubes can give it to you. They’re likely the best EL84 tubes for the money.

EL84 Tubes — When to Change Your Tubes

The only time that you absolutely need to change out a vacuum tube is in the case of total failure. In the most extreme cases, this can mean the tube completely bursts; more often, it will be a more subtle compromise of the vacuum. You’ll be able to see that the vacuum is compromised by examining the getter, which is the metallic silvery or chrome-colored layer at the top of the tube. If it’s milky or looks stained, there’s air in the tube and you should change it for a fresh tube. These kinds of catastrophic failures are typically the result of physical impacts more than standard wear and tear of playing. If your amp is dropped or starts to sound strained or weak after traveling to or from a gig, check out your tubes. It’s very likely one of them was damaged and your amp’s sound will instantly improve once you replace it.

In most situations, damage to the vacuum tubes will be apparent to your ear before you’d notice it with your eyes. For power tubes, like EL84s, the audible difference is pretty obvious when a tube outright fails. Power and volume will drop significantly and you’ll get unwanted white noise and overtones when you play, especially in the low end, where you’ll notice a flabbiness to the notes, or less punch and articulation on the attack. If the tube is just worn out, the sonic differences will be more subtle. You might notice the tone is less resonant or somewhat “dead” sounding, or that you’re not getting as much dynamic power and range and you’re accustomed to. If your amp’s tone seems to have lost its usual sparkle, try swapping out the power tubes for a fresh set and you’ll likely find the tone instantly improved.

When it comes to regular maintenance or switching of your tubes, you’ll find several schools of thought. Some people recommend changing your tubes out every two years while others don’t think there’s any need to replace them unless they fail. The truth is that an undamaged vacuum tube can last a long time without losing anything of their tonal quality; it’s not unheard of to find a vintage amp from the ‘70s or even the ‘60s with original tubes. Just because you don’t have to replace your tubes, though, doesn’t mean it’s not an option.

Even the best EL84 tubes are relatively inexpensive (often even cheaper per unit. Upgrading the tubes that came with the amp to a new set that’s designed to bring out the characteristics you want in your sound can be a cheap and easy way to tweak your tone. Good luck!