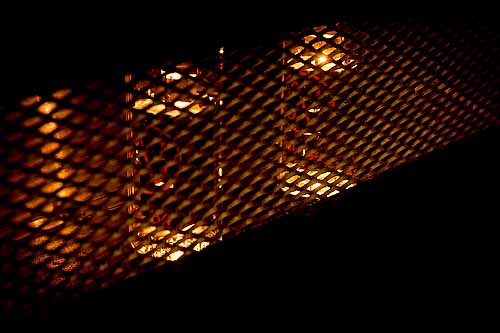 Photo by Ronan / CC BY

your 6v6 tubes? While there are varying opinions in the guitar community about how often it’s appropriate or necessary to change the tubes in your amp, even the best vacuum tubes won’t last forever. Shattered 6v6 tubes from impacts to the amp are one of the more common causes of failure, but even if you handle your amp with only the gentlest of touches, the regular wear and tear of daily use will also eventually cause the tubes to wear out.

If you want to keep your amp sounding exactly the way it did before, your best bet will be to buy a new set of the same 6v6 tubes that are already installed in your amp. If you’d like, though, you can also use a broken tube as an opportunity to experiment with new sounds, upgrading or modernizing your tone. The options on the list below are all worth consideration if you’re looking to change up the type of 6V6 tubes you use.

These are our recommendations for the 4 best 6v6 tubes on the market: 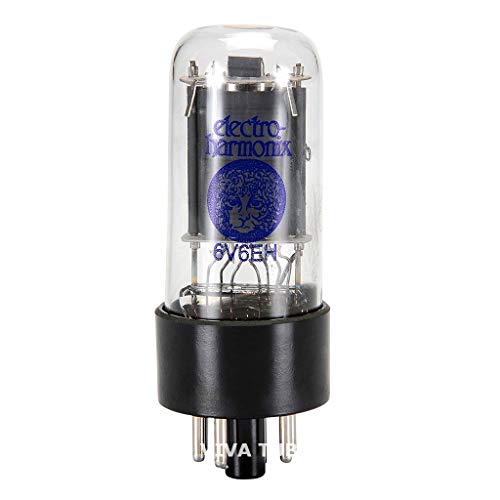 The 6V6GT from Electro-Harmonix brings you a combination of sound quality and durability for an exceptional value. This has made it the industry standard for most tube amps that are sold today—if you open up your amp and look inside, there’s a good chance you’re already playing on Electro-Harmonix tubes. They’re able to stand up to consistent use of overdrive and effects that are especially hard on your amp’s tubes and they’re especially popular in amps with a high plate voltage, such as the Fender Deluxe Reverb.

In terms of interior specs, this tube uses a tri-alloy material for the plate and a beam powered tetrode, with cathode coating that has been specifically designed to maintain consistent sound for longer, even under rigorous conditions. The combination means it can give you ideal quality at up to 475 volts. The high level of craftsmanship means you can count on every Electro-Harmonix tube to perform well every time. These are among the best 6v6 tubes for the money. 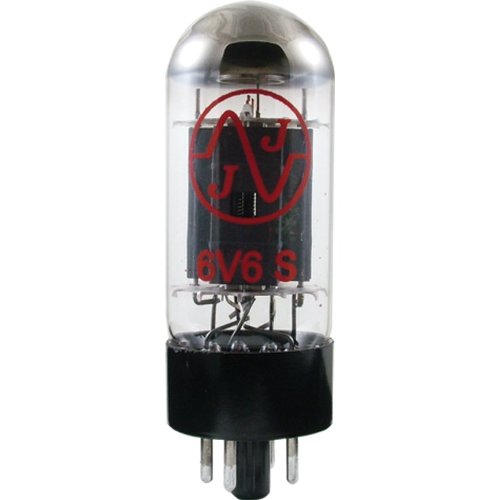 While the Electro-Harmonix tubes have been the industry standard for years, JJ Electronics is a relatively new contender in the vacuum tube market. Though they are better known for their power tubes, their 6V6S has also received high praise from guitarists for its ability to withstand heavy use with plate voltages up to 475 volts. Even if you’re the kind of player whose amps take a lot of abuse, these tubes are durable enough to take what you dish out.

The sound quality is the really important part of your tubes, of course, and JJ Electronics delivers on that front, as well. Clean tones are smooth and clear, with a sparkling high end and a fat, well-defined bass. They’re also great for the whole range of distortion, giving you a controlled, musical tone no matter how high you crank the gain. For some players, JJ Electronics tubes even out-perform Electro-Harmonix and other established brands. 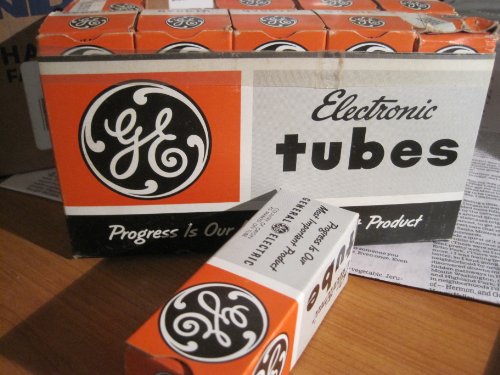 Both the JJ Electronics and the Electro-Harmonix tubes on the list above give you a similar tone, one that will be consistent across different dynamic levels and frequencies. If you’re looking for something a little different, though, the 6V6-GT will give you equal sound quality with a slightly different tone and feel. The sound quality is the main reason people choose this tube over others, with less compression on the signal than other tubes on the market.

You’ll notice the difference in tone most prominently when you crank the gain on these tubes. The distortion you get from a Tung-Sol tube will be smoother and softer than what you get from other tubes. It’s the perfect tone for genres like blues and jazz, with a vintage-inspired tone. The only downside of the Tung-Sol tubes is the output; they don’t quite generate the volume of other vacuum tubes, which may be disappointing for hard rockers. With that caveat in mind, these remain among the best 6v6 tubes you can buy. 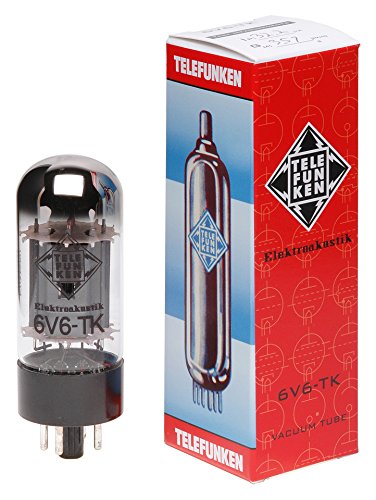 Another excellent contender if you’re looking for a sound that’s slightly different than the standard is this Black Diamond tube from Telefunken. This company has been quietly putting out high-quality audio and recording equipment for several decades but have only started to get more wide-spread attention outside of Europe, thanks to products like these tubes.

These tubes are just as rugged and consistent as their American counterparts. All the company’s tubes are cryogenically treated for maximum stability and durability and subsequently tested to ensure they’re measuring up to the company’s rigorous standards. In terms of the sound quality, it’s modeled off of the original RCA 6V6 tubes released in the 1930s, and will deliver a similar vintage tone that’s slightly less aggressive than most modern tubes while still capable of functioning in demanding amps like the Fender Champ or Deluxe Reverb.

Your reason for buying new vacuum tubes for your amp will have a lot to do with your decision when it comes to finding a replacement. Most of the 6V6 tubes you find will be aiming for a very similar sound, often best represented by the tone of the classic Fender amps mentioned earlier. If this is the sound you want to get, as well, the main factor you’ll want to consider in more depth is the durability of the tubes and how high of a voltage they can comfortably handle. Both the Electro-Harmonix (see full specs) and JJ Electronics (see full specs) tubes above come highly-touted by professional guitarists across genres, and also come in convenient matched pair and matched quad sets, saving you both effort and money if you’re replacing multiple tubes at once.

If you’re getting new tubes because you want to change the way your amp sounds, you’ll need to spend a bit more time assessing your options. Because of the effort that’s involved in changing your tubes, you’ll probably be better-served finding a recording of someone playing the tubes in question on an amp similar to your own than trying to test out the sound with your own gear. Generally speaking, you’ll find less variation on the clean tone than the distortion, where the difference between different makes and styles of vacuum tubes will be the most apparent.