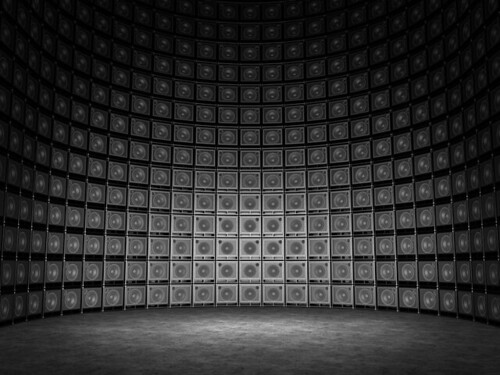 Photo by Ilmicrofono Oggiono / CC BY

4x12 cab—nothing can beat it if you’re going for pure power. These babies are responsible for the soul-shaking walls of sound pouring down from many rock and metal stages, allowing the big performers of the ’70s and ’80s to get around the limitations of early sound systems.

Venues and studios have much more advanced technology at their disposal today, and the 4x12 cabinet has lost some of its popularity as a result. Detractors of these massive cabs say they sacrifice sound quality for volume and that smaller cabs strike a better balance between tone and power. While this might be true of some, the truth is a well-made 4x12 cab can transform the sound of your amp, expanding it in ways smaller cabs can’t. For proponents of 4x12 cabinets, nothing feels quite the same as being backed up by a massive wall of sound.

Here are our recommendations for the four best 4x12 cabs on the market: 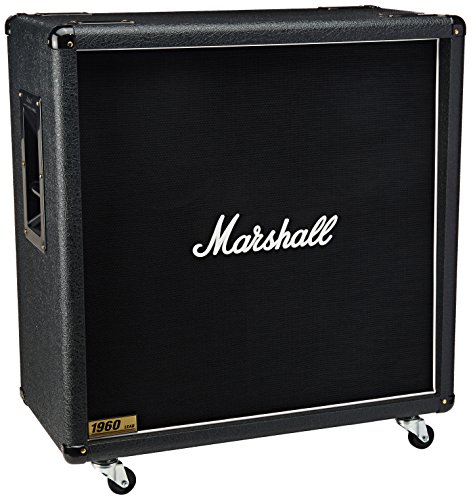 To be frank, you can make an argument for Marshall’s amp and cab superiority no matter what configuration you’re looking for. The Marshall 1960B is probably the exact cabinet you imagine when you picture a 4x12. It’s a 300-watt closed-back cab loaded with four Celestion G12T-75 speakers that will sound great with whatever head you use to power it.

Marshall cabs are built to last (see full specs). You can still find vintage Bluesbreakers out there from the early ’60s, and they use that same craftsmanship on their modern 1960 cabinets. And they’re not just road-worthy because they’re durable. Everything about the Marshall 1960B is built for gigging musicians, from the convenient handles to the casters on the base.

It’s a stretch to call any 4x12 cab portable, but this one is far easier to wrangle than most. This combination of superior sound and impeccable build is what has kept Marshall at the front of the pack for half a century. It’s one of the best 4x12 guitar cabinets around. 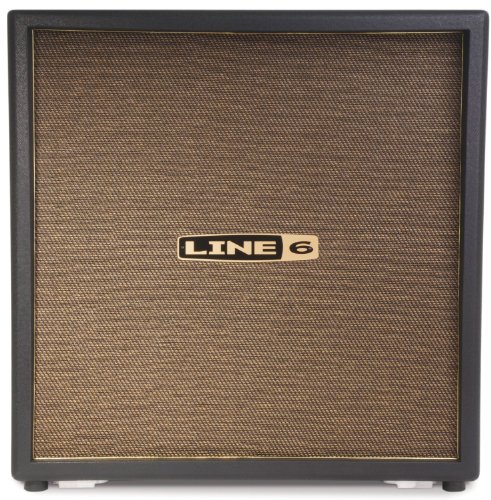 Since their inception in the mid- ‘90s, Line 6 has been mainly known for their developments in amp modeling. Because of this, most people think of them more for amp heads than speaker cabs. But their DT50 is a solid 4x12 option, especially if you plan to use a solid-state head or take advantage of digital amp modeling.

Line 6 uses only Celestion speakers in their cabinets. The DT50 comes loaded with 2 Vintage 30s and 2 Custom G12H90s, a combination that strikes an ideal balance of power and musicality. Don’t assume you have to pair it with a Line 6 head, either. These Celestion speakers are very responsive and capture all the nuances of true tube distortion. Add to that the fact that it’s solidly built with an elegant tweed cover that will look great on any stage.

All in all, The DT50 is a versatile mid-range cab that definitely outplays its price point, making it one of the best 4x12 cabinets for the money. 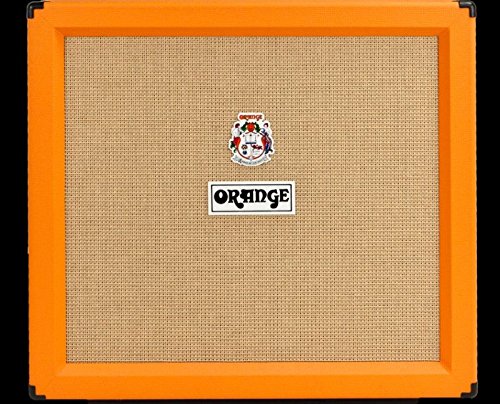 Orange is another huge name in amplification, and they make huge amps exceptionally well. The closed-back design of the PPC412 is key, giving you the powerful, resonant tone you want from an amp of this size. With 240 watts of power, output definitely isn’t a concern, either.

Most Orange amps come with Celestion speakers, and the PPC412 is no exception. It uses custom-voiced Vintage 30 speakers that play beautifully with the cab, especially if you connect it to an Orange valve head.

The PPC412 isn’t overly massive in terms of dimensions, but it is heavy. The flip side of that is it’s built like a tank, constructed for high-density birch plywood. Getting it on-stage can be a hassle, but you’ll love it once you get it there—and it can stand up to being manhandled on the journey. For this and many other reasons, the Orange is one of the best 4x12 cabs around 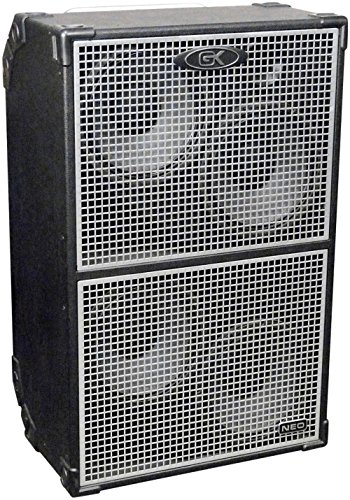 We’d be remiss if we didn’t give a shout-out to the bassists out there. The trend in recent years has been toward 4X10” configurations, but nothing beats a 4X12” for pure power. With 1,200 watts, the Gallien-Krueger Neo 412 (see full specs) is a beast. It stands out from the pack because it uses neodymium speakers that are lighter and more responsive than other materials.

Think the power of a 4X12” with the feel of a 4X10”—the perfect amp for metal, punk, or any genre where you need massive output but can’t sacrifice speed and definition. It’s not just for bassists, either. Guitarists who want a fat low end will also love the sound of this cab.

The build on this cab is as solid as it looks. The Neo 412 is ideal for touring musicians. In terms of portability, it’s a lot easier to move around than a full stack or an 8X10”. The design is pretty basic, but the sound is anything but. The speakers are custom-built to complement the cab, and they deliver uniform punch with a fat low end and rich harmonics. When you bring it all together, the Neo 412 is arguably the best 4X12” bass cabinet on the market.

Trip Wamsley Bass Solo
Why Get a 4x12 Cabinet?

If you want to get more volume, you need more speaker area. One big debate among guitarists and bassists is whether it’s best to do this by stacking two cabinets or by get one large amp. You’ll get the same speaker area playing through two 2X12” cabs that you will using one 4X12”, so in theory it seems like you should get the same sound.

In truth, a 4X12” does sound different, especially if you’re using a closed-back cabinet. There’s more space for the soundwaves to resonate in a bigger cab. This gives you a deeper, fatter low end. You’ll especially notice the difference if you use a tube-powered amp head, but even solid-state heads will sound more resonant played through a 4X12” cabinet.

To be fair, a cab of this size isn’t for everyone. Portability is definitely a concern. Most 4X12” cabinets weigh close to 100 pounds, and that’s before you put the head on. The dynamic versatility of stacked 2X12”s makes them appealing if you play in venues of various sizes—a 4X12” cab can feel like overkill in a small club. But if you’re looking for a bigger sound, you should give a listen to the cabinets above in action—each, with its particular strengths, qualifies as the best 4x12 cab around. Bottom line: they all deliver the kind of massive output you just can’t get from a smaller cab!