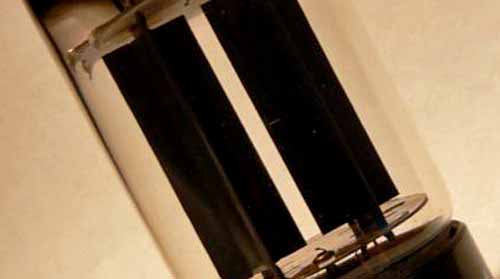 Photo by Tigerplish / CC BY

a great 5AR4 / GZ34 rectifier tube sounds fine but what exactly is an rectifier tube? Well, they’re one of those elusive inner components of the amplifier. You need one for the amp to function, but it never directly affects the guitar’s signal. Just because it’s not in the signal chain doesn’t mean it’s not important.

The 5AR4 is on the tighter, more efficient side of the rectifier spectrum. It’s the tube you’ll find in a lot of Fender amps and is comparable in design to the GZ34 used in vintage Vox AC30s (we’ll use the 5AR4 GZ34 interchangeably here). If you’ve never thought about your rectifier tube before, maybe it’s time to start!

Here are our recommendations for best 5AR4 rectifier tubes on the market: 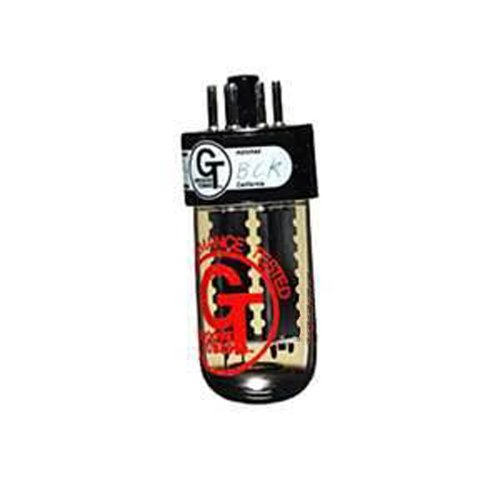 Fender was the pioneer of the American 5AR4, which they use in many of their Deluxe Reverb and Super Champ amplifiers. Their Groove Tubes line is known for high output and durability. As the highest-output rectifier tube in their line, the GT-5AR4 is specifically designed for large, high-powered amps of 40 watts or higher.

The recovery time on Fender’s GT-5AR4 (see full specs) is faster than what you’ll get out of a factory rectifier tube, and that means less sag and compression when you’re playing hard. It’s the closest thing you’ll get to the speed of a solid-state rectifier without losing the feel of a tube. 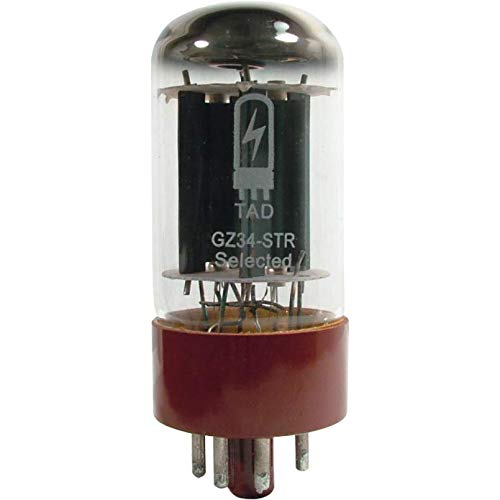 Another great option if you’re looking for a highly responsive 5AR4 tube is this model from Tube Amp Doctor. You can feel their efficiency over factory tubes. They’re especially well-suited to the Vox AC30, improving the musicality and articulation at all levels of distortion.

The efficient operation of the TAD 5AR4 (see full specs) doesn’t just improve your sound, it also extends the tube’s life. It runs noticeably cooler than cheaper tubes, even after you’ve been running a lot of power through your amp. Less temperature fluctuation means less strain on the glass, and that means fewer blow-outs and failures. Tube Amp Doctor 5AR4 tubes get high marks for being both reliable and responsive—and is the one of the best 5AR4 rectifier tubes for the money.

If you want a slightly cheaper option, you’ll want to look at one from some European countries. The Russian brand Sovtek manufacturers tubes for both instrument amps and hi-fi equipment. They understand what it takes to get a good tone, and their consistency has made them popular with instrument manufacturers. If your rectifier tube fails and want a direct replacement for the old one, a Sovtek will do the job. Odds are, when you open up your amp that’s what you’ll find inside.

The main downside of a Sovtek tube over pricier options is durability. It’ll give you a few hundred hours of solid performance, but the average lifespan is shorter than that of a Good Vibes tube (for example). Still, it will give you solid performance for the price, which makes it among best GZ34 tubes if you’re on a budget.

Another European brand with a reputation for value, the Slovakian company JJ Electronics is one of the largest vacuum tube manufacturers remaining in the world. If your rectifier tube fails and you need to replace it on a budget, their 5AR4 is an affordable option that comes in at about half the price of big-name tubes. They do have a bit more sag than pricier tubes, but they’re still very responsive and make an excellent replacement for both Vox and Fender amplifiers.

In general, JJ tubes are very durable. Having said that, they’re not as consistent tube-to-tube as other manufacturers. Every once in a while they do send out a dud—you’ll know if you get one because it will blow out hours after you install it. This isn’t common, but if it does happen just send the bad tube back. The majority of tubes that JJ Electronics sends out will last you as long (or longer) than ones made by better-known companies.

When I Should I Upgrade to the Best 5AR4 Rectifier Tubes?

You can always replace a tube with another of the same type without worry. If your amp was built with a 5AR4 (or, like we’ve said earlier, a GZ34, the British designation of the same tube) you can install any of the tubes above in its place.

A 5AR4 can be a drop-in replacement, size-wise, for a 5Y3. Voltage-wise, it’s not always a good idea. Modern 5Y3 tubes put out a higher voltage than their vintage equivalents, and the modern amps that use them are built to accommodate that.

If you have a little 20-watt Princeton, swapping the rectifier tube to a 5AR4 is usually a safe way to make it less saggy. The older the amp is, though, the more careful you have to be—and even with newer amps, you should review the schematics and make sure every component can handle the voltage you’ll be feeding it.

The bottom line is if you’re switching from one type of tube to another, talk to a knowledgeable guitar technician before you do it unless you’re absolutely certain the amp can handle the voltage load. This is especially important when switching to a 5AR4 / GZ34. Changing to a more efficient rectifier can increase the voltage sent to the rest of the amp. If you’re not careful, this could cause irreversible damage to your amp (and it could even be dangerous, if it happens on-stage).

Do I Need to Replace My Rectifier Tube?

Rectifier tubes last a long time, even longer than output tubes. A good one can last you a decade or more, depending on how often (and how hard) you play. They also don’t wear out over time like other tubes do. If you’re generally happy with the way your amp feels, there’s no reason to swap out the tubes until there’s a failure.

If you want your amp to be more responsive or to feel tighter overall, upgrading to the best 5AR4 rectifier tube you can afford is a great way to do that. It’s also a way to lessen the amp’s recovery time after hard passages, making your sound more consistent and easier to control. Since it doesn’t directly impact the guitar signal, you can do so without worrying that you’ll mess up your tone. Good luck!