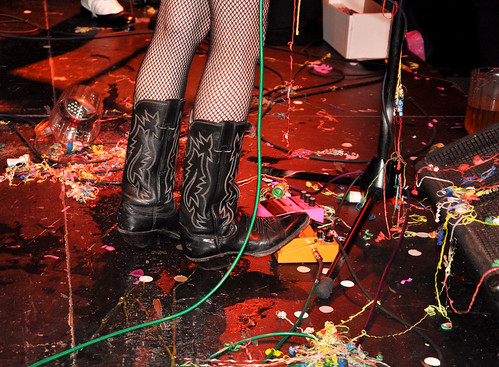 Photo by Brando Bean / CC BY

pedals for solid state amp – the prevailing wisdom in the guitar equipment world is that effects like boost, distortion, and overdrive don’t play nicely with such amplifiers. In fact, if you ask most guitarists for a recommendation, they’ll tell you the best way to get more distortion is to buy a tube amp.

Most distortion pedals don’t sound great paired with solid state amps (or at least don’t sound quite as good as they do on a valve amp). There are exceptions to this rule, though. Some pedals sound equally good no matter what amp you’re using, while others are made for use with solid-state amplifiers. We’ve picked out our favorites and reviewed them below. If you’re seeking solid state distortion, any one of these will fit the bill nicely.

Here are our reviews of the 4 best distortion pedals for solid state amps on the market: 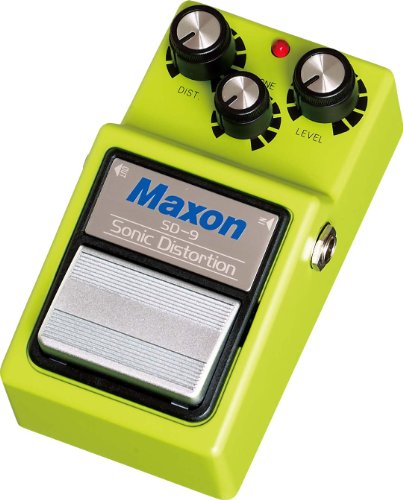 One of the main issues players have using distortion pedals with solid state amps is a lack of power. That’s what makes the Maxon SD-9 such an appealing choice. It gives you massive output, boosting your gain as much as 55dB. Even better, it remains responsive and true to your attack and dynamics, even when you have it cranked to the max.

The distortion effect from the Maxon SD-9 (see full specs) is remarkably balanced. Most distortion pedals are a bit weak in the low end, leading to a distortion that sounds thin or overly compressed. With the Sonic Distortion, you’ll get the smooth, responsive fuzz you’d expect to only get from a vacuum tube.

The design of the SD-9 is simple but smart. For a compact pedal, it gives you a good amount of space between the footswitch and the knobs. It’s also easier to see your settings from a distance than with most pedals—a definite advantage when you’re using it on-stage. All-told, this is one of the most impressive distortion pedals you can get to pair with any amp. 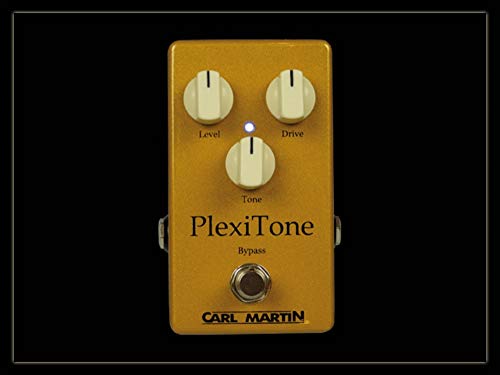 The dual-channel PlexiTone is one of Carl Martin’s most popular effect pedals. With their single-channel PlexiTone-S, they give you the same basic effect but in a compact package that’s easier to fit onto your pedal board.

While the Plexi-Tone-S (see full specs) is very close to the sound of the high-gain channel on a standard PlexiTone, it has a slightly better balance for a solid state amp. It’s a bit tighter and fuller in the low end, with a less abrasive upper register. You can tweak the sound further using the Drive and Tone controls. Just looking at this pedal you might wonder whether it’s worth the price but the quality and versatility of the effect defy the simplicity of the sound. Simply put, this is one of the best distortion pedals for solid state amps period. 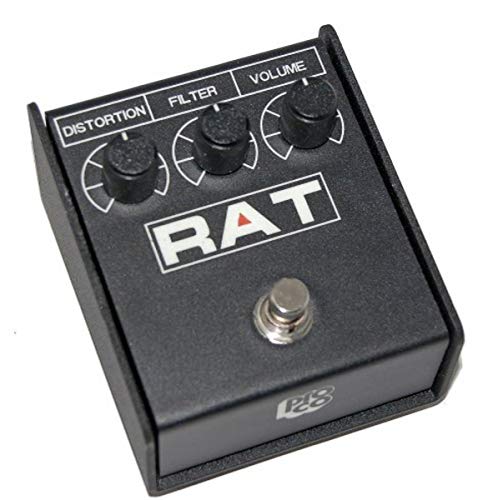 If you’re looking for a quality distortion pedal that works well with solid state amps and is priced to sell, your best option is the Pro Co Rat2. It gives your tone a nice boost along with some extra grit.

The sound of this pedal is impressive. It gives you an authentic emulation of tube-driven distortion, capturing the point where the tone just starts to break up. It’s a versatile effect, as well, smooth enough to serve as an unobtrusive fuzz for rhythm players but with enough power for solo lines, too.

The Rat2 is relatively compact, although it is a bit oddly shaped compared to other pedals. This might be a minor annoyance if you have a full pedal board. Small issues aside, though, this pedal is an exceptional value, giving you a professional-level effect for a very reasonable price.

How To Get CRAZY Distortion With The ProCo Rat 2 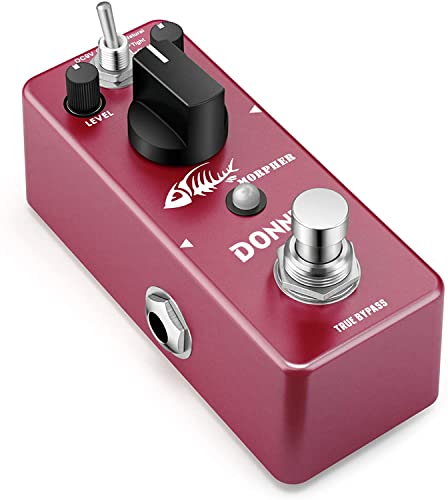 No budget is too small to get your hands on an external distortion effect. Donner has made a name for themselves with affordable versions of popular effect pedals. The Donner Morpher is an intense high-gain distortion in a mini pedal housing—and for a song to boot.

There are three modes of distortion on the Donner Morpher. This makes it a versatile pedal, as well. Used with a small tube amp, it mimics the sound of a full stack, both in terms of output and tonal character. On a solid state amp it adds a nice tube-like distortion, appropriate for rock, pop, and even some metal.

You might expect a pedal at this price point to be cheaply made, but that’s not the case with this Donner Morpher. The rugged aluminum alloy casing stands up nicely to bumps and drops, and the workmanship is solid and consistent across pedals. If you’re looking for the best buy in solid state distortion, you’ll love the Donner Morpher. For the money, it’s doubtless among the best distortion pedals for solid state amps.

A night with 3 Donners

The Difficulty with Distortion on Solid State Amps

Distortion comes naturally to tube amplifiers; any vacuum tube pushed hard enough will begin to distort whether you want it to or not. This is why boost and overdrive pedals simply won’t work for a solid state amp. They not designed to provide a new color as much as they enhance the amp’s natural distortion. With no existing distortion to play off of, these pedals are functionally useless.

True distortion pedals, on the other hand, do bring their own color to the table. Some of them are still designed more to complement an existing distortion and won’t sound their best unless they’re hooked up to a tube amp, but many will sound equally good (if not exactly the same) played through a variety of amp brands and styles.

Unfortunately pedal manufacturers do not always make a distinction between these different styles of pedals. They may call something a distortion pedal because it enhances your distortion, even though it doesn’t produce any distortion of its own.

The long and short of the matter is you just can’t tell until you hear a pedal in action. Even pedals that work well with most solid state amps might not give you the particular distortion effect you’re looking for when it’s run through your equipment. Listening to recordings of people using an effect pedal (say, on Youtube) will give you a general idea of how it sounds, but keep in mind it may sound completely different once you hook it up to your amp.

Getting best distortion pedal for solid state amps can be tricky, but it is certainly possible—and all four of the pedals above qualify. Hopefully this article has helped you find your perfect distortion! Good luck!