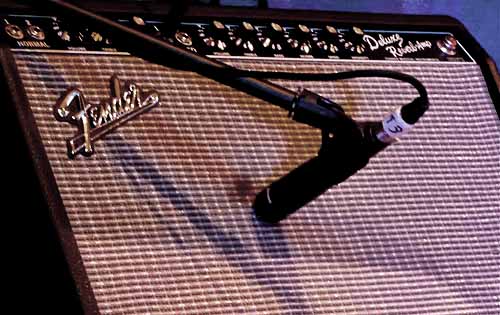 Photo by Robert and Talbot Trudeau / CC BY

Deluxe Reverb broke new ground when it was released in the early ‘60s, incorporating a spring reverb directly into their already popular Fender Deluxe amplifier. This helped to usher in the era of guitar effects and changed the sound of rock guitar forever.

Fender has reissued the Deluxe Reverb at various points since but none of these new designs have quite lived up to their original vintage model. That doesn’t mean you have to track down a functioning 50-year-old amp to get that classic tone, though. Other companies have developed clones that emulate the Deluxe Reverb’s performance much better than the solid-state Fender reissues.

While many of the best Fender Deluxe Reverb clones are made by small boutique shops, you can find some options that are more widely-available (and more affordable, for guitarists on a budget). All of these amps will give you the rock guitar sound you crave without the hassle of tracking down a vintage amp.

Here are our recommendations for the 4 best Deluxe Reverb clones on the market: 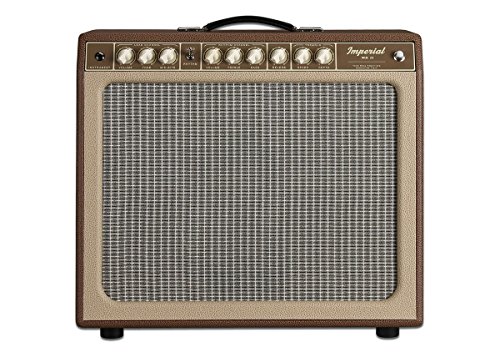 The Tone King Imperial MKII brings you a vintage tube sound to match the old-school aesthetics of the housing. This 2-channel 1X12” combo amp matches both the power rating and the circuitry of the Fender Reverb Deluxe. The clean tone is sweet and mellow without getting shrill in the upper register. It’s especially impressive when you push it into overdrive, which is Blackface-like but with a more present mid-range.

The effects on the Tone King Imperial MKII are worth a mention, too. It comes with a true tube-driven spring reverb and a tremolo with adjustable depth and speed. The lead and rhythm channels have separate EQ controls for easy sound adjustment.

For a tube amp, the Tone King Imperial MKII is relatively easy to carry to gigs and not too heavy. It’s well-built, too, with a solid cabinet construction that holds up well on the road. While it’s one of the pricier amps, it’s built to last and worth the investment if you want the best Deluxe Reverb clone around. 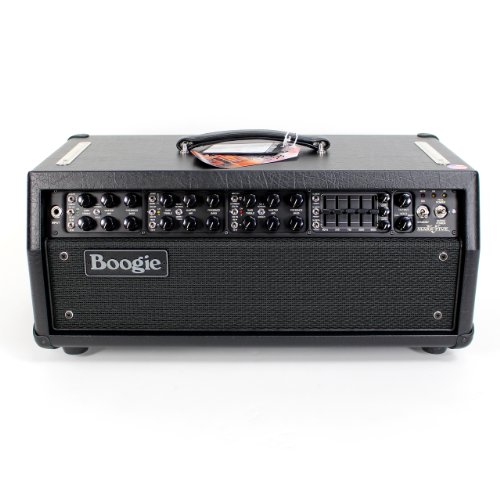 The amps from the Mesa/Boogie Mark series are probably the best-known of the modern Blackface-style amplifiers, and with good reason. They use a similar signal path to the original Deluxe Reverb, giving you the cascading gain tone on the lead channel that the classic Fenders are known for.

This Mesa Boogie Mark V head is also a top pick for anyone who likes having a lot of tonal options. There are 9 separate amp circuits built into the Mark V head, giving you access to a wide range of sounds. For more subtle adjustments, the graphic EQ gives you precise control over individual frequency ranges along with the knob controls for presence and gain.

The downside of all those circuits is that the Mesa Boogie Mark V is heavy—over 40 pounds, even before you add the cabinet. That’s one reason many players use this head with an extension cab rather than buying a combo amp, letting you move the pieces separately if you need to. 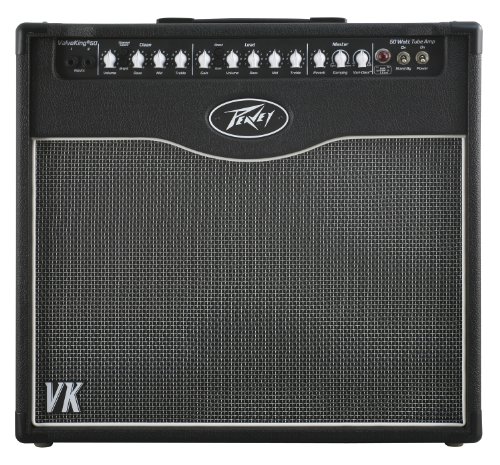 Strictly speaking the Peavey ValveKing II isn’t a direct clone of the Fender Deluxe Reverb, but it shares enough in terms of both function and tone that it counts for this list. If you want a vintage Deluxe Reverb sound but you can’t afford a $1,000 amp, the ValveKing II 50 is a more budget-friendly option.

Like other amps on this list, the Peavey ValveKing II 50 has independent EQ for the clean and lead channels, along with a boost and gain controls on the lead channel. This gives you a good amount of control over your tone. It also has a valve-powered reverb with level control and a buffered effect loop.

While the Peavey ValveKing is on the heavier side, it’s convenient to use once you get it to the gig. The channels are foot-switchable and there’s a direct recording output via USB for the studio. That’s more options than you get from some amps that cost twice as much. The Peavey ValveKing is a great value for the sound quality alone, and our top choice if you want the best Deluxe Reverb clone for the money. 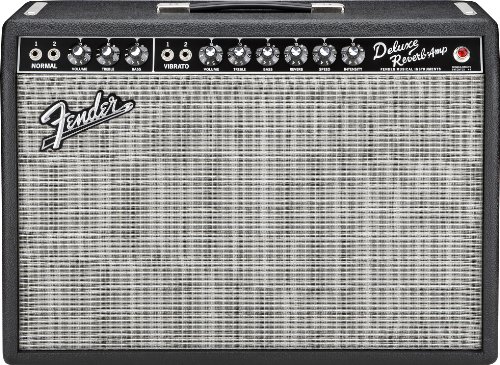 I know what you’re thinking. Didn’t we just say the Fender reissues aren’t great? There’s always an exception that proves the rule, though, and in this case it’s the Fender 65 Custom Deluxe Reverb reissue, which has the effects, sound quality, and flexibility you want from a Deluxe Reverb clone.

The Fender 65 Custom Deluxe Reverb includes reverb and tremolo on both channels, something the original amps couldn’t boast. The Jensen C-12K speaker that comes loaded in this amp does the amp’s vintage rock tone justice, with a massive tube amp tone that breaks up beautifully when you push the gain.

Something else we love about this Fender reissue is that it includes modern touches without ruining the vintage vibes. You can easily adjust the reverb level and tremolo speed and each channel has its own independent EQ. That gives you a lot of flexibility to find your ideal tone. Switching channels is simple, too, especially when you use the included 2-button footswitch.

The most emulated part of the Deluxe Reverb design is the preamp stage. The Twin Reverb and Deluxe Reverb (often collectively referred to as “Blackface” amps) put the tone controls between the first and second gain stages of the preamp tube. They also put the volume control after the treble control in the signal chain. Any amp that uses this signal path in their amps likely gained inspiration from a Fender Blackface amp.

Of course, the built-in reverb is a big feature of the Fender Deluxe Reverb, too. True clones of the classic amp will use an analog, tube-driven spring reverb. This has a more authentic, natural sound than solid-state effects that are added to some modern amps (such as many of the less popular Fender reissues).

Purists will tell you there’s no true replication of a vintage amp, and if we’re being technical none of the four amps on the list above are exact copies of the Fender Deluxe Reverb. Considering how hard it is to track down an original ’60s model, though, they’re as close to the real thing as you’re likely to find, and you won’t be disappointed by the sound or feel. Good luck!