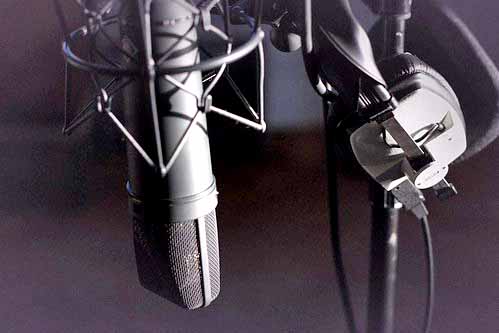 Photo by Mads Bødker / CC BY

U67’s smooth sound revolutionized the recording industry in the 1960s. This legendary tube microphone remains one of the most in-demand vintage mics, and originals can be both pricey and hard to come by.

The good news is there are quite a few companies making fantastic clones of this classic microphone. These newer versions based on the traditional design give you the same great tone quality at a much more reasonable price.

We’ve picked out our top U67 replicas and reviewed them below. These large-diaphragm tube condenser microphones are ideal for recording vocals with a vintage vibe, just like the original.

These are our recommendations for the 4 best Neumann U67 clones on the market. 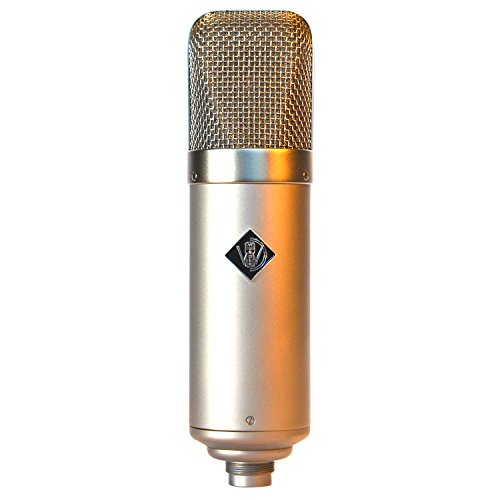 If you have the budget for it, the Wunder Audio CM67S is one of the closest clones of the vintage U67 you’ll find. Vocal performances have a smooth, warm sound with a sparkling, natural top end. The authenticity of the sound is probably our favorite thing about the CM67S. The sound is natural, full, and balanced. While it’s ideal for vocals, it also sounds great when used with acoustic guitar, or as a tom mic for your drum set.

The engineers at Wunder Audio have even made some upgrades to the design of the U67 with the CM67S. It moves the relay for the switchable cardioid mode to the inside of the microphone. This produces a fuller sound and gives you the option of 8 different polar patterns, something they’ve taken from a different vintage microphone, the Neumann M49.

As far as specs, the Wunder Audio CM67S uses a K67 capsule with a two-piece back plate, allowing individual tuning of both diaphragms. It also has a unique transformer that uses tertiary winding to create negative feedback and smooth out the higher frequencies. While the price on the Wunder Audio CM67S does likely put it out of the budget of hobbyists, it’s a fantastic mic from top to bottom and one of the best U67 clones you’ll find around.

Pearlman mics are designed to have the quality you need in a professional studio while still selling for a price home recording hobbyists can afford. The Pearlman TM1 uses a custom-designed and hand-wired circuit that’s been voltage tuned for optimal performance. It also uses new old stock tubes identical to the Telefunken VF14 tubes used in vintage Neumann mics.

Now if we’re getting technical, it might be more accurate to call the Pearlman TM1 a clone of the Neumann U47. Since the U47 inspired the U67, though, it feels close enough for our purposes. Sonically, it accomplishes exactly the same things you want out of a U67, with the warmth and clean accuracy ideal for vocals and acoustic guitar.

The consistency and build quality of the Pearlman TM1 is worth noting, too. It comes with a shockmount and an aluminum case for traveling, as well as a custom cable and power supply, giving you everything you need for a high-quality recording in one convenient package.

For the mid-range mic that sounds the closest to a Neumann U67, the Mojave Audio MA-200 is the way you want to go. The military-grade vacuum tubes and Jenson transformers used in the MA-200 eliminate the distortion and shrill, thin sound you get at high frequencies with many modern condenser mics. It gives you a perfectly clean signal path, with switchable internal power for more versatility in recording studio set-ups.

You’ll be blown away by the depth of sound you get with the Mojave Audio MA-200. It gives both male and female vocals an expansive, full-bodied sound, and is equally attractive for use with orchestral stringed instruments and guitars. We find the cardioid pattern works best when used up close for individual voices and instruments, but other studios use the MA-200 as a room mic to great effect, so it’s one of the more versatile options on the list.

Designer David Royer designed the MA-200 after the model of the U67, and that shows clearly in every aspect of the design. This is arguably the best Neumann U67 clone for the money, providing exceptional performance at a very reasonably price for a professional mic.

For hobbyists whose budget has them looking more in the ultra-affordable category, the MXL V67G has that same mellow tube sound as a vintage mic but at a fraction of the price. The V67G has a nice transparent sound that’s both pure and clear, with a depth and realism that’s ideal for vocals.

The eye appeal of the MXL V67G is high, too. The rounded gold grill gives it an old-school look to match its sound. It also comes with a carrying pouch and a stand holder. You’ll need to buy your own shock mount if you need one—which you’ll be able to afford, considering how much you’ll save on this mic.

We especially recommend the MXL V67G to anyone getting a mic for voice-over work or other dialogue. Its clarity and sensitivity are ideal for these applications. On the flip side, it doesn’t work as well as some of the other mics on this list for instrumental work. Still, for vocals and other voice work, it’s a steal at the price.

What’s So Special About the U67?

The U67 came out in 1960 as an upgrade to the Neumann U47. The main improvement the company made between the two models was that the U67 used the new K67 capsule, which has since become the most replicated capsule of all time.

The two-piece backplate on the K67 capsule allowed the two diaphragms to be tuned individually. That allowed for it to be more precise, more consistent, and easier to fix if one of the diaphragms detuned.

The grill on the U67 also saw an upgrade, one that made it much better for using close to sound sources without the risk of distortion. Close recording had become more popular in the late ’50s, after the introduction of multi-track recording, and the U67 was built to accommodate that. All of these factors together gave the U67 a warmer, more accurate vocal response than the other mics available at that time, earning its spot as one of the most popular mics in recording history.

We hope this breakdown has helped you understand why the Neumann U67 is so revered, and just what you should look for in a modern imitator. While high-quality microphones can get expensive, you don’t have to spend a fortune for the best U67 clone, especially if you pick one of the more budget options above. Good luck!