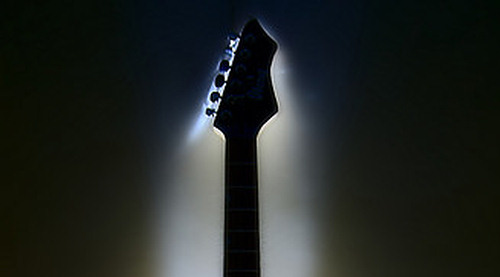 Photo by Michael Pardo / CC BY

guitar on Rocksmith can be both more fun and more affordable than immediately going the private instructor route. Playable on Xbox or Playstation systems—or on your PC or Mac—Rocksmith lets you plug in an actual guitar, rather than using the controller-style instruments that came with games like Guitar Hero and Rock Band.

While it is possible to play the game with an acoustic instrument as long as it has a pick-up, it’s best to use an electric guitar so that all of the sound you’re producing comes out through the game. Electric guitars also have generally lower action than acoustic, which can be easier to play if you’re a first-time learner. If you’re using Rocksmith as a learning tool and intend to keep playing beyond the game, all of the guitars below are excellent choices for a beginning player that will serve you well after you’ve played through the game’s content.

Here are our recommendations for the 4 best guitars for Rocksmith on the market: 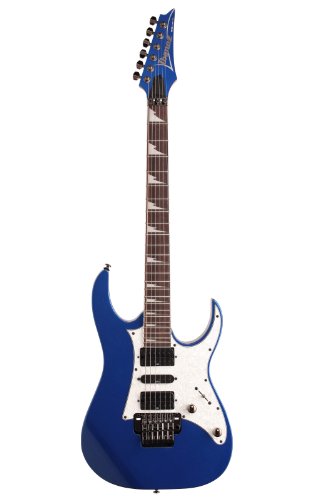 One of the more distinctive guitars in the Ibanez line, the RG450 has a durable basswood body that’s built to withstand the rigors of frequent playing. The Wizard III neck is thinner and flatter than most electric guitar necks, making it more comfortable to play and easier to play fast. Ibanez guitars have a loud, fat sound and good sustain, giving them a warmer and more assertive tone than other well-known guitar brands. The best thing about the Ibanez RG450 (see full specs), though, is its action, which can be set very low without getting any buzzing noise. This is part of what makes this guitar play so fast, and what makes it so much fun to play once you’ve gotten some technique under your fingers.

The Stratocaster has been shaping the way people hear the guitar since the ‘50s. Its iconic double-cutaway design has an extended “horn” at the top for balance, and is one of the most versatile guitar bodies on the market, playable in any style from pop to country to R&B, making it perfect for the beginner who might not know yet exactly which style he wants to play. This guitar (see full specs) has a distinctive thick tone with a forceful midrange and a quick attack. It’s comfortable and easy to play, and the hardware and build are of high-quality, durable woods and materials.
Fender Squier Classic Vibe 50's Stratocaster 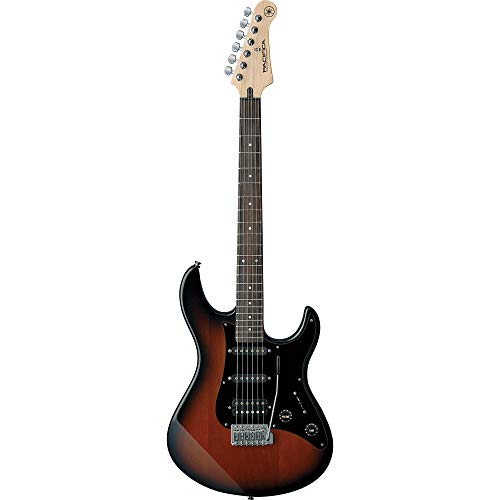 Perhaps you’re not sure if you want to keep playing guitar after you learn it through Rocksmith but still want a well-crafted instrument that leaves the option open. If that sounds like your situation, the Yamaha Pacifica is your answer. At its price, it’s very affordable for a gig-ready guitar, with a solid-wood construction of maple and rosewood. Yamaha designed the Pacifica series for session players who need a versatile instrument, and its sound works well with any style or genre. It has a low action that makes it comfortable to play, even for beginners. The diecast tuners and block vintage-styled saddle keep it perfectly in tune even after hours of play, letting you focus on your technique rather than worrying over the instrument. For the budget-minded, this just might be the best guitar for Rocksmith.

Clearly someone over at Ubisoft thought the Epiphone Les Paul was a good guitar for playing the game—it’s the model that comes with the Rocksmith 2014 bundle. The Les Paul is named for its designer, and along with the Telecaster and Stratocaster discussed below, is one of rock music’s most iconic guitar shapes. Affordable and reliable with a classic look, sound, and feel, the Studio LT is cut to the same specs as the 1952 original design, with the playability of Gibson Les Paul models that cost twice as much. This is likely the best guitar for Rocksmith period.

Guitar for Rocksmith: This Much for a Video Game Controller?

If you’re buying a guitar exclusively to play the game—rather than because you want to learn to play guitar—then you’ll probably be served well enough by getting the cheapest electric guitar you can find down at the local pawn shop. Find something playable with no major construction flaws and a low enough action that it won’t hurt your fingers, and the game’s onboard audio filters will make it sound better than it really is—at least good enough to be tolerable while you play through the game.

If, however, you want to use Rocksmith as a means of learning the guitar, it behooves you to invest in a good instrument like the ones above. Flaws in the construction of cheaper guitars can make them harder to play and negatively impact your technique, and will come back to bite you when you’ve advanced past the game. The sound quality is also a major consideration. You will sound better in Rocksmith than you do on your own at first; that’s to be expected. With a quality instrument, however, your sound won’t be a detriment to your continued playing once you’ve graduated to reading tabs or music and jamming with your friends.

A note for lefties: Rocksmith is compatible with left-handed players. You can select left-handed from the beginning, or change the handedness in the options menu later on. You can buy a left-handed model of any of the guitars above, as well, often for the same price or for just several dollars more.

Whenever you’re learning a musical instrument, regular practice is the key to success. You’re training the muscles of your hands to associate a certain position with a given sound, and any music teacher will tell you this means slow practice and repetition—something a beginner can find frustrating and tedious when all they want to do is play songs. The reason Rocksmith is so successful is because it lets you play these beginning exercises along with a song, using interactive AI to tailor them to your experience level. You still need to practice, slowly and consistently, but with Rocksmith the tedium of the repetition is assuaged somewhat by the video game engine.

Practicing chords takes on a new dimension in Return to Castle Chordead, and even scales are fun using Scale Racer. Whichever part of the game you’re playing, though, it’s up to you to absorb the information Rocksmith is giving you and convert that into actual learning. Be mindful of your finger motions, and occasionally practice without the game, to get a sense of how you sound on your own. If you plan on continuing with playing or lessons past the game, you’ll also eventually need to learn to read at least tabs, if not sheet music. Look up the tablature for the chords as you’re learning them, to begin associating the visual representation with what your fingers are doing. Through practice, concentration, and the best guitars for Rocksmith, the software’s promise of “learn guitar in 60 days” can come true for you. Good luck!