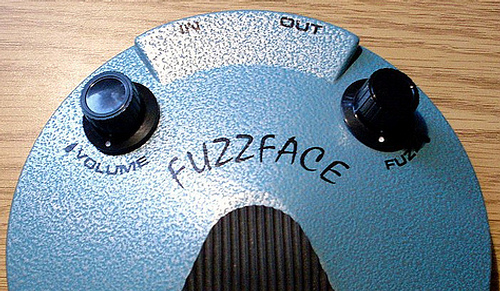 by Jimi Hendrix and other psychedelic guitarists from the late 1960s, the original Fuzz Face was one of the most distinctive guitar effect pedals of its time—not least because of its housing. The iconic “flying saucer” shape of Fuzz Face pedals was said to be inspired by the base of a microphone stand and stood out on the pedal racks of players that used them. While many of the Fuzz Face clones on the market today have a more familiar rectangular casing, the good news is they can still give you the fuzzy distortion the original Fuzz Face guitar pedals were so prized for.

The circuitry in the original Fuzz Face was based on germanium. This contributed to the pedal’s distinctive sound but also made them more temperamental. In the 1970s, companies started experimenting with using silicon circuitry instead. You’ll find modern Fuzz Face clones with both, and depending on your style either one could give you the sound you’re looking for. Below we’ve selected what we consider the 4 best Fuzz Face clones. Take a look, why don’t you. 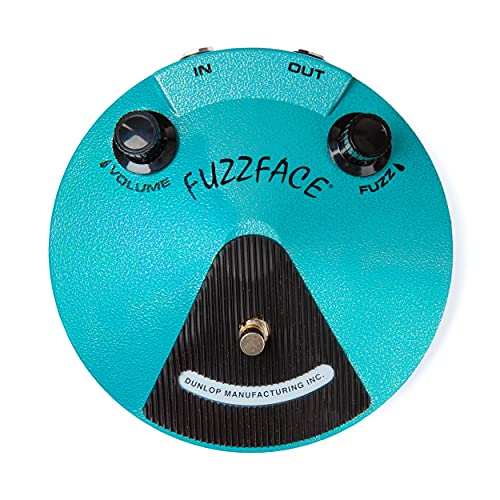 Dunlop Fuzz Face clones replicate the original pedals to a tee, including the flying saucer housing, which gives this pedal a vintage look to go with the vintage sound. Their Jimi Hendrix model is a reproduction of the Dallas Arbiter Fuzz Face from 1969, the pedal Hendrix used on Electric Ladyland.

The interior construction (see full specs) uses a BC-108 silicon transistor with a hand-wired circuit board that matches exactly with the layout of the original. And it doesn’t just give you a faithful replication of the fuzz. With the gain turned down, you get a perfect emulation of the clean tone Hendrix used on his classic recordings. This is among the best Fuzz Face pedals period. 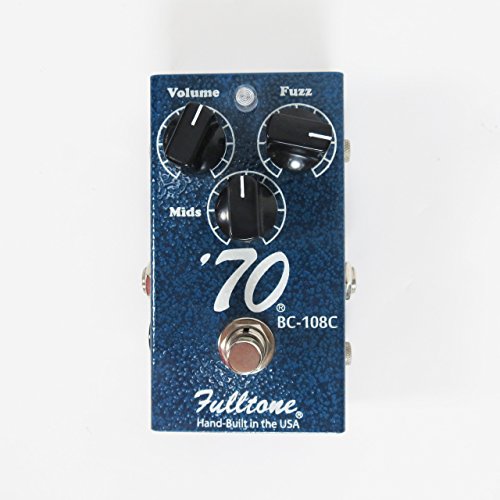 This 70-BC Fuzz is a re-boot of Fulltone’s well-known 70 Fuzz pedal. This newest model uses BC108C silicon transistors and shrinks the circuitry to fit into an even more compact housing—great if you’ve already got a lot of effects pedals vying for space. Like previous Fulltone 70 Fuzz models, this pedal (see full specs) has a mid knob in addition to a volume and fuzz knob, giving your sound more clarity and boosting your presence in the overall mix along with giving your sound a whole lot of extra snarl.

If you have a Marshall amp, especially one of the older 4-input models, this pedal is the perfect match to give you that classic ‘60s tone. Regardless of what equipment you use, it can give you that Hendrix fuzz you’re craving. This is a strong contender for the best Fuzz Face clone for the money. 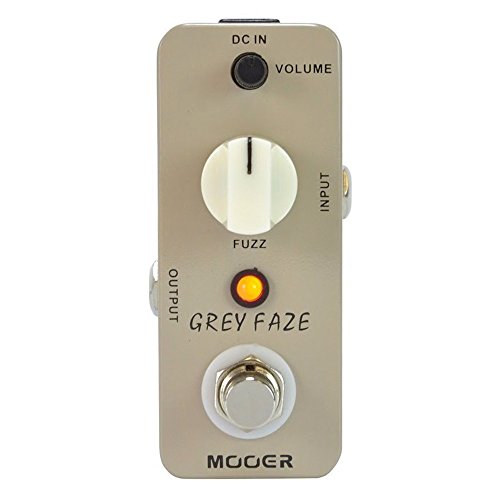 For a smoother fuzz that’s still got that vintage flavor, check out the Grey Faze pedal from Mooer. It uses a germanium transistor just like the Fuzz Face models of the ‘60s, putting it in an incredibly compact steel housing that sells for a fraction of the cost of other Fuzz Face clones. There’s not a lot of frills on this one, though it does come with a true bypass for your signal and a fuzz dial to adjust the level of grit in your sound. If you’re looking for the true germanium transistor sound at an affordable price point, the Gray Faze is your best option.
Fuzz pedal test -Mooer Grey Faze（Germanium Fuzz Face )

The original Big Muff was legendary for its distortion and sustain, and the Big Muff Pi takes that power in a more vintage direction. It gives you a sustain control in addition to the tone and volume dials, letting you shape your tone even more than previous Big Muff models. The display also has two switches you don’t find on other fuzz pedals. Flipping the tone switch takes away the tone control and gives you the full fuzz effect in one fell swoop, while the wicker switch pushes the overdrive to the next level. The end result is a powerful and modern take on the fuzz face idea—and is one of the best Fuzz Face clones on the market.

The most significant difference you’ll find between various Fuzz Face clones is in the make of the transistor. The original Fuzz Face models used germanium (the element, not the flower) as a semiconductor within the transistor. Germanium is hard to find, though, and also has its flaws. It can have trouble handling especially high frequencies and is less consistent across transistors. This led pedal makers to turn to the more plentiful and more stable silicon as a semiconductor. You’ll find more silicon than germanium transistors in use in Fuzz Face clones made today, but both are still utilized by modern pedal manufacturers.

In terms of sound, germanium transistors tend to give a warmer and rounder tone overall, with a smoother distortion that gets more subtle as you reduce the gain. Germanium also reacts more to temperature fluctuations. If you live in a temperate zone, the pedal will sound different in winter than it will in summer; it may also have a different sound if you use it outdoors. Electrical charges can also build up in germanium, which can mean your pedal doesn’t sound quite the same tomorrow as it did today. For proponents of germanium-based fuzz, these quirks give the pedals their vintage charm.

The best way to sum up the difference in sound of a silicon transistor is to say it’s edgier or brighter than germanium. The distortion is sharper but more consistent throughout the range, unlike germanium, which responds differently to high frequencies than it does to low ones. Silicon transistors are better able to give you the same sound every time. They’re also more consistent across pedals and don’t change in response to temperature fluctuations. The fuzz you get from silicon-based transistors could generally be described as more of a modern distortion, one that you can count on no matter when or where you use it.

While the germanium vs. silicon question is a point of debate in the guitar community, the truth is you’ll find fantastic pedals that use both. Which one is better is more a matter of personal preference. You’ll find both materials in use in the best Fuzz Face clones, which we’ve listed above. Listening to them in action is the best way to figure out for yourself which style is the right one for you (and with the right online vendor like Amazon with its great return policy, you can do just that). Good luck!